Another vain attempt at photographing a Yellow-browed! To Yarmouth Cemetery first, where a long walk round (well over two hours!) produced lots of tweets: Blackcap, Goldcrest, Willow Warbler, Chiffchaff and at least two YBWs. Yet again, though, I only caught the briefest of glimpses, despite protracted spells of calling from the Sycamore canopy.

Plenty of other birds today: lots of smallish, dark Song Thrushes which had presumably arrived with an influx of Redwings and Blackbirds. Nice to bump into Kevin again: this time he had his charming littl'uns Charlotte and Harry with him - I couldn't believe how patient they both were!

A move to Winterton was slightly more productive, with a Short-eared Owl in off the sea. It had an escort of small passerines with it during its entire flight across the dunes!

Only other birds of interest were a few Mipits (with a Tripit!) and a watchful Kestrel by the beach. 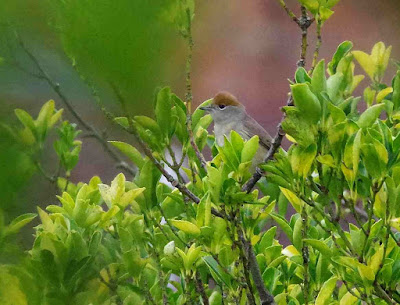 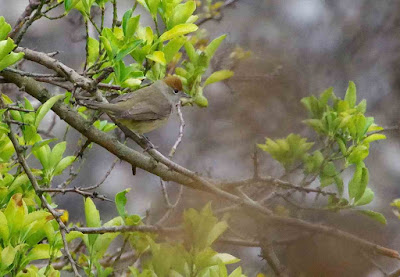 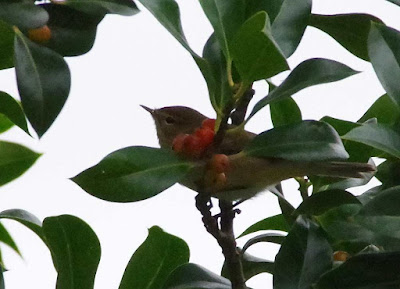 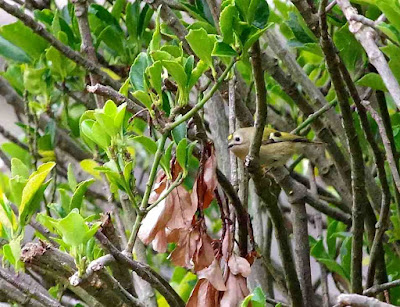 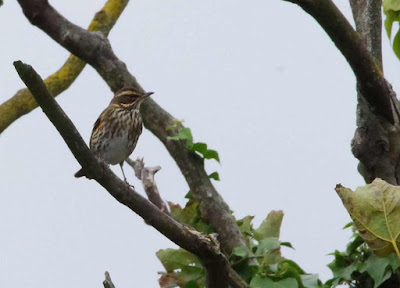 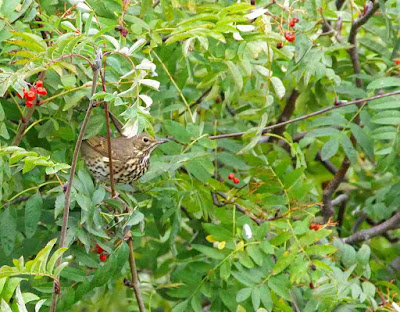 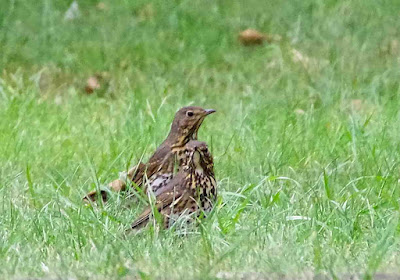 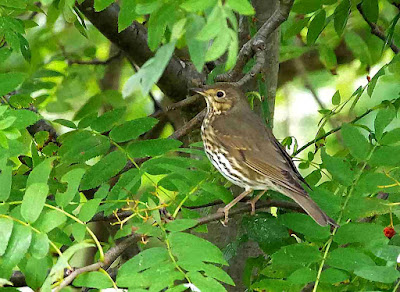 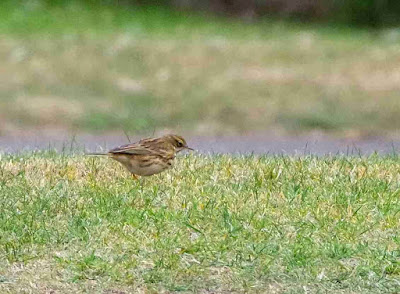 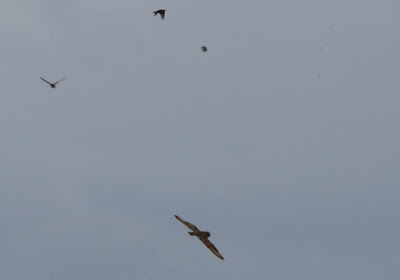 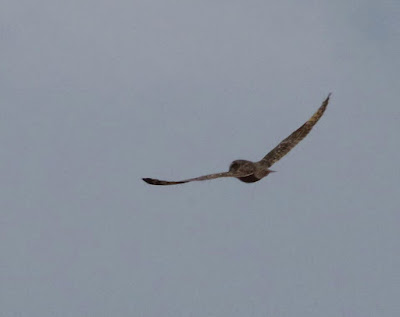 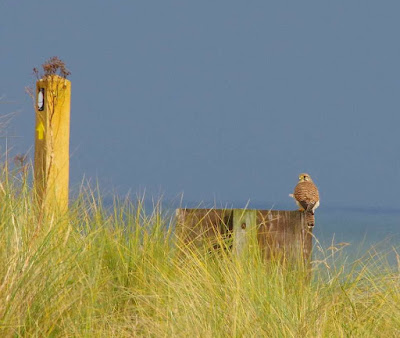