Although the watch-point won't be active until next month and the video feed isn't live yet, Linda and I thought we'd pop into Norwich to see if the Peregrines were back on the steeple yet: they were!

From as far away as Tombland we could see the female perched on a piece of masonry, while a walk round the Close revealed that the male (?) was on the nest tray. At times he hopped up onto the video camera for a better scan of the area! The female flew off eastwards at 10.45, so we adjourned to the Refectory for coffee and a scone: there's a terrific view of the nesting tray from here, although the windows are a bit grimy for photography.

As we walked back to the car, the sun appeared from behind the clouds, allowing a lower ISO and slightly better photos (given that the birds are atop a 300+ foot spire!)

Great to see them back - let's hope their breeding efforts are more successful this season. 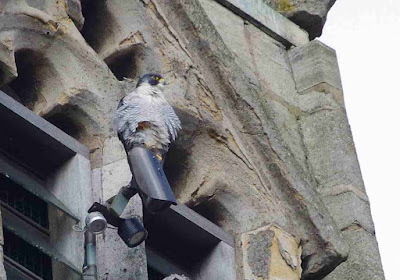 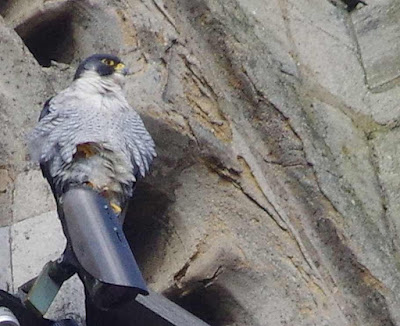 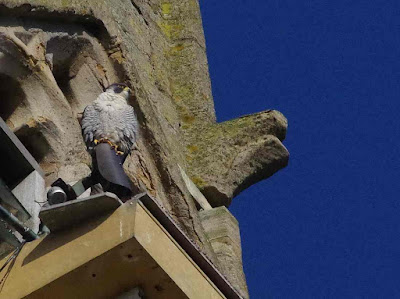 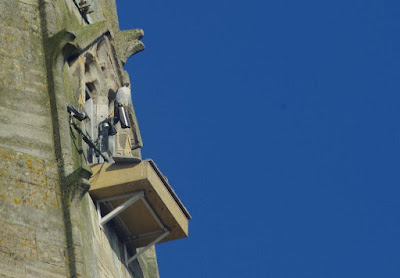 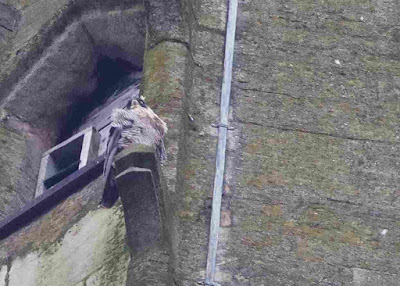 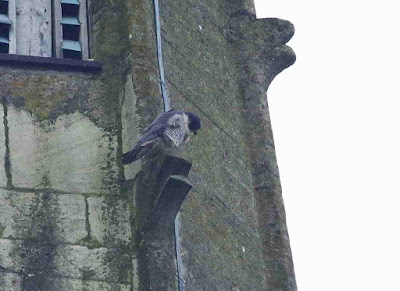 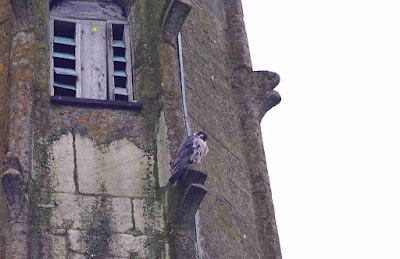 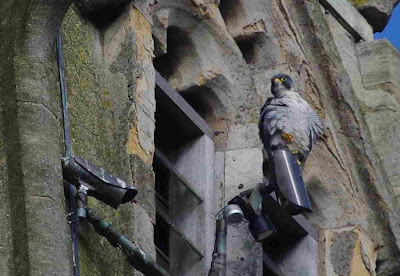 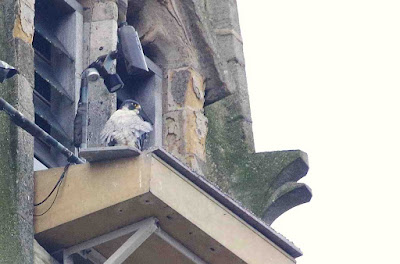 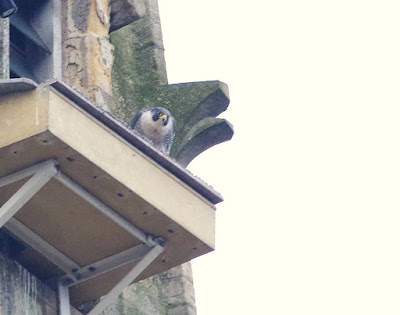