My oldest mate Paul Williams - who lives in Derbyshire - sent me these two lovely photos tonight. Believe it or not, the thin crescent is the planet Venus, photographed by Paul with his 8" reflecting telescope. To exhibit this phase, Venus has to be approaching its closest to the Earth: it will reach inferior conjunction on March 25th. Then, it will become invisible as its unilluminated hemisphere faces the Earth. But if it's clear over the next couple of nights, it's really worth having a look at Venus - it's the bright 'star' just above the western horizon at dusk.

The second image is the Moon, again taken by Paul. Note the terraced walls and central peaks of the large crater Copernicus! 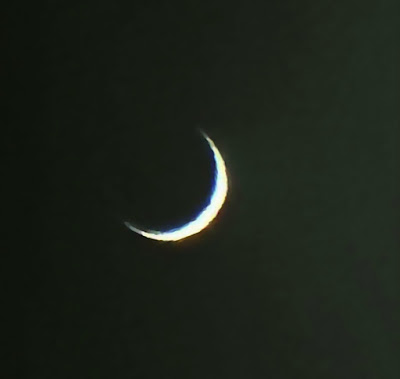 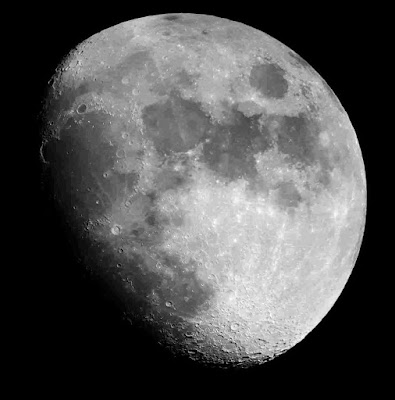