Linda fancied an eagle hunt along the East Coast and we were parked by the roadside at Horsey by 8.45. In the event we did see lots of raptors, but they were all either Buzzards or Marsh Harriers.

After a while we moved on to Winterton: we parked by the beach café and strolled westwards along the dune-tops in the hope of a Glaucous Gull. We soon realised that half of Norfolk's canine population was running unfettered on the beach, so things weren't looking very promising. However, following an extra half mile slog, we found a small flock of around ten Snow Buntings. The light was terrible and the birds somewhat distant, but I managed a few try-outs with the new camera: looks promising. 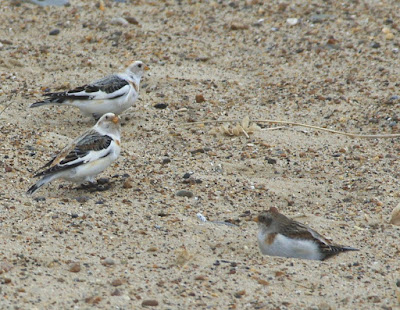 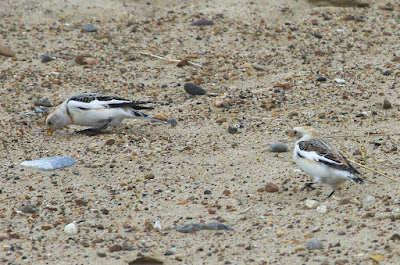 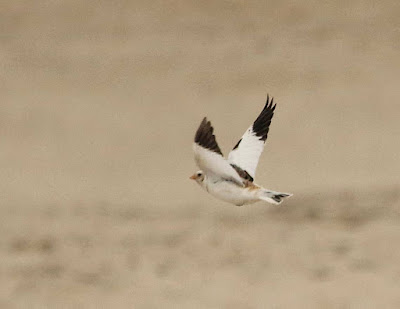 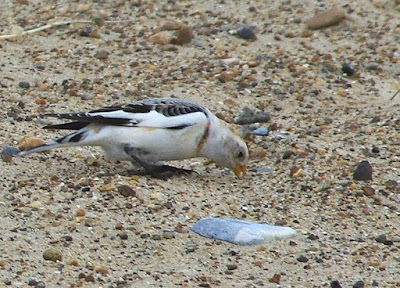 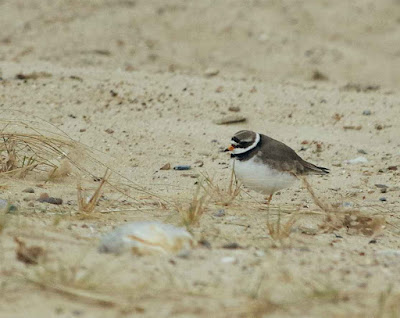