Strumpshaw and Buckenham: Great Whites, Red Kites and other goodies!

Knowing a spell of wet weather was forecast, I left home early and talk a stroll around the Fen. It's a great place at 6.15: I saw no other birders and had the place completely to myself!

Nothing in particular from Reception or Fen Hides, but Tower Hide held a few waders  (2 Common Sandpipers and 3 Ruff) which were quickly joined by first one, then two then three Great White Egrets. They flew around the scrape before settling in the hidden pool to the north, apart from one which crossed the river and headed south!

The rain clouds were gathering, so I quickly moved to Buckenham. As I drove down the hill from the tip, five Red Kites were swooping over the road, gradually drifting towards the woods at Strumpshaw Hall. (They were still there when I drove back: one was feeding on roadkill!)

I walked out to the hide, picking up two distant Green Sandpipers and a Snipe on the way. Lots of Linnets, Goldfinches, House Martins and Swallows, but little else: time for breakfast! 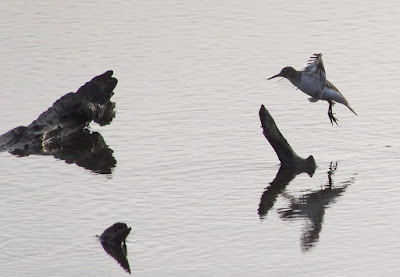 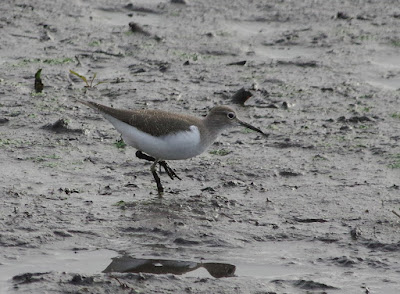 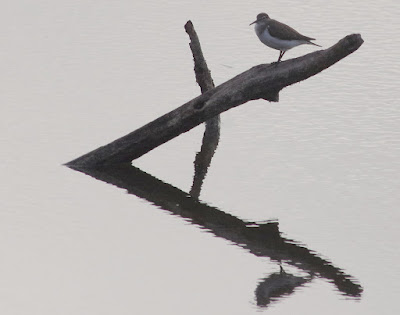 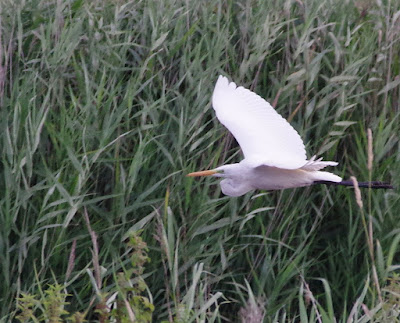 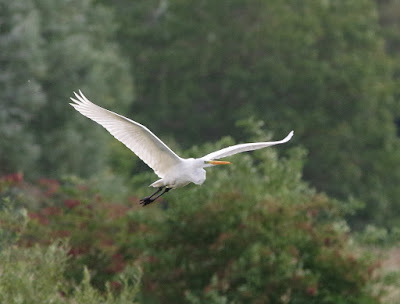 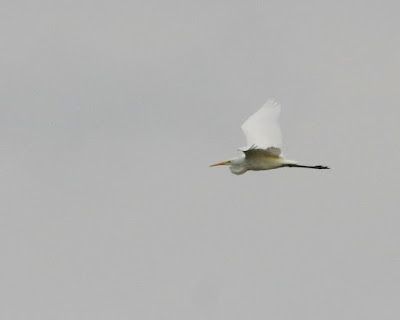 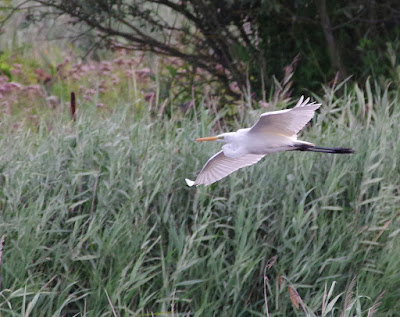 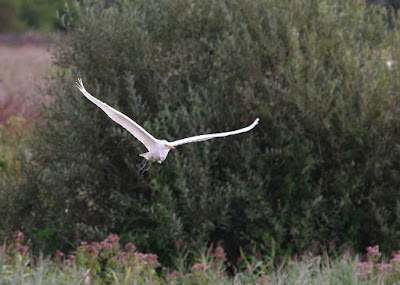 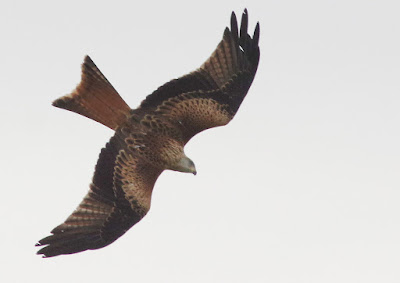 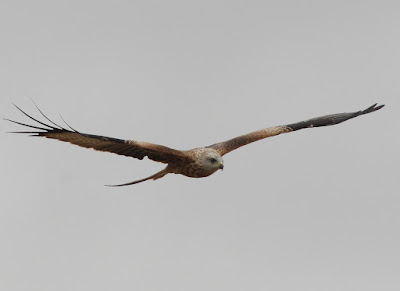 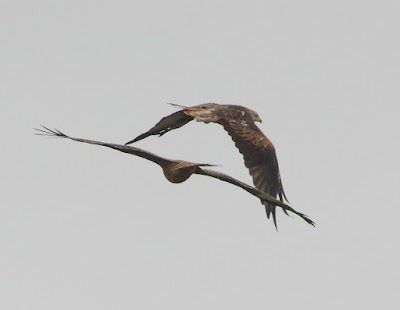 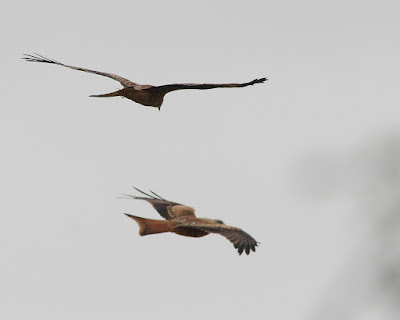 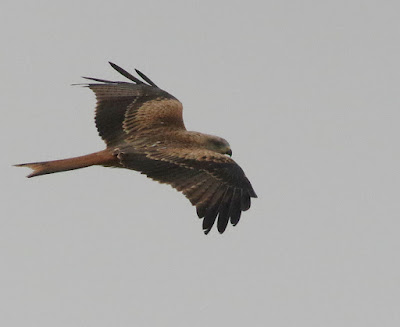 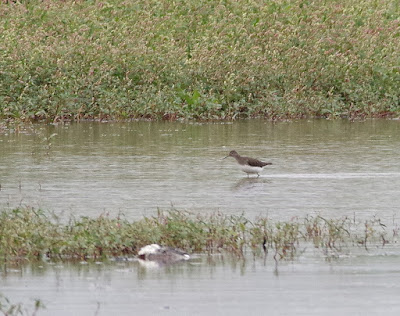 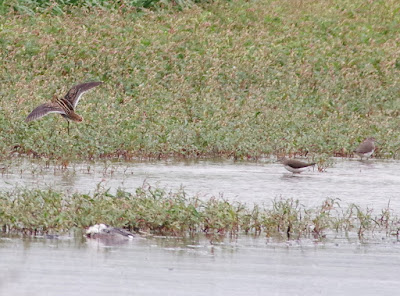