A reminder of my days as a young astronomer!

The waning Moon is just two days past full, so is still a splendid sight in the dawn sky: to the west is Jupiter, looking like an incredibly bright star.

When I was looking at this morning's photos of the Moon, I noticed that the crater pair Petavius and Palitzsch were easily discernible. These craters featured in an oil painting I did as a twelve year-old: it won some kind of prize at school. I'm sure I still have the painting in the loft somewhere: if I can find it, I'll add it later!

Meanwhile, quite a few people have e-mailed me over the past few days to ask when they might see the 'Pink Moon' that featured in the tabloids. I had to disabuse them gently that this was yet another piece of journalistic cr*p! The term 'Pink Moon' was used by Native Americans for a full Moon at this time of year that coincided with the emergence of hosts of small pink flowers on the plains! 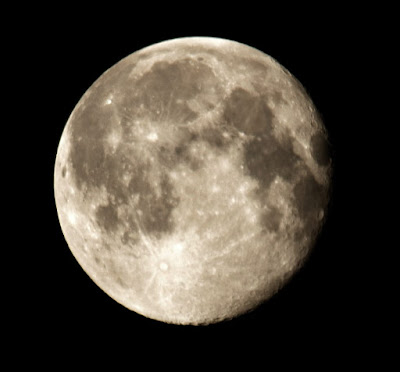 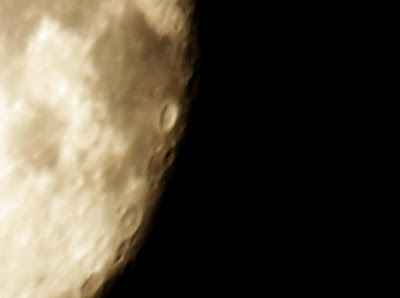 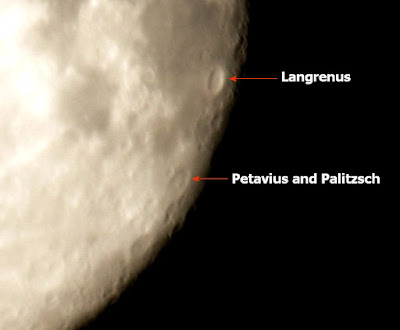