First Cuckoo in the Yare Valley!

One Swallow doesn't make a Summer, but neither does one Cuckoo herald global climate catastrophe! Nevertheless, when I reported seeing - and photographing - the first Cuckoo of the year at the Fen this morning, the manager I spoke to immediately claimed this nice early date as evidence of global warming! I asked him if the large numbers of Wigeon still in the valley were indicative of a coming ice age, but he went off in a huff!

Great day to walk around Strumpshaw, starting with a pre-Brian session with the Little Owl - first time I've seen one at the traditional site this year. The trees and scrub were full of Chiffchaffs, Willow Warblers, Blackcaps and Cetti's Warblers, while Marsh Harriers were displaying everywhere. Another year tick was the Sedge Warbler calling by 'Accidental Broad'.

Best of all - and least expected - was a Cuckoo flying up and down the River Yare, occasionally stopping to call. At one point it was twenty feet directly above Brian and me, but buried too well among the twigs for a photo! 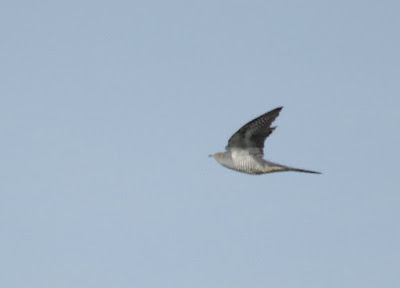 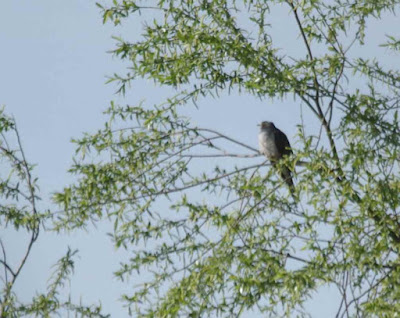 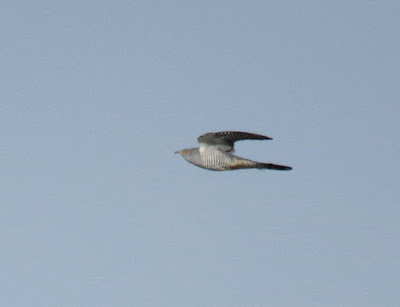 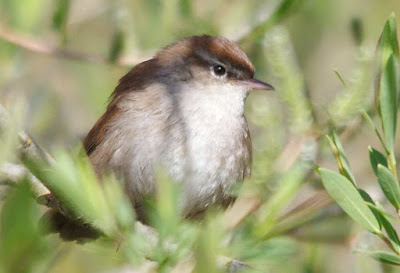 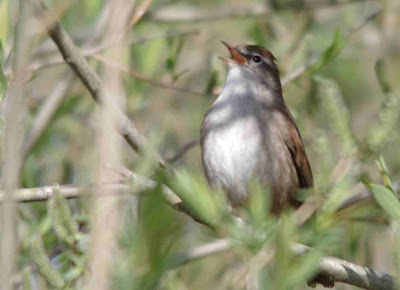 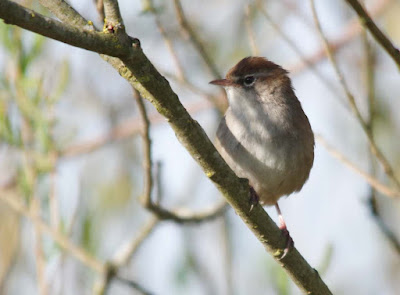 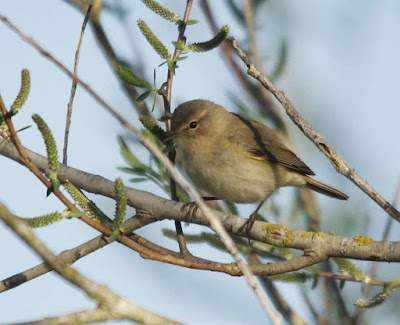 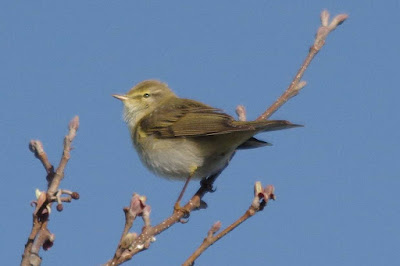 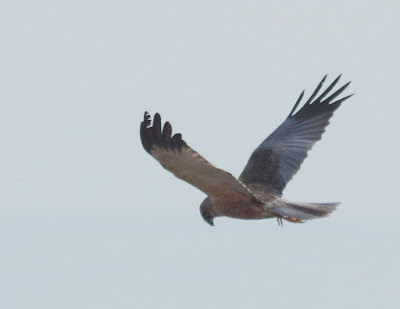 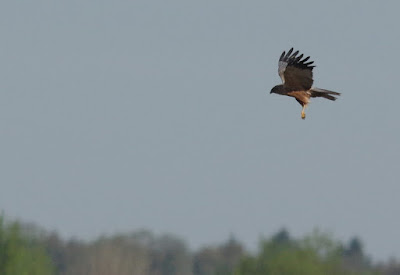 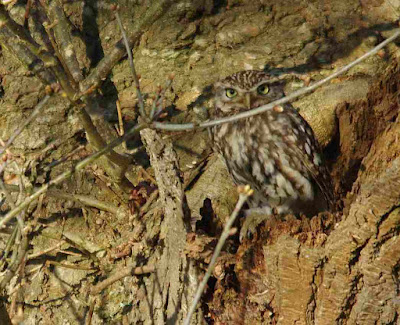 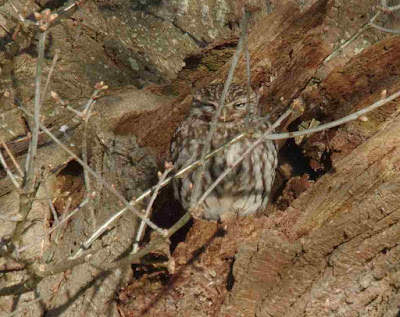 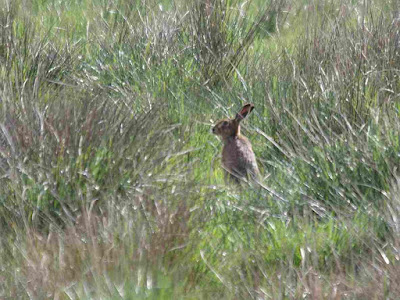