Ring Ouzels at Waxham: a flock of eight birds!

In anticipation of poor weather later in the day, Linda and I decided on a pre-lunch walk eastwards along the new coastal path at Waxham. On the way, we were thrilled to see an Osprey heading inland over Acle Bridge. Parking by 'Shangri-La' we headed eastwards. Other than Swallows, Chiff / Willows and Linnets, we saw very little until we reached the pipe dump, where I picked up a flock of eight thrushes flying away from us. The reason quickly became apparent when a Labrador ran up to us, snarling and barking in an atypically threatening manner. Its elderly owner was as aggressive as his three dogs and continually shouted over Linda and me as we suggested his animals should be on leads. The gist of his reply was that if we didn't like dogs, we shouldn't come into the countryside! We left him to his ranting and carried on past the pipes.
A scan of the rough grass to the left of the chicken sheds  revealed a Ring Ouzel perched atop a sapling, quickly followed by four, five and then six additional birds. Two seemed to be females, the others bright males. Despite the distance (a couple of hundred yards) it was still good to connect with a whole flock of these delightful birds.
Do remember to stick to the Coastal Path: the Ouzels will come nearer and, in any case, are watchable from the dunes.
Leaving them in peace, we walked up the sandy path to the beach where a group of perhaps a hundred Grey Seals were relaxing on the beach. Lots of pups among them, some of which were still in their fluffy white coats, while a few Common Seals were also on the beach or swimming along the surf. The walk back to the car added the first Whitethroat to the day and year totals...
After coffee and a scone at the old barn we headed home for lunch, reflecting on how one old man's anti-social behaviour came so close to spoiling our morning.. 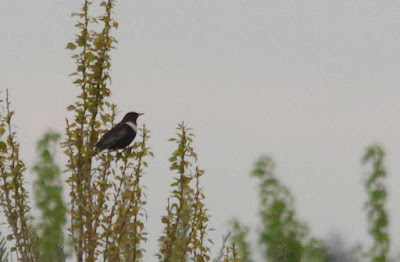 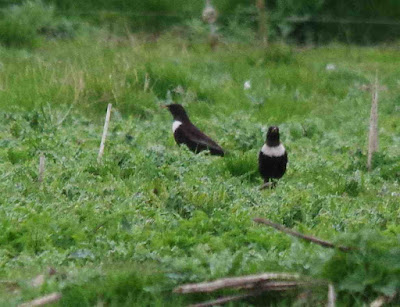 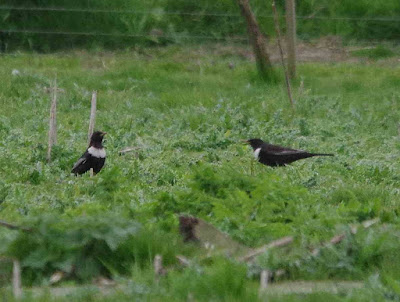 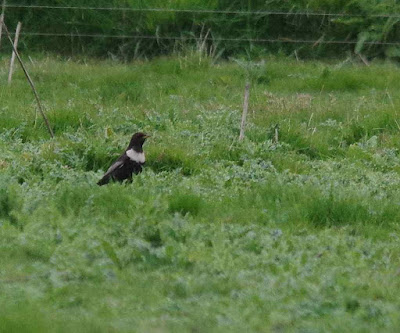 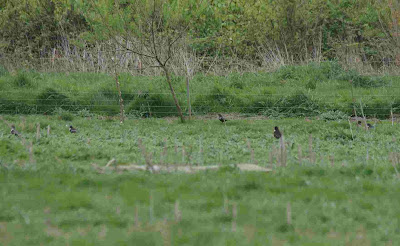 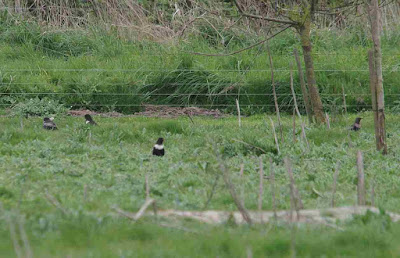 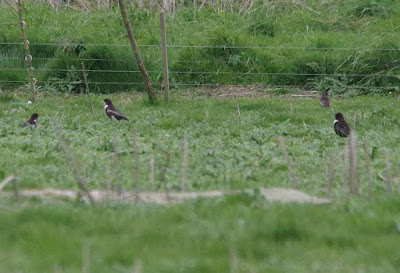 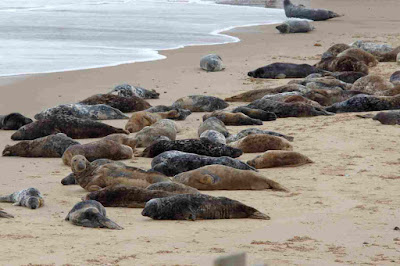 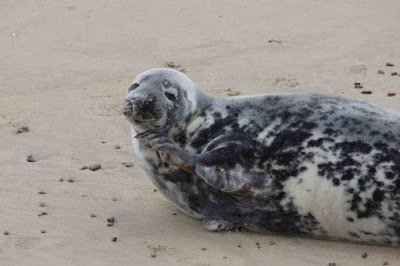 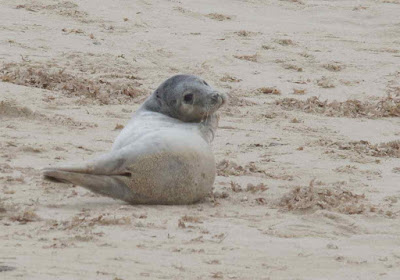 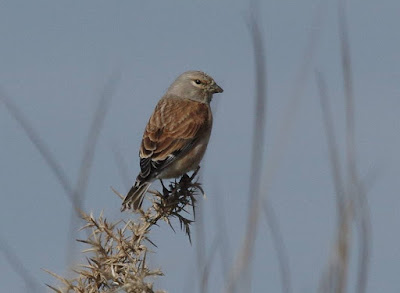 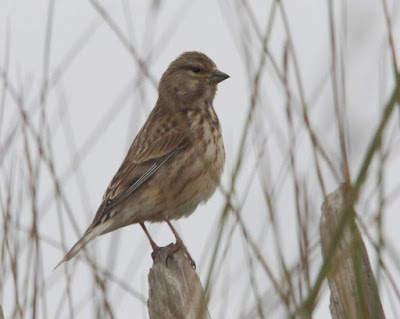 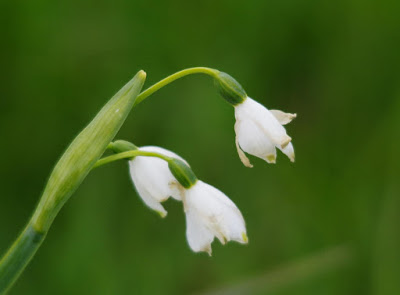