A short stroll around the Fen in company with Brians T & S, Norman and Brendon turned up a few decent bits and pieces. Cetti's Warblers are everywhere and can be quite showy if you have time to wait (I didn't!) The riverside bushes and trees are best, and once again hold numbers of Blackcaps, Willow Warblers and Chiffchaffs, as well as a few Bullfinches. The Sluice produced a KIngfisher, while the Lesser Black-back Synchronised Swimming Team were practising on the river! Marsh Harriers displaying and nest-building are much in evidence: one male is very strikingly marked and I reckon it is occasionally being reported as a Hen Harrier!

Redshank are not frequent visitors to the Fen: I expect this one was on an outing from Buckenham. The Chinese Water Deer and Shelduck are more regular, but still worth a look!

As we walked back through the woods a fine Reeve's Pheasant skulked among the trees: these beautiful birds are becoming a more regular sight and it would be great if they began to breed in the wild... 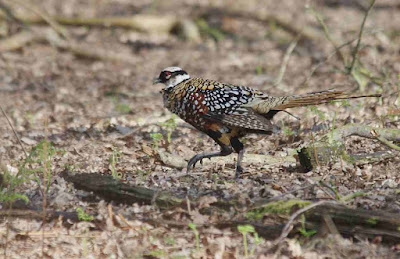 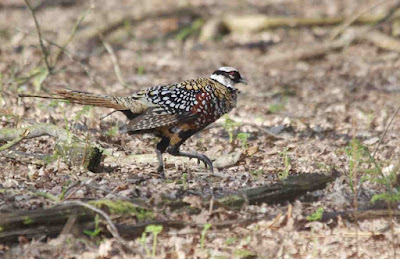 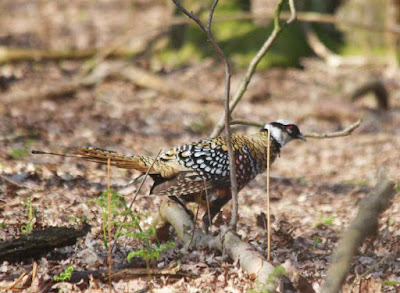 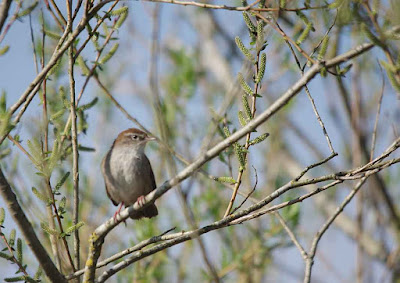 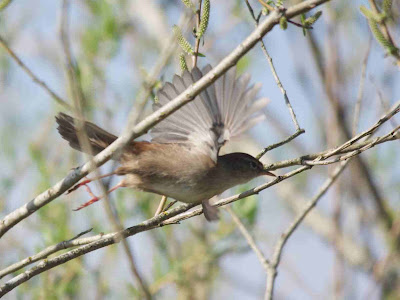 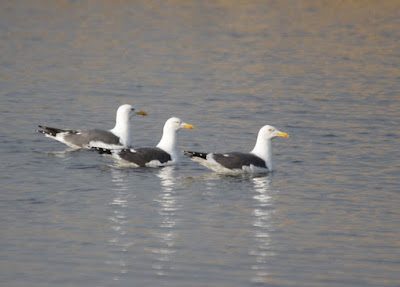 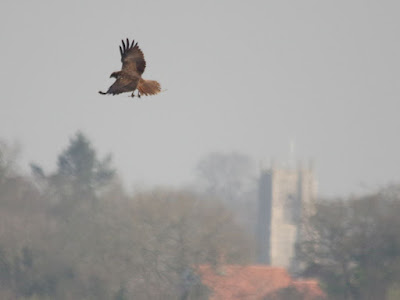 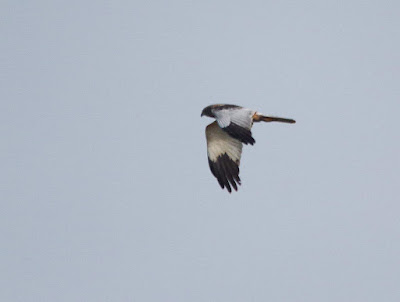 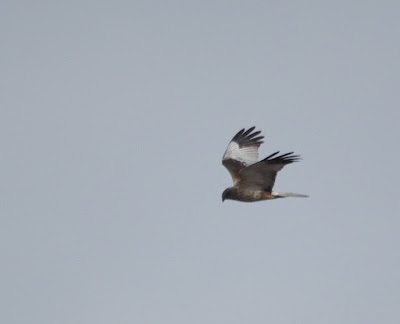 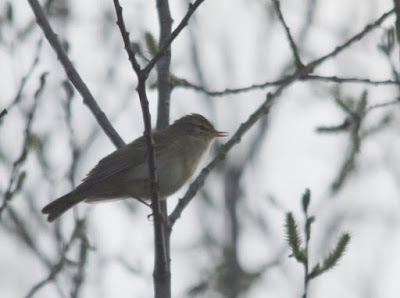 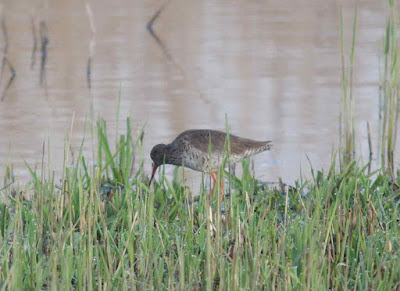 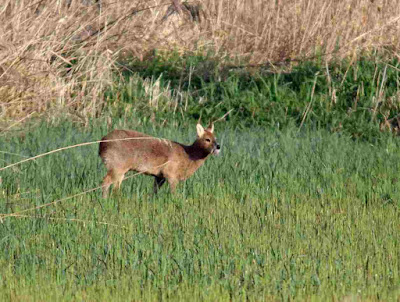