Iceland Gull, Hooded Crow and other goodies at Mautby.

A break in the weather coincided with Linda being on Half Term and me suddenly feeling lots better, so a trip out to Mautby seemed in order. Linda hasn't seen a Hooded Crow since her trip to Scotland with Dot Machin before we were married, so it was too good a chance to miss.

For over an hour we were the only birders on site, but managed to find both the Hooded Crow and one of the possible hybrids - both somewhat distantly, but good fun, nonetheless. As we were searching through the large numbers of Gulls, it became apparent that there were quite a few Mediterranean Gulls, including one that was well-advanced towards breeding plumage. I also picked out one that seems a reasonable candidate for Caspian Gull: all sensible suggestions very welcome!

Two more birders appeared and the first of these located the elusive Iceland Gull hunkered down in the grass. Some vehicle relocation down the hill brought us closer to the bird, where the second new-comer (from Holt) picked up the Iceland a little closer to the road: thanks to both for adding their eyes (and scopes!) to the search.

On the way home we stopped for some shopping at ASDA where a quick glance across Breydon from beneath the bridge revealed the reported Glaucous Gull some distance away on the mud... 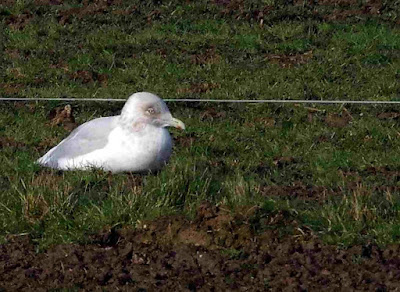 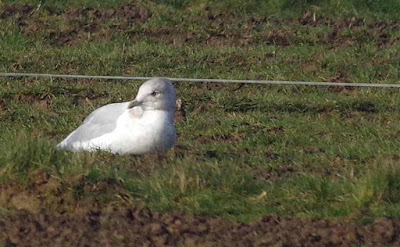 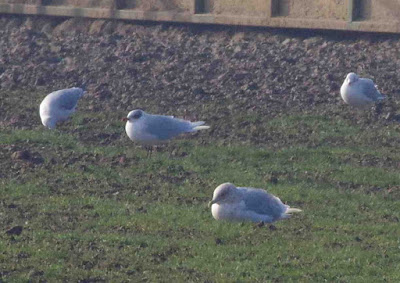 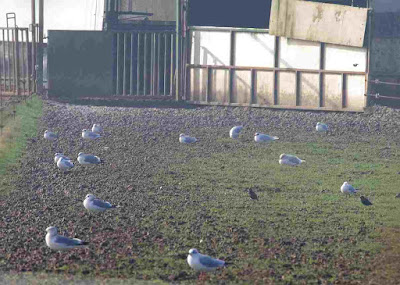 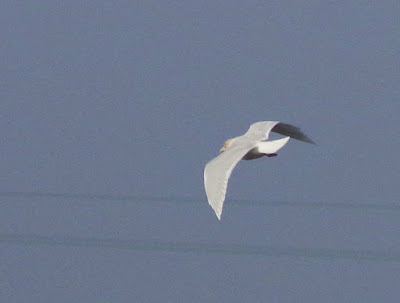 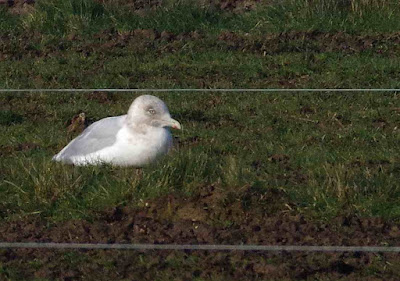 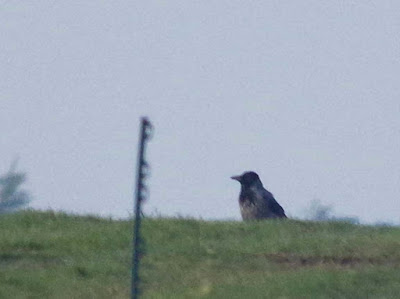 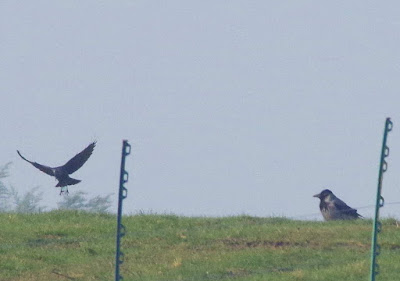 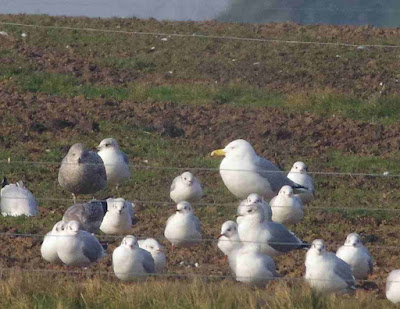 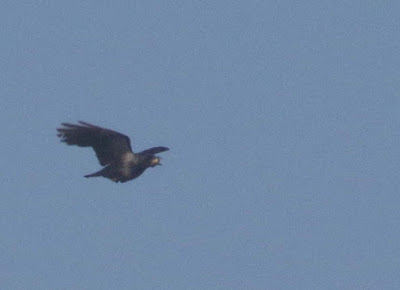 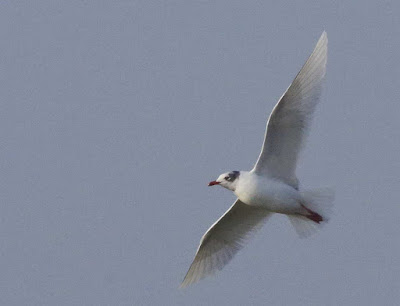