We often have a few gulls in and around the garden, particularly if Linda throws out bread scraps: today, however, was exceptional!

Overnight there was a reasonable sprinkling of snow on the Heath: it's turning to rain as I write this, but it looked pretty first thing! With her characteristic consideration for 'our' wildlife, Linda was out before dawn, filling the garden's eleven feeders and three water baths: she decided to supplement the regular seeds with crushed up fat balls, which were scattered across the lawn. Within a minute a large group of gulls had begun to gather in the trees and hedges: Black-headed Gulls, Herring Gulls, Common Gulls and a Lesser Black-back-backed that swooped down, snatched a whole fat ball and flew off with it.

Absolutely fascinating to watch the interactions between the various ages / species of gull, even if they did hoover up all the food in about thirty seconds! 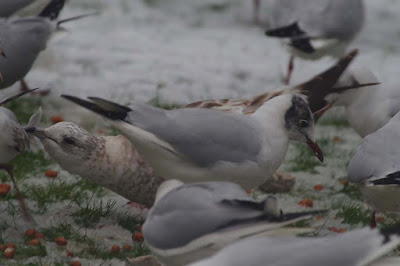 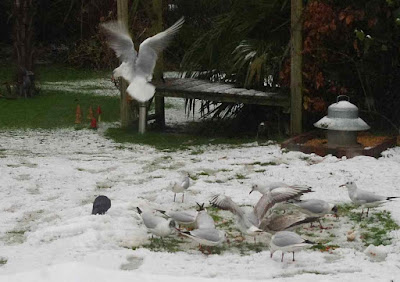 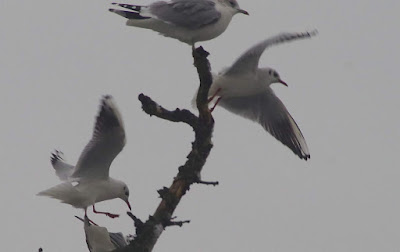 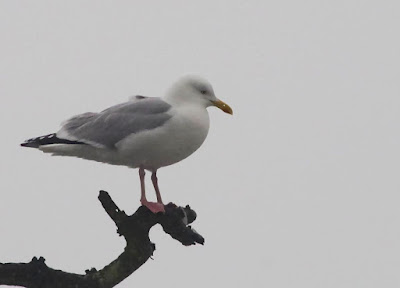 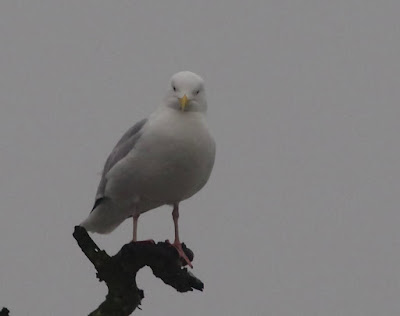 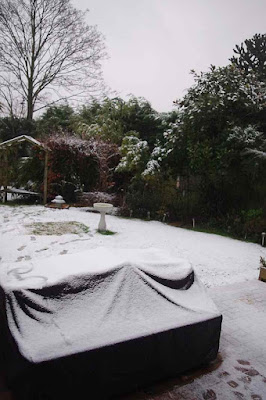 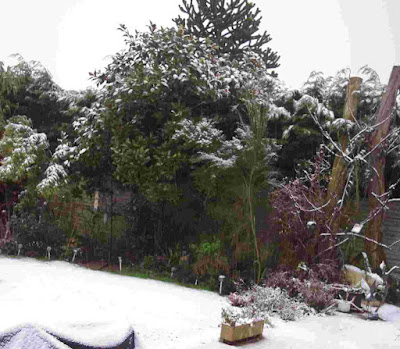