Thriller! Live at the Theatre Royal

Back in the Autumn, Linda bought tickets for the Michael Jackson tribute show 'Thriller Live': fortunately by last night I had stopped coughing long enough to use them! Our visit coincided with Norwich City playing at home to Newcastle, so we had to park well away from the centre of town, necessitating my longest walk since coming out of hospital. Was it worth it? An unreserved YES!

I'm not ashamed to admit that I've always been an admirer of Michael Jackson's music and - especially - dancing, and, last night's production show-cased both wonderfully. Like every tribute act I've seen (Bootleg Beatles, Counterfeit Stones, Magic) it could be argued that the five main performers were at least equal in showmanship and ability to the original! Two of them actually looked like MJ, but all five performed his songs - and his complex dance routines - absolutely beautifully.

The finale was, of course, 'Thriller' which had the entire audience (mostly old crumblies like me!) up on their feet bopping. A memorable evening! 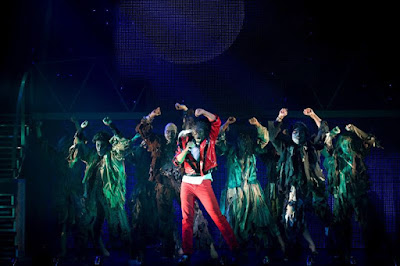 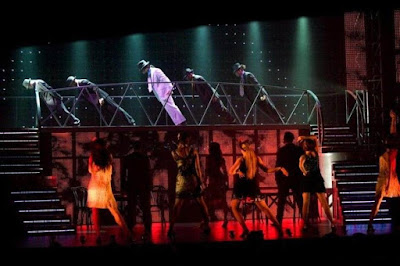