Who's the odd one out in the photo below? They're all millionaires and they're all pretty well-known. There are sportsmen, musicians, people of foreign birth, young people and old people...

One or two have had problems with drink and/or drugs, a couple have been caught out 'playing away', and one has a conviction for domestic violence.

The odd one out is the one in the middle, who is about to win a SIXTH world championship: he is the only one not to have been awarded a knighthood! That can't be right, can it? 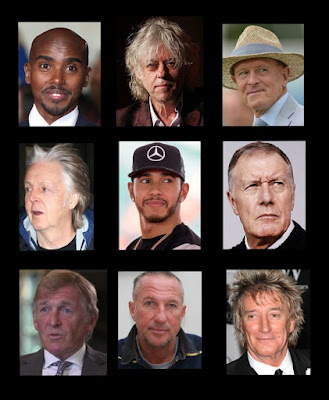