The weather forecast was very gloomy this morning, and Linda and I feared the worst: miraculously, however, the sky began to clear around midday and we were able to watch the tiny planet Mercury creep across the Sun until it set behind the houses opposite at 3.15 or so... This won't happen again until 2032, so it may be our last chance!

The majority of the images were taken by projection onto white card (as in a previous post) The others were taken using my 300mm prime when the Sun was behind a cloud layer. 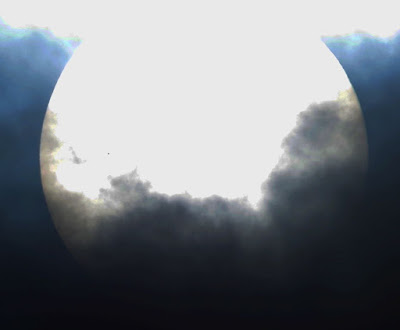 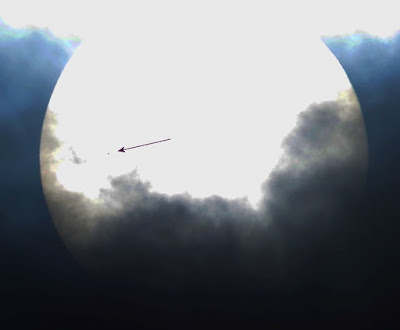 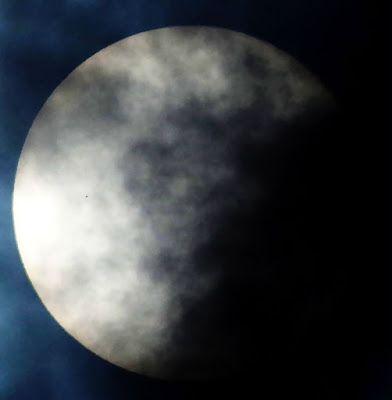 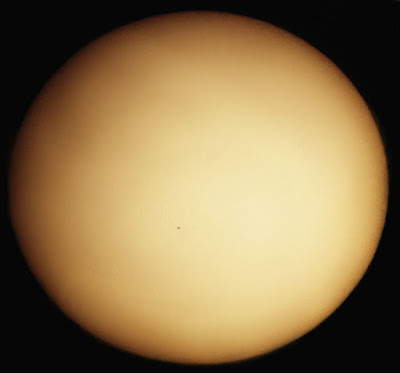 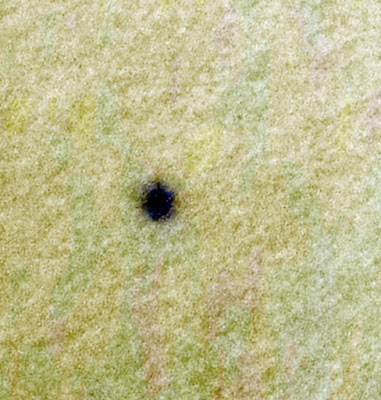 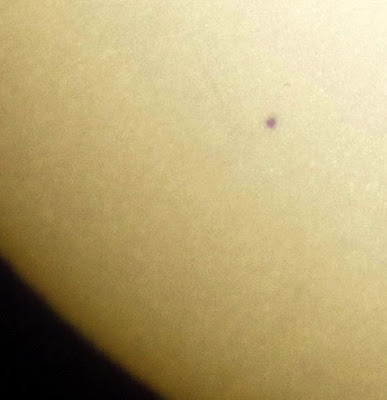 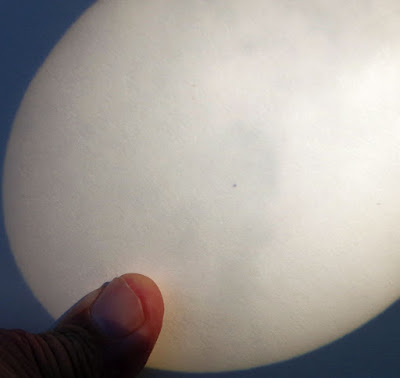 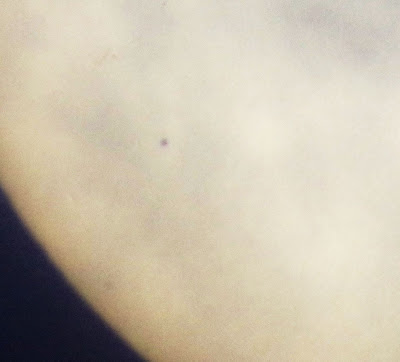 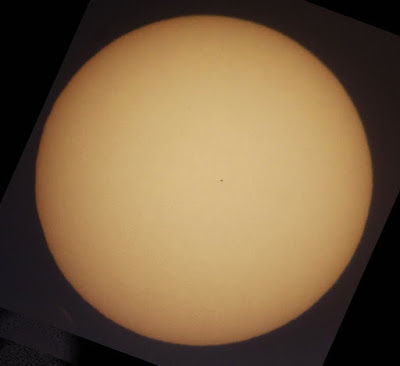 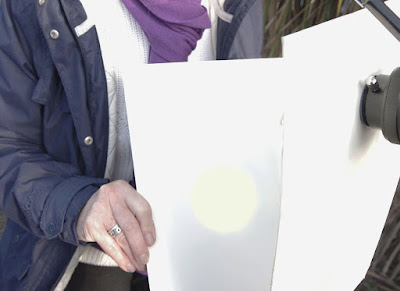