When the pair of Black-winged Stilts were first discovered  at Potter Heigham Marsh they quickly became a popular attraction for photographers, birders and casual strollers alike. And why not? The area where they had chosen to set up home is more or less unreachable for humans, and the only threat to successful breeding was - and remains - predation by mammals and other birds. (As, of course, was the case with the pair on the Ouse Washes)

Now being old and cranky, I don't have a Twitter account, but I do check the tweets of all the better-known Norfolk birders and their followers. Quite quickly many of these began to admonish birders not to visit / photograph / talk about the happy couple. Considering several of these 'tweeters'  run domestic and foreign guided bird tours and mention taking groups of paying customers to see the Stilts and other excellent species at this terrific - if temporary - wetland site, that seemed a little rich!

It reminded me of a similar situation a few years ago when a friend and I were at a site in Suffolk looking for butterflies when a couple of elderly ladies wandered over to ask if we'd seen the '...Black-headed Stints' (sic) and their chicks.' My friend and I had no idea these birds existed, so didn't really have any expectations: as we all know now, they had indeed found a pair with three or four young. Within hours of me posting pictures of the family on this blog (which at the time only received perhaps 30 or 40 visits a day) I began to receive some quite offensive comments and e-mails: being a wimp, I removed the photos.

Since neither I nor  -  as far as I'm aware, they - ever returned to the site, I feel it's OK to post the pictures now! 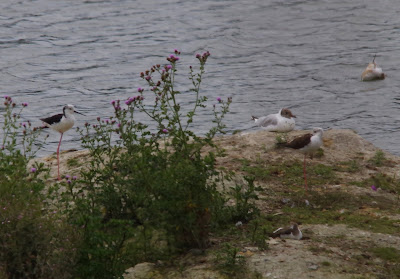 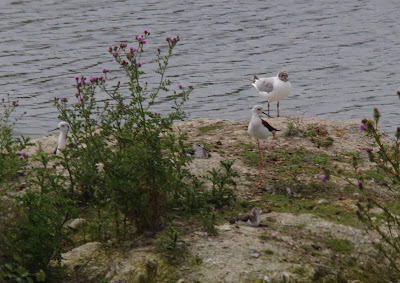 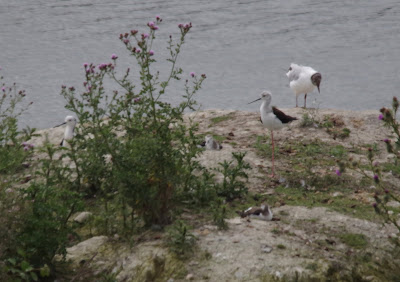 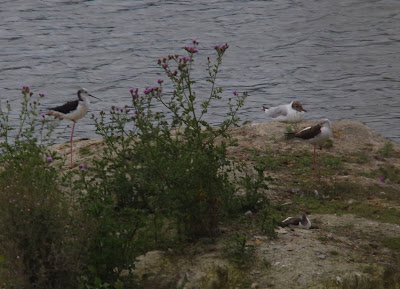