Eight Garganey and a Great White at Strumpshaw

After cooking breakfast, I decided to beat the weather (and the hordes!) and have a quick walk around the Fen. Lots of Blackcaps and Chiffchaffs, as well as a few Bullfinches and a Brambling.
I walked quickly to Tower Hide (still closed) where a scan from the bank revealed a Great White Egret and several sleeping Garganey. As the Egret approached, they entered the water and swam to the 'point': a relocation revealed that the five 'swimmers' had joined three more on the bank: I could make out six males and two females. 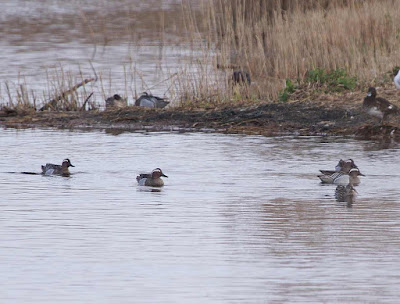 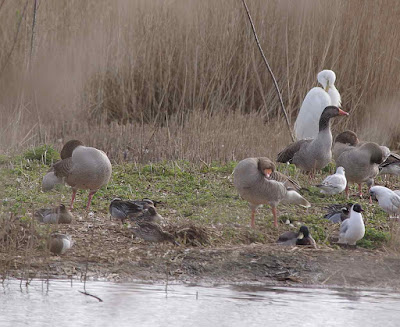 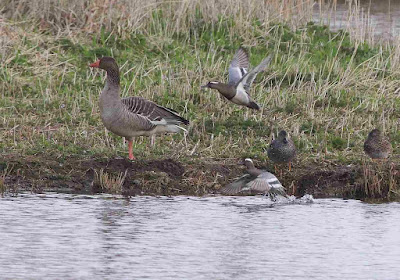 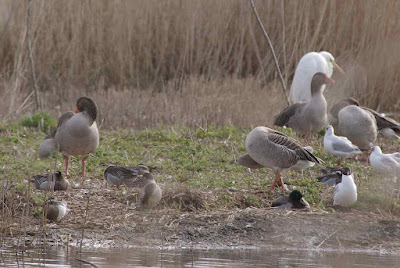 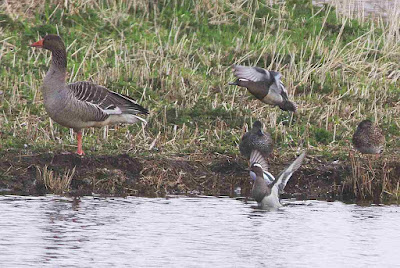 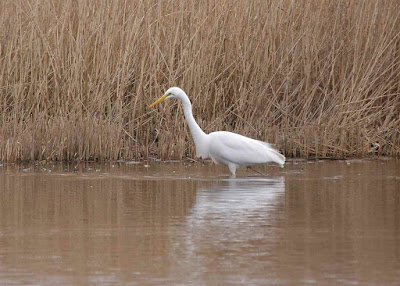 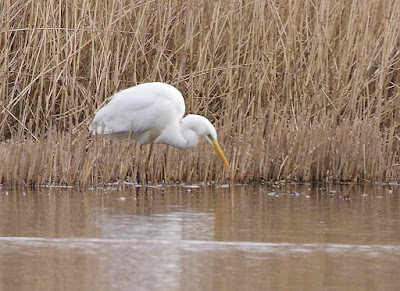 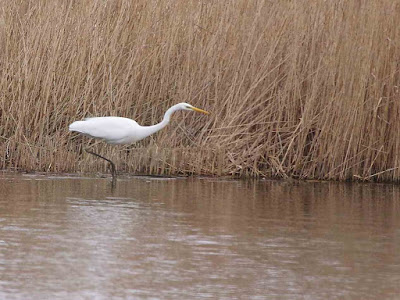