As Linda and I were finishing breakfast, the pager announced that the long-staying White-tailed Eagle (from the Isle of Wight scheme) was showing between Winterton & Horsey. We were parked at the end of The Nelson's Head track within twenty minutes, and walked out towards the dunes. A large raptor flew low over the woodland between us and Horsey Gap, but it was far too distant to be certain of its size, never mind its species. It certainly wasn't a Harrier or Buzzard: too chunky and flat-winged.

A walk eastwards along the inside of the dunes added Sparrowhawk, Curlew and lots of Stonechats, as well as plenty of seals. (I must add that we looked at these from the landward side of the wooden beach defence barriers, at an appropriate  distance.)

After a few dog encounters of the 'Oh, I'm soooo sorry: he's never done that before!" variety, we returned to the car. On the way, we bumped into old chum Kim and friend: they'd seen - and photographed - the Eagle at exactly the same time and place as our sighting. Their images, however, were from much closer and were superb and definitive! Oh well!

We stopped briefly on the Horsey Straight, where another birder pointed out a distant blob that he assured us was the Eagle: he'd watched it fly in!

Fingers crossed we eventually catch up with it at less than two miles range! 👀 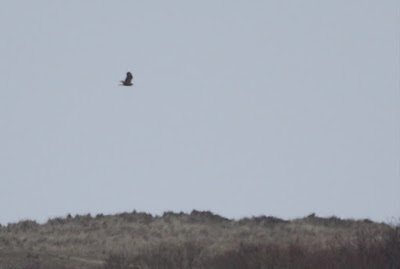 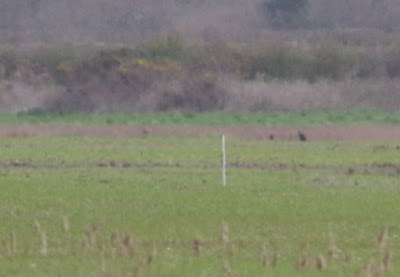 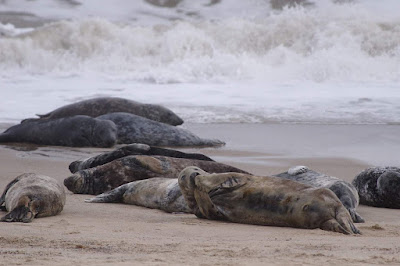 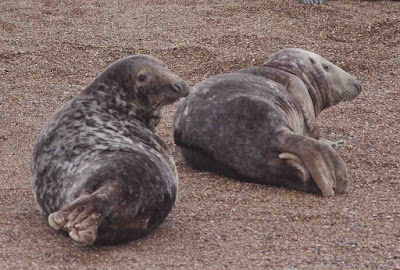 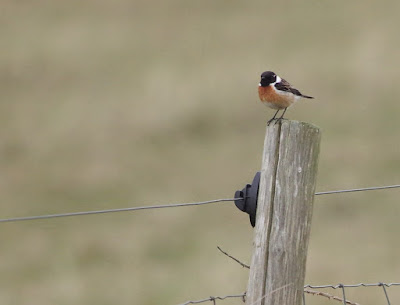 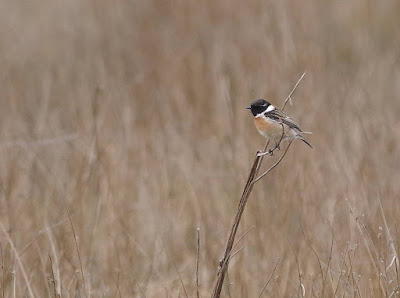