North Coast: all the Sandpipers!

An early start (and the Northern Distributor Road) saw Norman, Brian and me in Bishop's Hide by 7.30. The scrape was crowded with Ruff, Avocets and Godwits, but very few small waders, so we walked round to the centre hides where things immediately looked up: the first bird we saw (on Whitwell Scrape) was a close Green Sandpiper, while Simmond's held a family group of Spoonbills. While we were chatting with photogtapher John A and Steve and Sue G, a pair of Common Sandpipers flew in and  fed right in front of the hide. Other species included Golden Plover and Whimbrel.

After coffee we decided to work our way westwards towards Titchwell: in the event the traffic (and some of the driving!)  was dreadful, particularly through Stiffkey, so by the time we arrived the reserve and car parks were crowded with non-birders. Nothing wrong with that, but the absence of water in the first scrape caused us to move on straight away to Holme. Although the car park and café were also pretty full here, the hides weren't, most visitors obviously being on the beach. This allowed us leisurely views of a Wood Sandpiper in company with at least four Green Sandpipers. Some good butterflies on the wing too, including half a dozen Wall Browns, as well as the three Hummingbird Hawkmoths I wrote about yesterday. After an ice cream we drove home via Choseley, where Corn Bunting once more proved elusive! 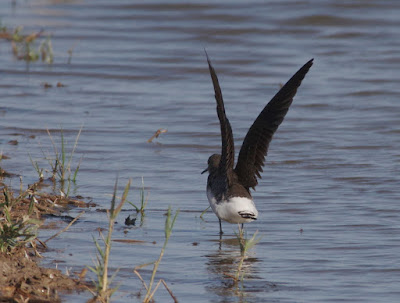 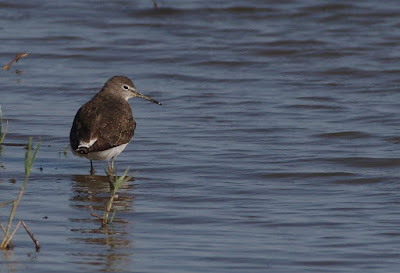 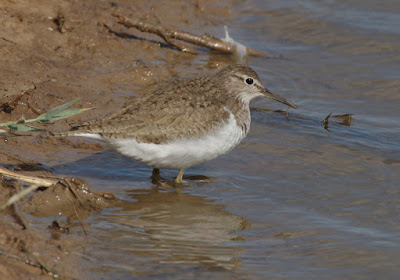 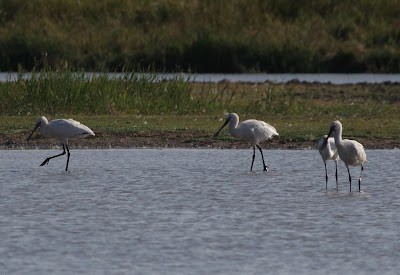 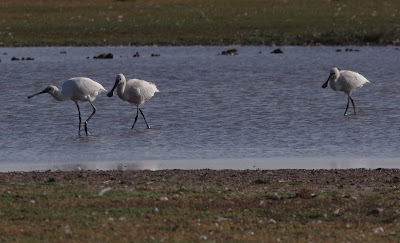 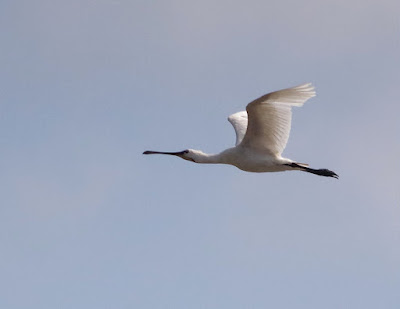 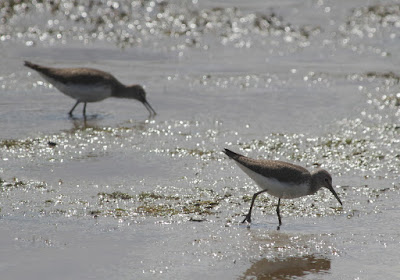 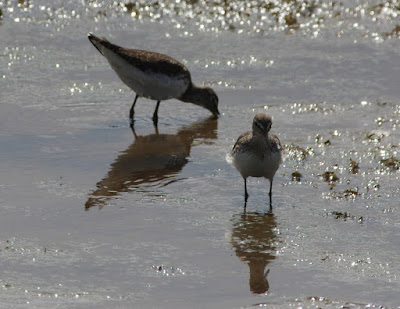 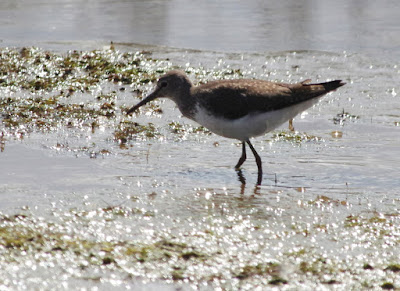 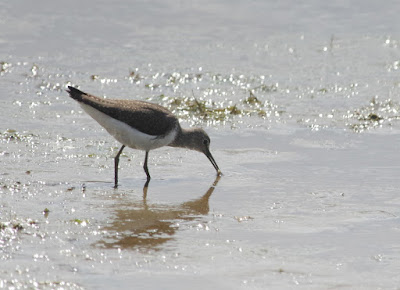 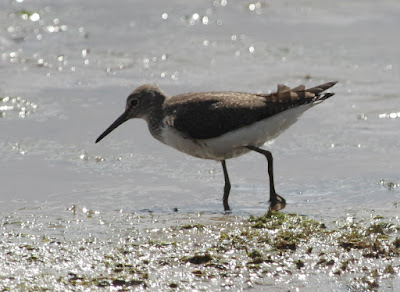 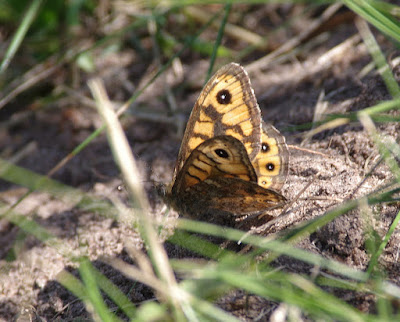