Despite still feeling decidedly groggy from yesterday, I was nevertheless more than happy to join Brian and Norman for a trudge out to the river bank at Potter Heigham. This was more in hope than expectation, the recently-reported Spotted Crake not having been seen yesterday: and in any case its usual haunts were very distant. We met a couple of birders, one of whom said the Crake had been seen earlier, but who didn't stay long to look for it. Another guy remained with us while we searched the distant reedbeds: eventually he found it in his telescope and kindly let Norman and me enjoy protracted views. It was terrific to watch our companion sketching the bird as he observed it: I'd put his talents on a par with some of the top illustrators.... Of course, photography was always going to be 'click and hope' at a range of several hundred metres, but you can make out the Crake (just!) in the images below. (The two close-ups are from Brian Tubby's Nikon!)

The walk back to Potter Heigham added Green Sandpiper, Ruff, Black-tailed Godwit and a few Little Egrets to the day list. We decided to stay local, and drove the short distance to Hickling NWT rerserve. A walk out to Cadbury Hide gave us views of the long-present hybrid Hooded Crow: a very handsome bird despite its apparently mixed parentage! The rest of the circuit was fairly unproductive (Little Egret and Great Spotted Woodpecker) but it was interesting to watch Hornets coming and going to their nest over the front door! 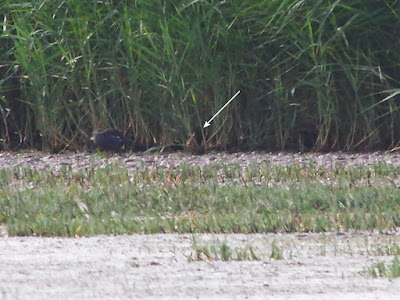 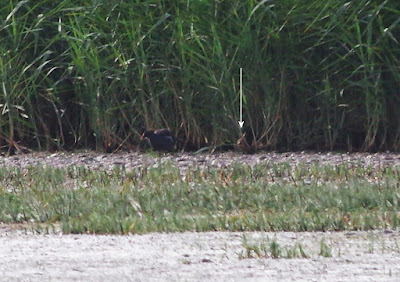 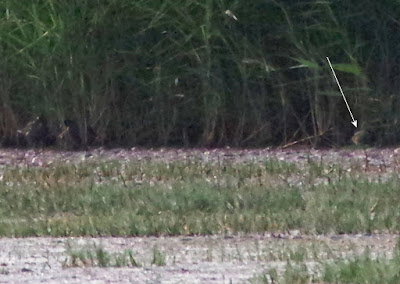 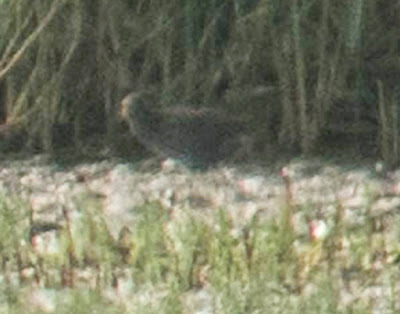 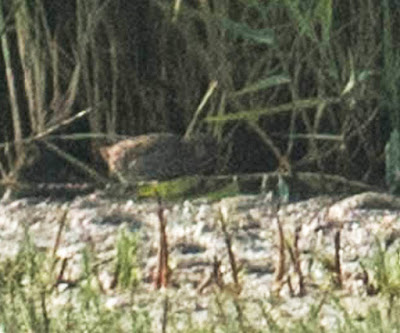 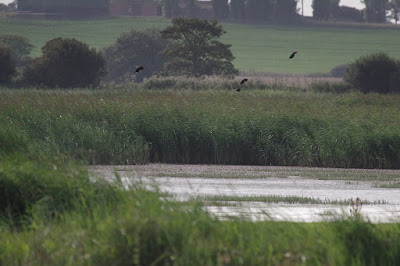 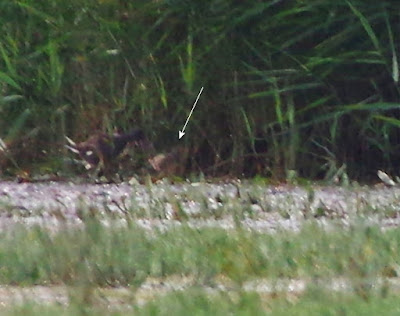 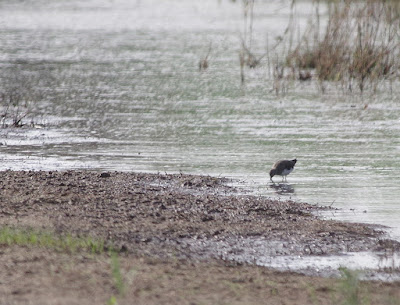 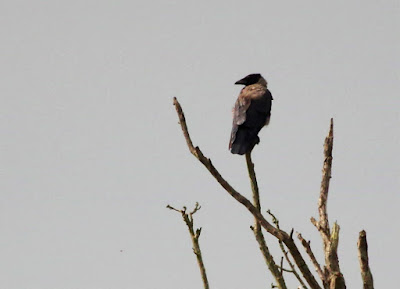 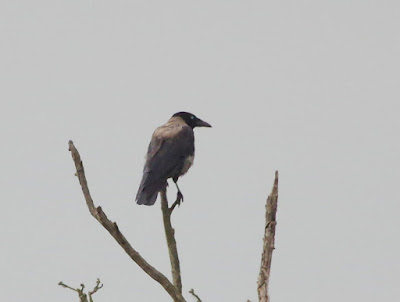 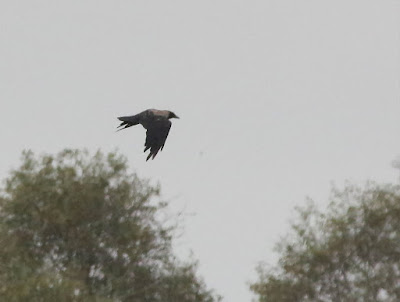 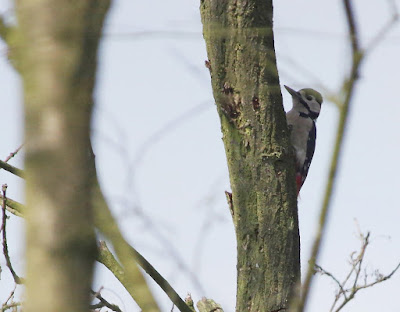 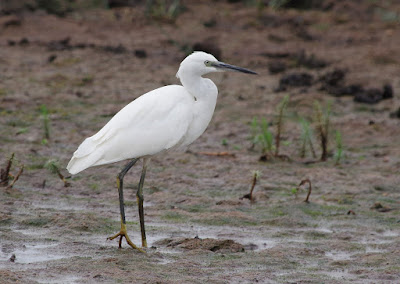 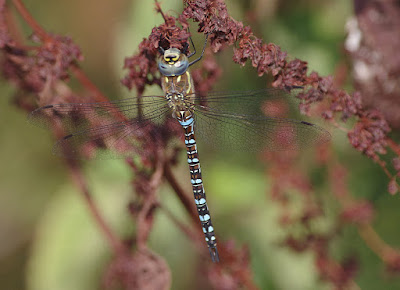 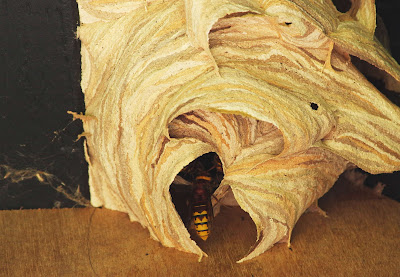