There are a lot of hacked-off fans of LoD on social media, most of whom are expressing their disappointment with the way it *appeared* that Ian Buckles was the fourth man, H, all along...

I'm not so sure that this was the final series, however. Jed Mercurio was always going to leave the door open with lots of unanswered questions and hints: writing this drama has been a decent cash-cow for him for six seasons and I'm sure another series will be commissioned, if the Beeb see enough enthusiasm for it online.

For what it's worth, here's my take on things as they stand:

Consider: in the penultimate episode, Carmichael behaved very strangely during Donaldson's interview. When Donaldson seemed about to identify the OCG insider, Carmichael tapped her pencil four times: four 'dots' is the morse code for 'H'
The corruption that file Gail Vella was keeping had the password Race Claim. That's an anagram of Carmichael, with one letter missing. The letter? H, of course! 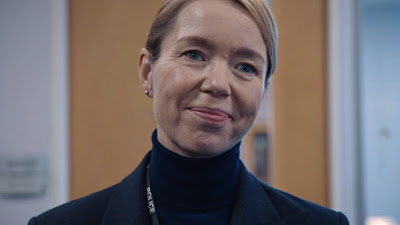