Bizarre! A couple who have a couple of Trumpeters apparently believe that the Boyton individuals are the only surviving offspring from three that were hatched in April 2013. These flew off in 'mid December 2014' and were never seen again (apart from one that flew into their front door and died!)

Their reasons for believing this is that their dog appeared to recognise the birds from a distance of around half a mile! Hmmmm......

If it is the case (as we have been reliably informed) that the Boyton birds are an adult and a second winter, then at least one of them cannot have originated at Letheringham Lodge (which, admittedly, is just a short flight away from Boyton for a swan)

If one/both are these escapees, two questions spring to mind:

1) What constitutes 'mid - December':- the Boyton birds first appeared on the 13th
2) Why did the owners neither ring nor pinion them? If you read their account by clicking the link below, you'll see that they apparently take great delight in the fact that their cygnets flew off into the wild! 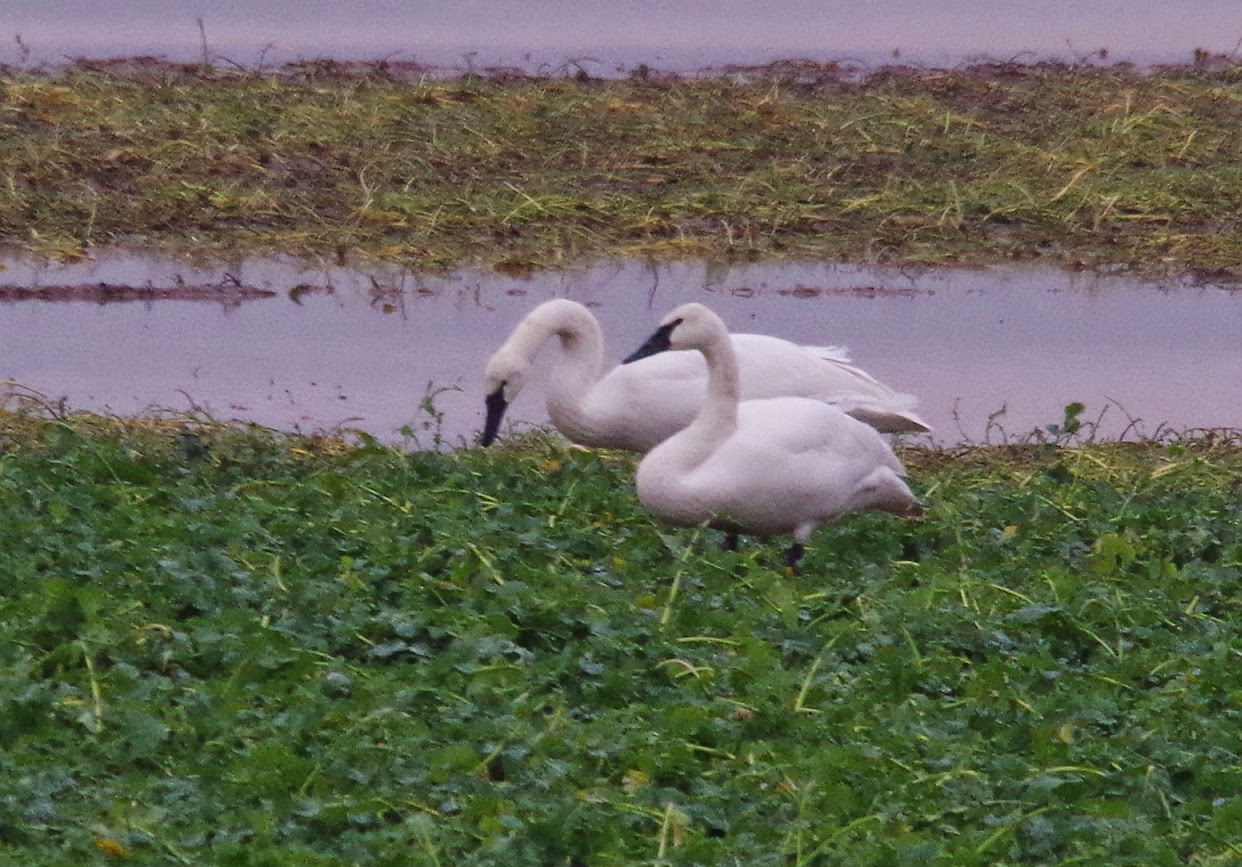