A morning out east! Cranes and Egrets...

Since today is Linda's birthday, she was keen to get a breath of fresh air. Although she's a 'lapsed lister' like me (418 species!) she still enjoys a scope-ful of something rare or exotic. That wasn't going to happen today, but we walked a few miles, had coffee in Waxham Barns for the first - and probably last - time and notched up some nice birds. Excuse the picture quality, but things were either a long way off or in the heavy early morning mist...

Hickling was deserted when we arrived - not least by the birds! We did manage to hear two separate Bitterns booming and counted half a dozen each of Marsh Harrier and Little Egret: no Garganey, though. Three Chiffchaffs were singing in the carpark: first photo-op of the year!

After coffee at said barn, we headed home via Horsey, where a brief stop at the roadside gave us six Cranes and a latish skein of Pinkfeet for the day.

Bonus bird was a Buzzard right over the road at Stalham. All this and Tandoori king prawns for Lin's celebration dinner tonight! 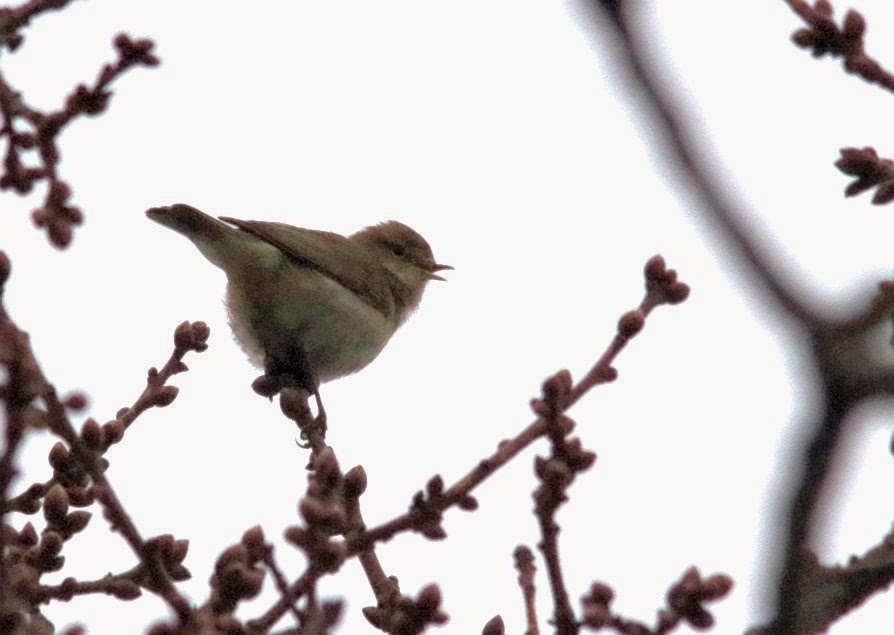 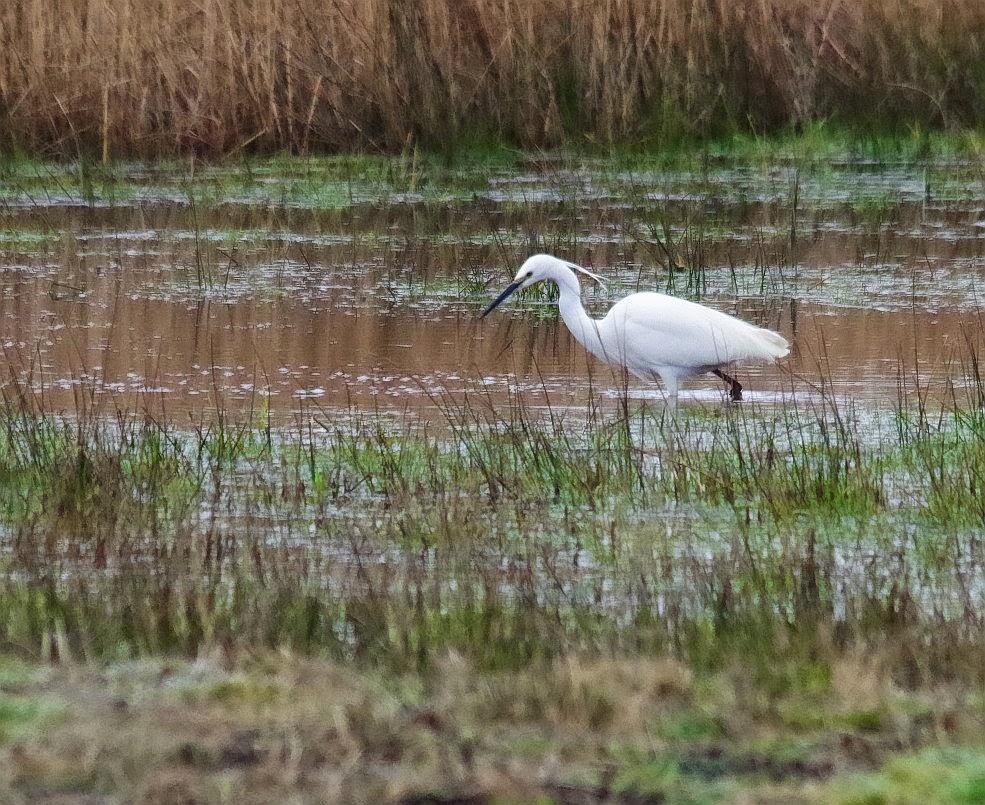 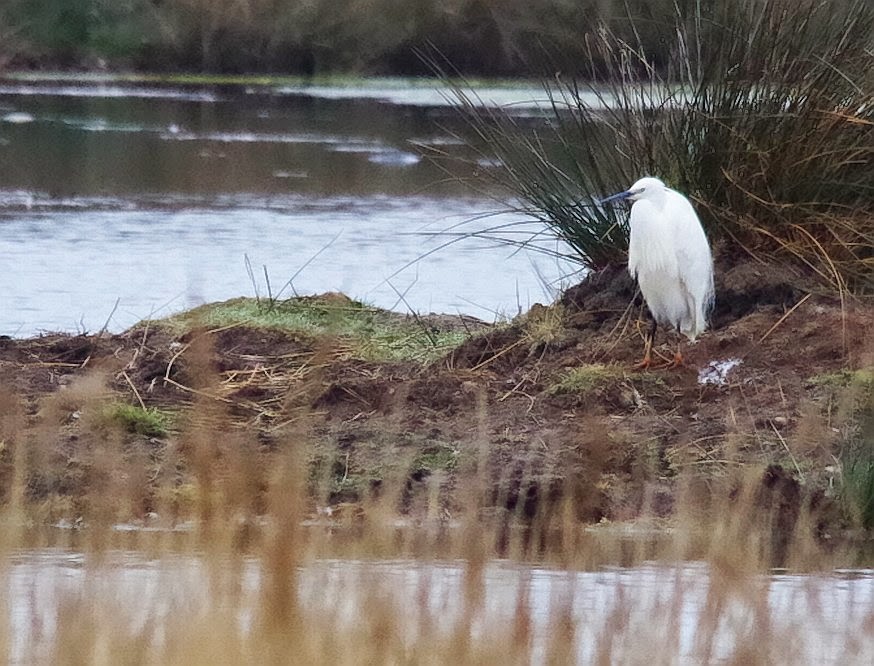 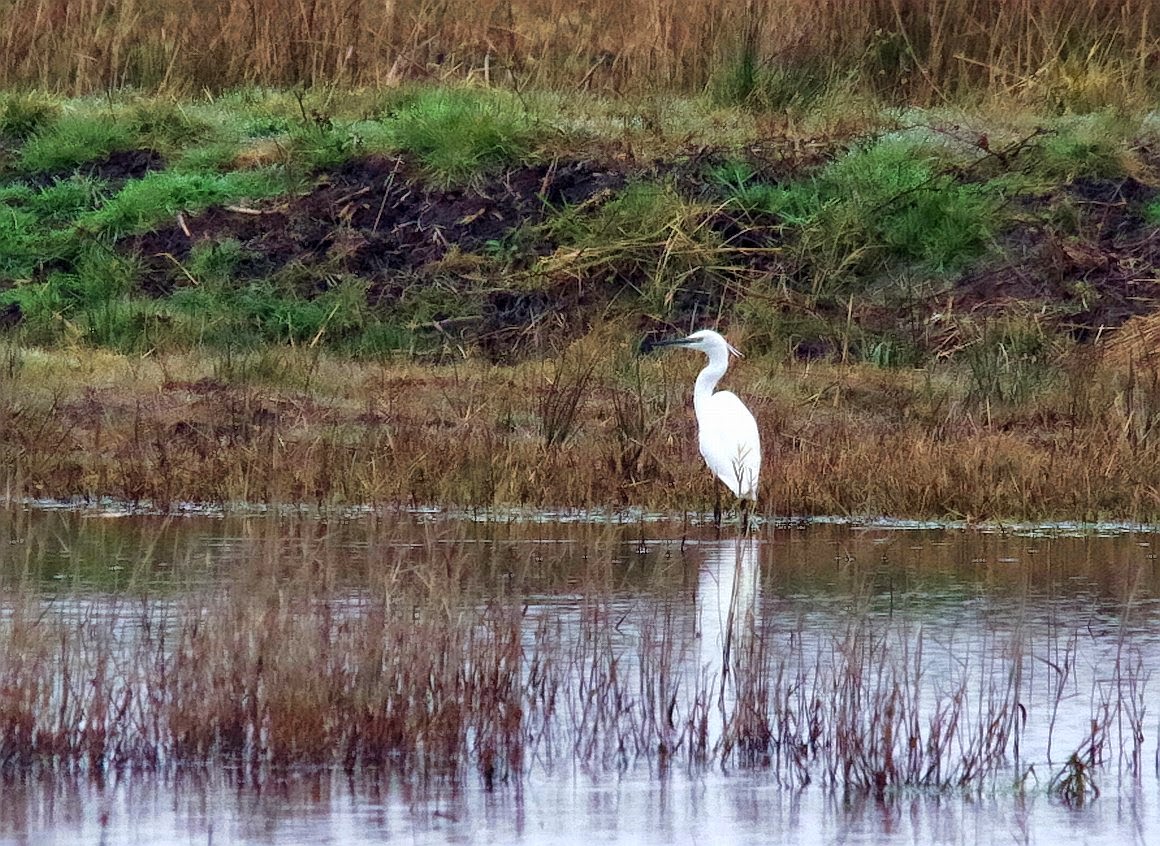 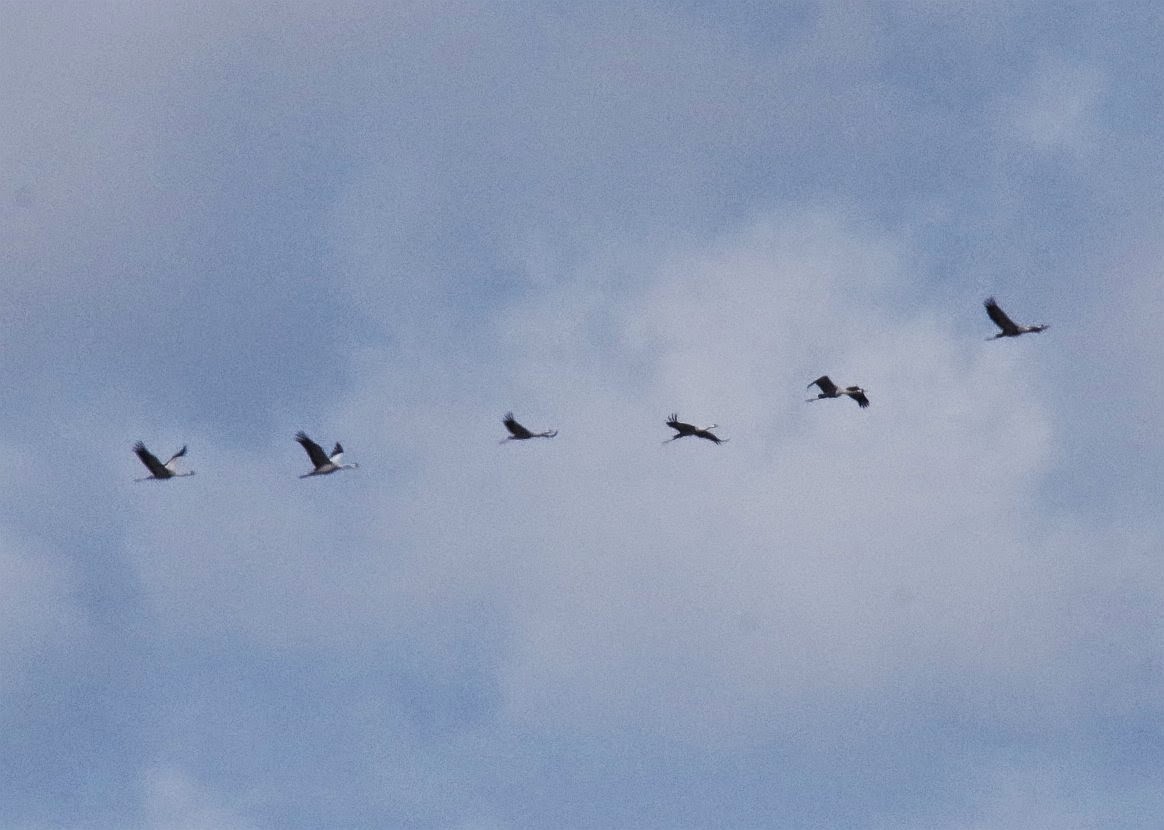 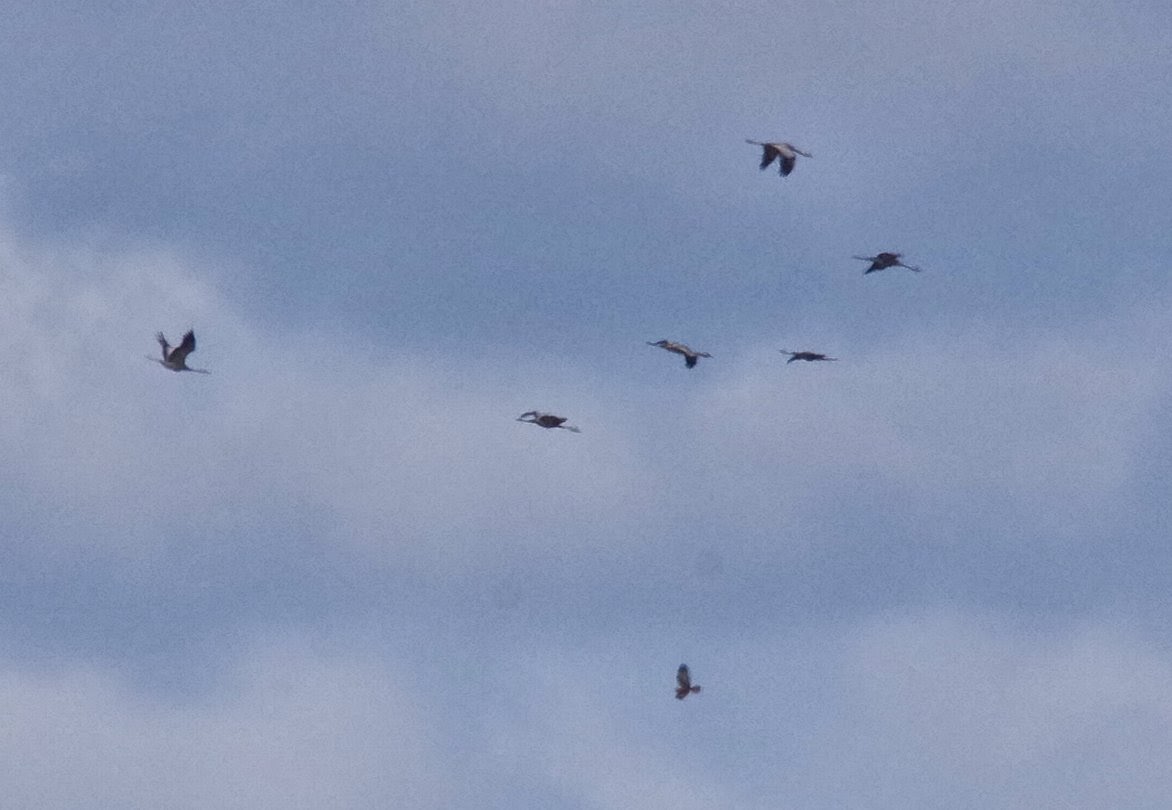 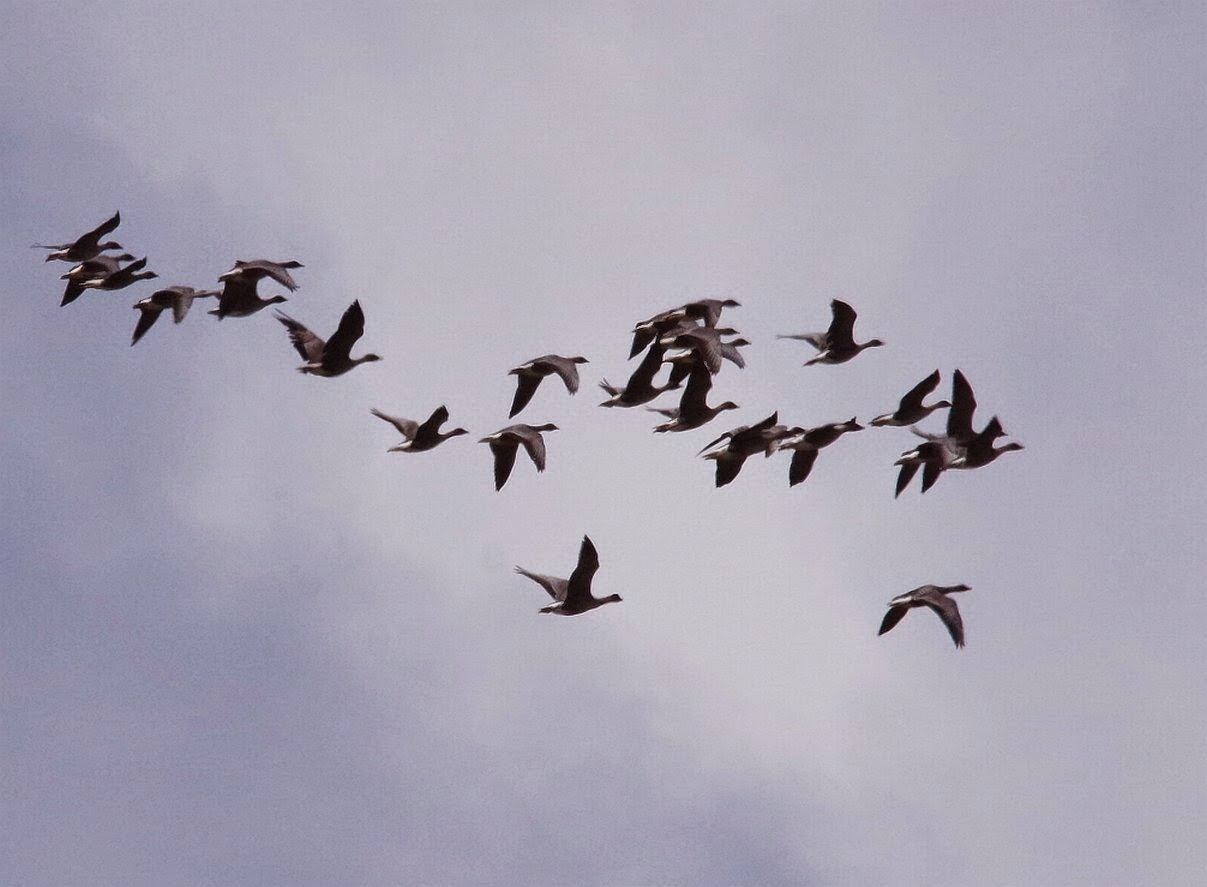 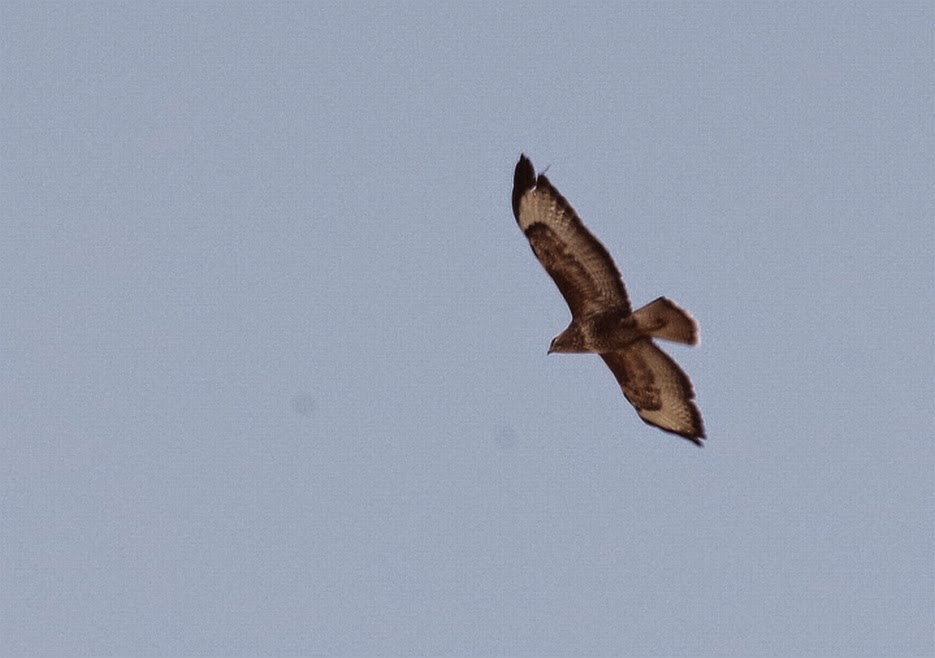