All I can say is: if there had ever been a need for the V-bomber force to deploy during the cold war, I hope they'd have been slightly more accurate with their navigation!

For a fortnight or more, the route of the last surviving flying Vulcan has been published on line: it should have passed directly over Hemblington Hall. In the event, it flew east - west at least three miles south, before turning north over Norwich. I had my 500mm zoom on, so got some photos, but the large crowd that assembled at the top of the Heath (which included quite a few excited children) were very disappointed.... 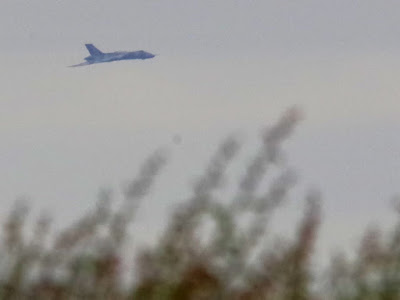 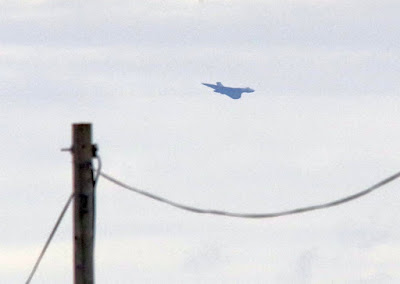 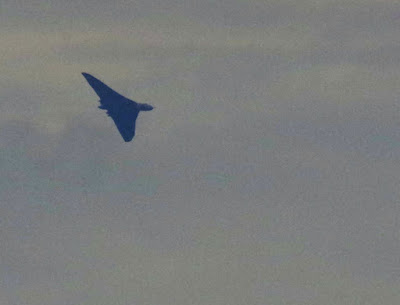 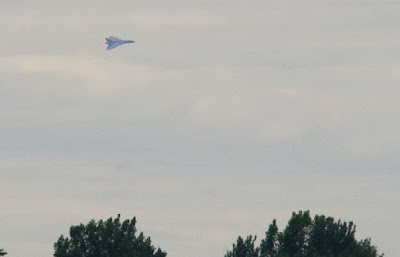 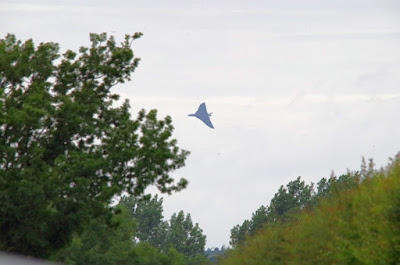 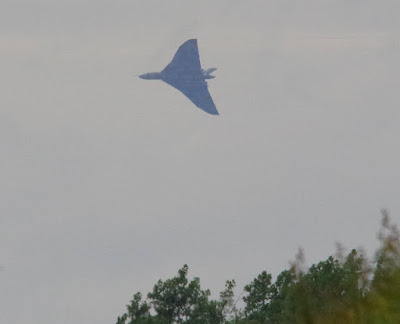 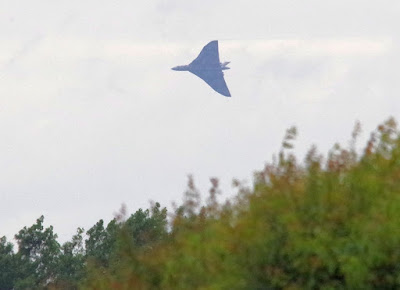 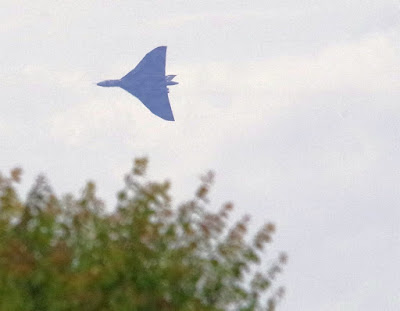 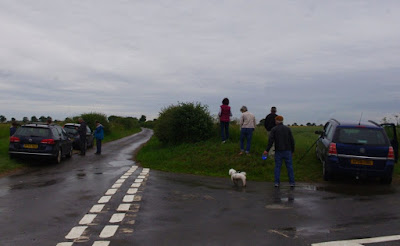