I had arranged to take a couple of my ex-pupils (from forty years ago!) out for a morning's goose hunting: unfortunately the torrential rain predicated a postponement. Around 10.00am the weather began to brighten, so I made my way through the flooded by-roads to Cart Gap, where a pretty little Desert Wheatear had been found on New Year's Day. A couple of pounds in the ticket machine bought me two hours parking: I headed off south along the seashore promenade for about a mile and a half to where the bird had been showing earlier. As I joined a group of three or four birders, I was dismayed to hear that the wheatear had flown off to the inland caravan site. Strangely, I still felt confident that I'd be lucky: justifiably as it turned out, because minutes later it was refound by Lee Evans. I stood still and was rewarded when the bird hopped towards me, eventually feeding just a couple of metres away! 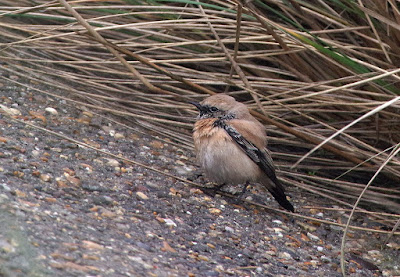 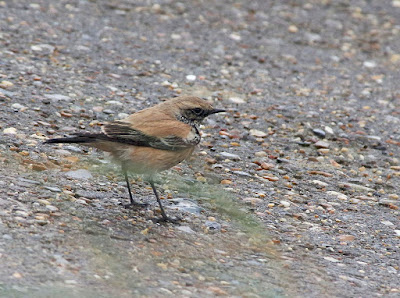 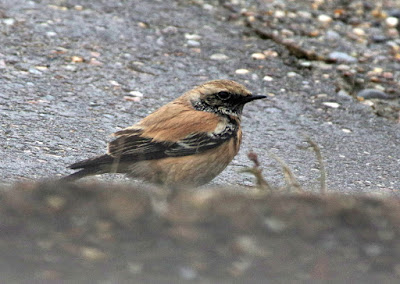 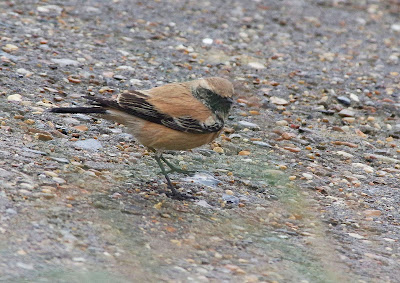 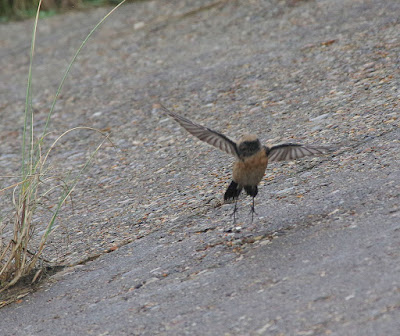