Cranes and Storks: last collection for the time being!

A couple of small groups, two members of which haven't been easy to see recently. The Sandhill Crane had been tracked all the way down the UK coastline, before finally pausing (distantly!) near Butley in Suffolk. I've only ever seen a single Black Stork in the UK: this one was refound on a golf course at Southwold by Linda and me, during our days of rare bird video-making.

I remember spending hours  back in the early eighties riding around Horsey on my motorbike after Suffolk birder John Eaton tipped me off that a pair of Common Cranes were in residence. It took me nearly a year to connect with them! Now, the species is widespread in Eastern England and I usually see a few every time I go out!

White Storks are always dismissed as escapes or releases, but I don't believe that's entirely the case. Fortunately, I've seen plenty of 'genuine' birds, both here in the UK and on the continent. 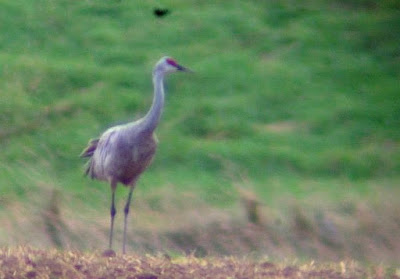 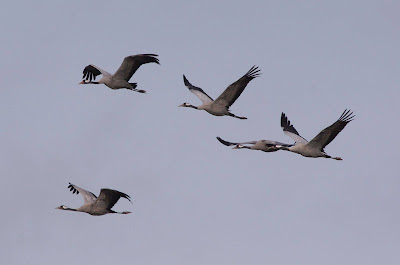 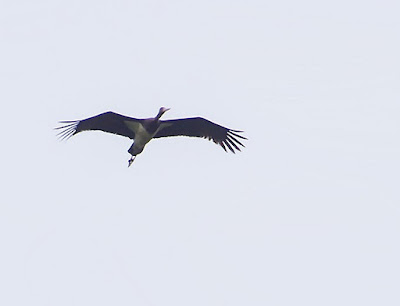 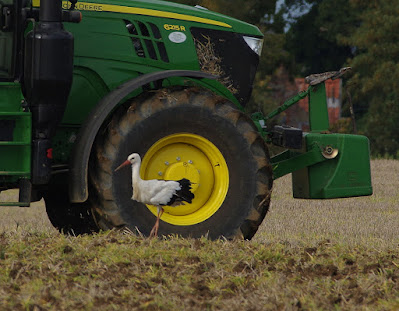 Just waiting to see whether the storks reach Norfolk soon. Great pics as ever. Liked the geese ones that lesser white fronted goose has appeared on RBA alert a few times!!

The situation is even more confused in Norfolk! As well as the Kent birds, we have wire hoppers from Thrigby Hall! But of course, Norfolk is an obvious landfall for continental birds: now and again a bird with no rings or signs of captivity well turn up - and STILL get rubbished!

Thanks David. My idea of heaven - a stork in front of a John Deere tractor! Sue