Amazing light effects on the Moon

Last night (in between clouds and strong gusts!) I took more photos of the crescent Moon. At the moment it's waxing: this word is from, I think, the Middle English wachsen, meaning to grow. It's the root of the phrase 'to wax lyrical'. In this context, it's used to describe the Moon as it grows larger after the new Moon.

Anyhow! When I looked at the somewhat blurry photos, I was interested to note that high mountain peaks in the darkened portion of the surface were catching the rays of lunar sunrise: a fascinating effect, IMHO! There were two fairly bright stars close to the Moon - always interesting to note. 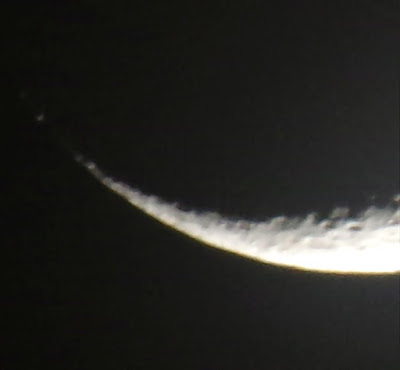 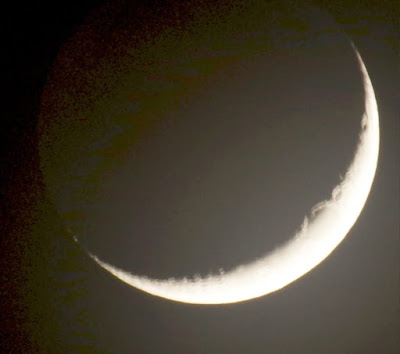 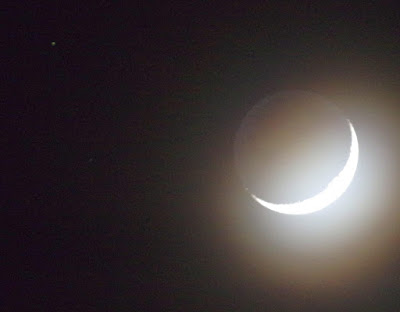 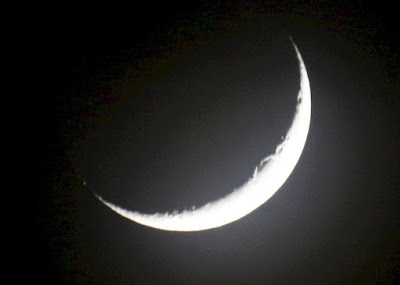