A two mile dawn dash to Wroxham Broad seemed as if it was going to be unproductive: three or four pike anglers were launching their dinghies from the public slipway and the Sun was in exactly the wrong place. Still, I persevered and by pushing through the scrub was able to peer over the fence and examine the northern arm of the broad. Eventually I located the reported drake Eider around half a mile distant by the far bank. Obviously, 'Eider' preferred it to have been closer, but still it was unmistakable and I even managed a few shots! A terrific bird to see on an inland water just a couple of miles from  my front door. 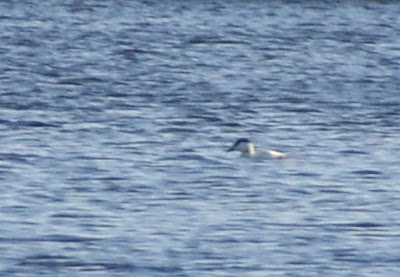 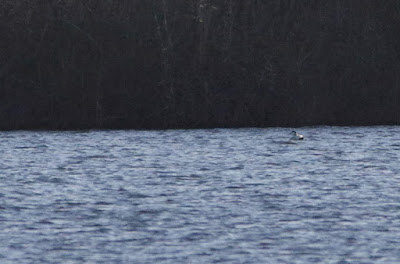 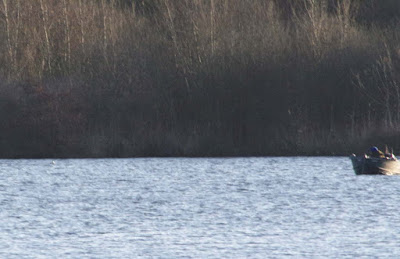 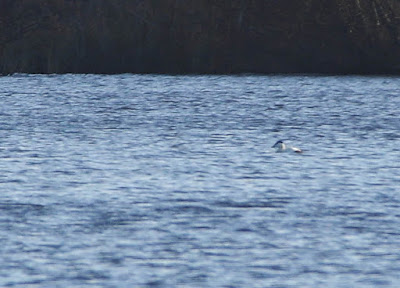 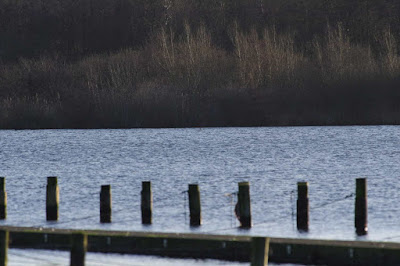 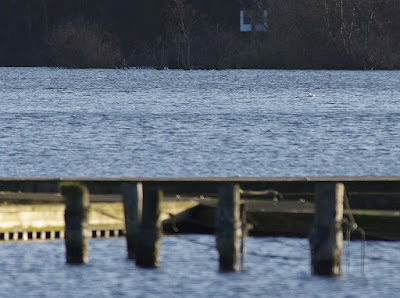 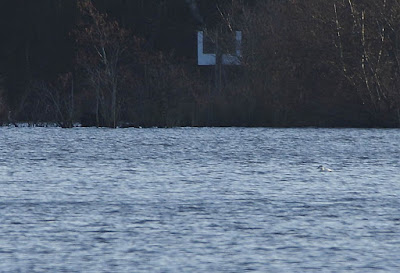 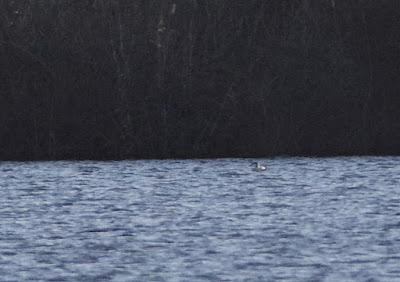