I've just watched a Freeview program about travel disasters: all the usuals (aircraft cowlings falling off, cruise ships running aground, heavy snowfall on the M5 and so on)

One of the segments dealt with the results of the Icelandic volcanic eruption in April, 2010: the clouds of ash propelled high into the atmosphere caused the cancellation of hundreds of flights across Europe.

When this occurred, Linda and I were enjoying a short holiday in Paris with friends Penny & Paul (Paul had been the bassist in the band I was in at the time) Naturally we didn't anticipate any problems: we had return seats on Eurostar. However, when we reached Gare du Nord, we discovered that the entire place was heaving with people trying to get train seats, there being no spare capacity on the ferries!

Despite a right old scrum, we traveled back on time, arriving at Ashford mid-afternoon. The drive back to Norwich was pretty uneventful, but we were interested - excited, even - to discover that the ash cloud was actually visible in the west as the Sun set. I took the photo from the rear window of Paul's BMW as we headed north up the A11: the crescent Moon and Venus add to the beauty of the photograph... 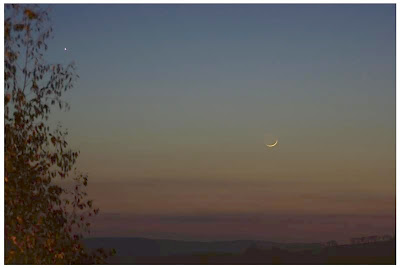 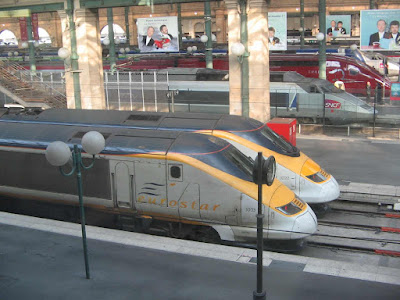 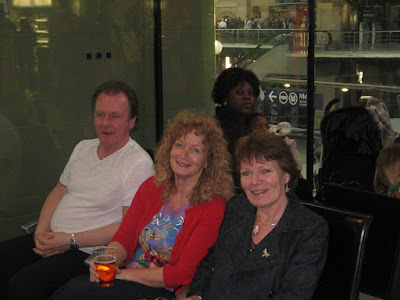