Bee-eaters at Trimingham: back for more! (And a Glossy Ibis for luck!)

Since Linda, Brian & Norman had yet to visit the Bee-eater colony, we met at 7.00 and were in the car park just as it opened. The cool northerly wind kept the exotic beauties low on the ground, where they divided their time between burrowing and mating!

Since we only had half a day available, we returned via Hickling for a stab at the reported Spotshanks: no sign, unfortunately, but a lone Glossy Ibis, a couple of gaudy Ruff and two displaying Great Egrets were worth the trip. Several Swallowtails were on the wing, as were four or five Hobbies. 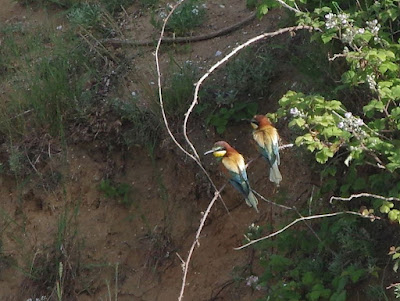 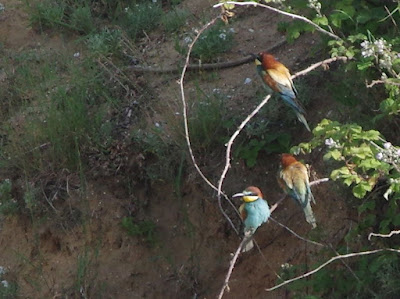 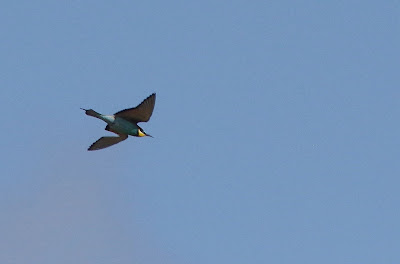 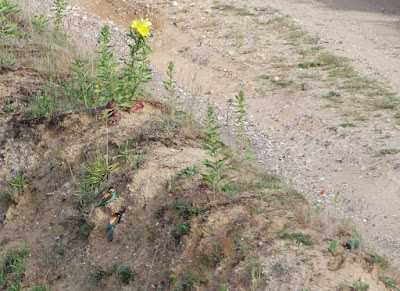 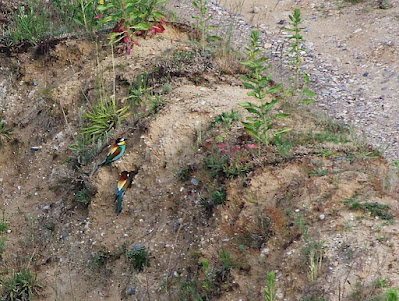 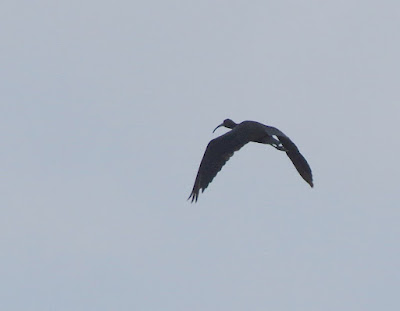 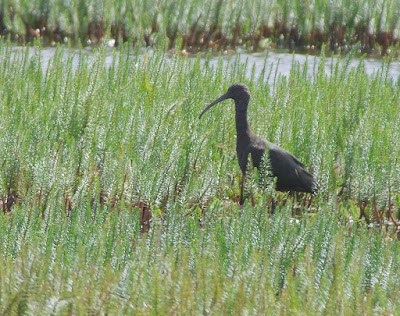 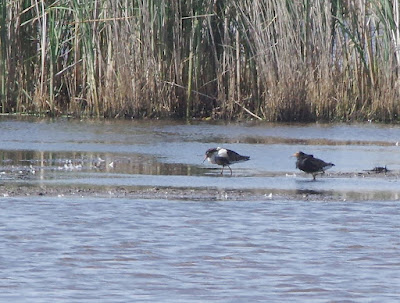