Snowman's June outing among the Manuka

If I'm honest, poor old Frosty is looking a little worse-for-wear: but do I touch him up, or just leave him in his somewhat battered state? It's well over a year since he first appeared on the blog, so I suppose he's not fared too badly!

The beautiful ruby-red flowers are Manuka, which is the source of the incredibly expensive honey from New Zealand. (£50+ a jar!) Linda's bees love it! BTW: don't fall for the cheap generic honies being offered in many supermarkets - much of it consists of a honey base with syrup added to bulk it out! Traditional beekeepers like Linda have to submit their product for rigorous testing, which guarantees its purity and integrity. A certain country on the other side of the globe buys Manuka honey from New Zealand and dilutes it with sugar water! It's a fact that there is more Manuka honey on sale globally than is produced each year! 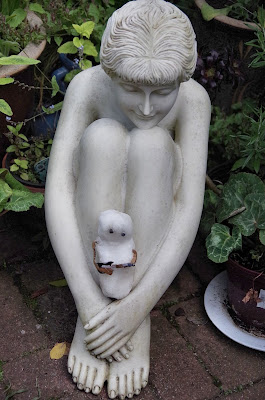 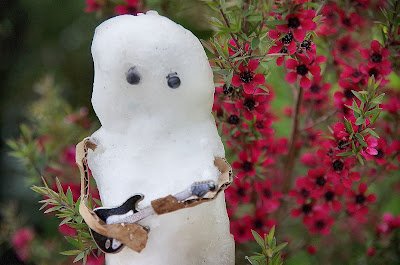 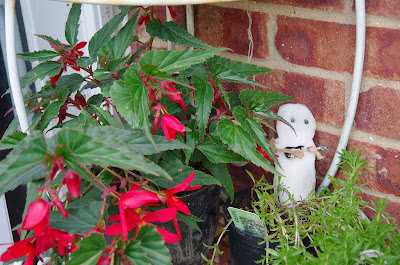 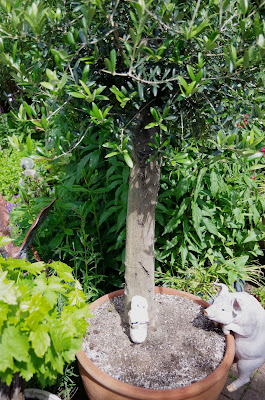 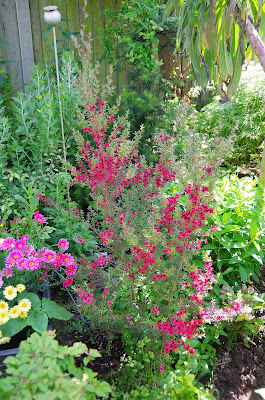