Pectoral Sandpiper at Titchwell and odds and ends along the coast...

Are friends electric? Only: mine ran out! (As Gary Numan nearly said!) Put it another way: Brian and Norman are both away for a while and Martin seems to have 'moved on'. As a result, all my birding has been solo this past few days: although, in Norfolk, you're never really alone, because the majority of midweek birders are generally friendly and happy to chat.

Today I made a flying visit to Titchwell hoping to see / photograph a Yellow-browed Warbler this Autumn (I've now seen over twenty, but they've eluded my lenses!) I also thought it was time to connect with the long-staying Pectoral Sandpiper. which - despite what some of the news services are currently reporting - eventually showed among the vegetation to the left of Parrinder Hide. Lots of Dunlin, Knot and Ruff, but I couldn't pick out any Curlew Sands today.

A move to Holkham (£3 for two hours!!!) produced more tantalising YBW sightings - four at least - but no photo ops. There was a reunion with the Spring's Great White Egret, still distantly stooging about in his ditch from the Jordan Hide. 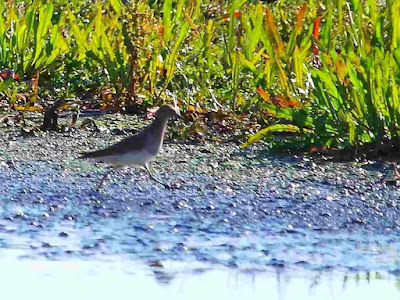 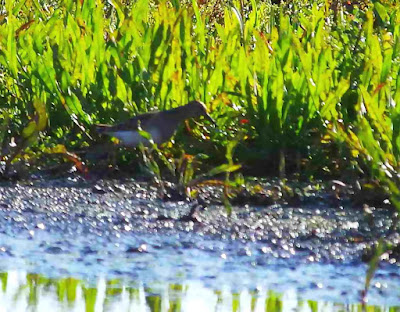 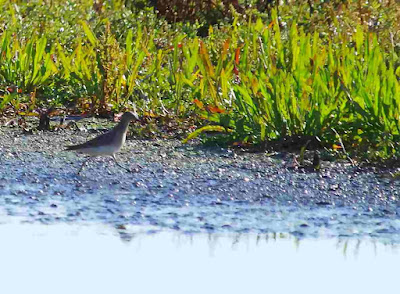 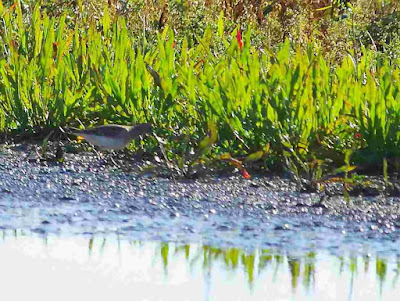 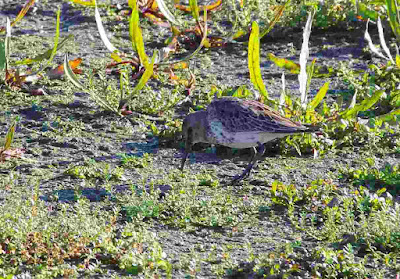 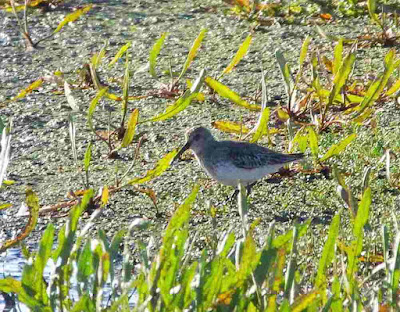 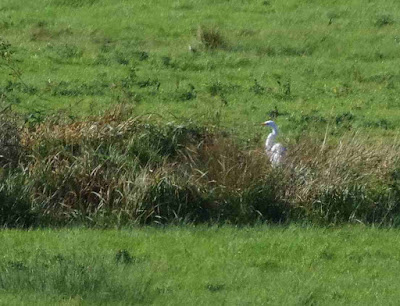 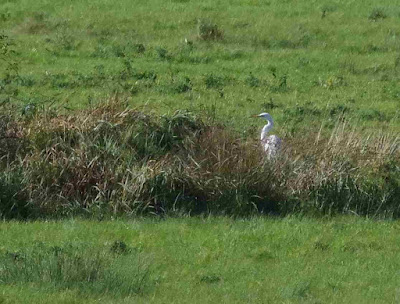