Three go mad in Suffolk! Deer and Dartfords but no Stonies!

Brian, Norman and I made our annual trip down to the Stone Curlew jamboree in Suffolk but for some reason there were absolutely none to be seen! Whether it was the winds, the sudden temperature change, the high grass or the livestock, not a single bird showed itself: this time last year we saw over 100!

There was a small group of Red Deer - a stag and two hinds - which species became a recurring theme of the day! I should say at this point that I unaccountably left my camera in the kitchen when Norman picked me up! But Norman, being the star he is, lent me his Nikon D7 (?) for the day: all the images apart from Brian's two (the flying Spotshank and the stag) were taken with this outfit: suddenly my Pentax seems a little less than perfection!

A move to Minsmere (where I bumped into bass guitarist mate Colin, his wife Pat and their two friends) wasn't over-productive: nine Spotted Redshanks, a few Bearded Tits, more Red Deer and a Kingfisher were the highlights. We finished the day on Westleton Heath, where the Red-backed and Great Grey Shrikes were both no-shows. However, making the most of Norman's camera, I did manage decent shots of a couple of Dartford Warblers (and more Red Deer!)
All day flocks of Mistle Thrushes and Fieldfares flew over: just as we were leaving the Heath these were followed by three Ring Ouzels... 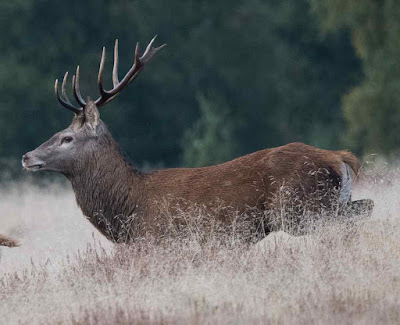 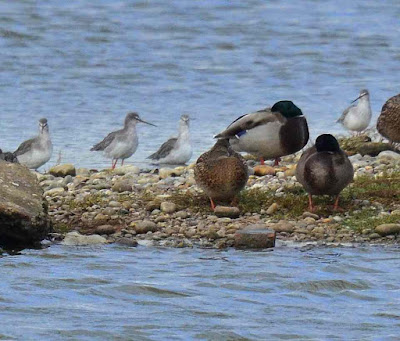 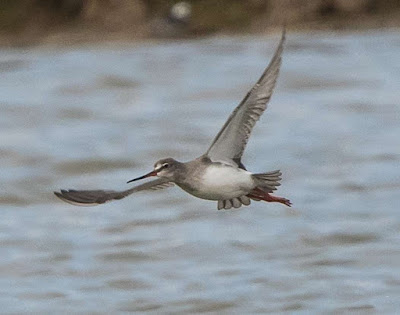 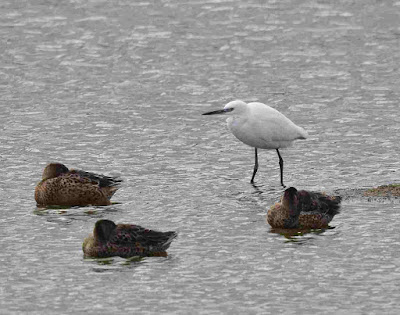 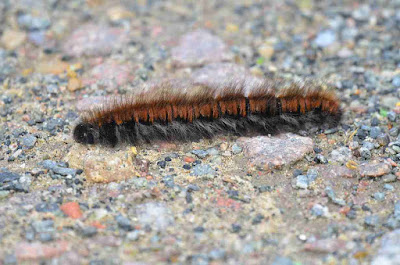 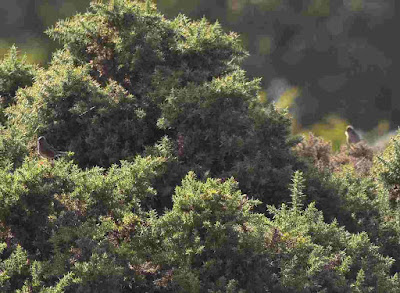 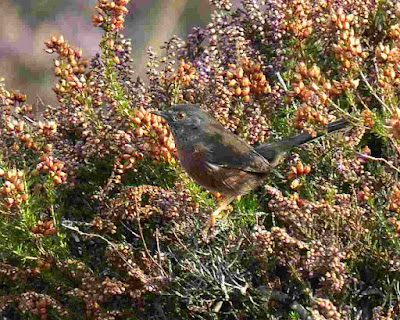 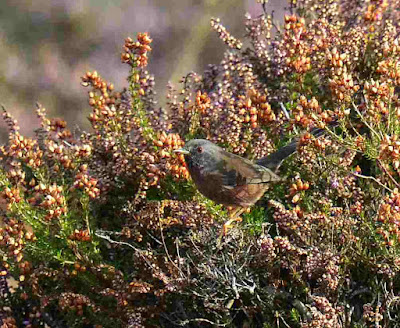 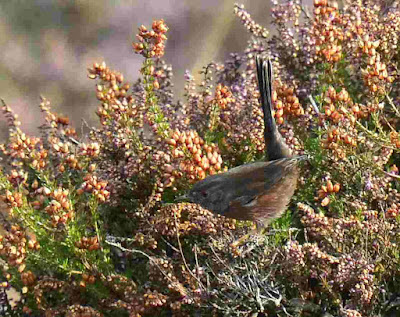 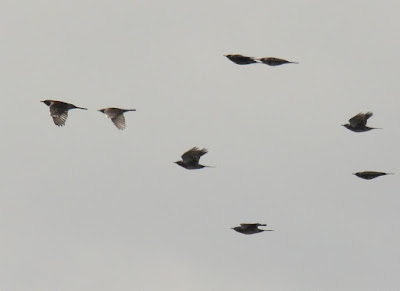 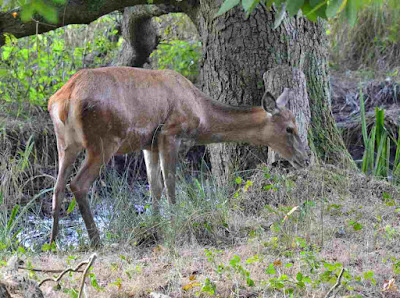 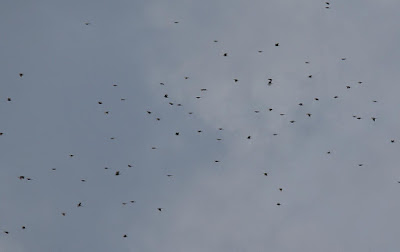 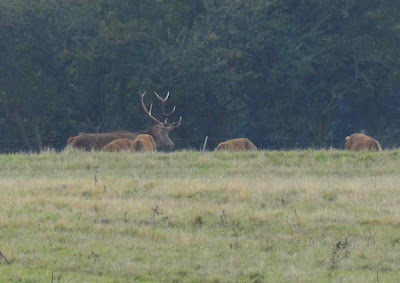