A really impressive sight: the crescent Moon setting in the West... The large crater on the southern terminator is our old friend Clavius.

With a week-long easterly airstream and seventy five miles of coast walked in a week, I'm really surprised - slightly disappointed, even - that most of the interesting birds have been in the north of the country. With several hours seawatching fitted in too, I guess I was unlucky that the BBA slid past while I was not at the coast! Still: a few more weeks of optimum migration time and favourable winds, so anything could still happen! I'd love to unblock Great Snipe (just rear-end flight views on the Point, so I've never added the species to my life list) and decent photos of Pallas' Warbler would be nice. A White-billed Diver on Holkham Lake wouldn't go amiss, either!

Meanwhile: I've noticed the 'hit' count of this blog has reached 180,000: many thanks to all of you who tolerate my ramblings - I hope some of the information (all first hand!) has been of interest, if not value! 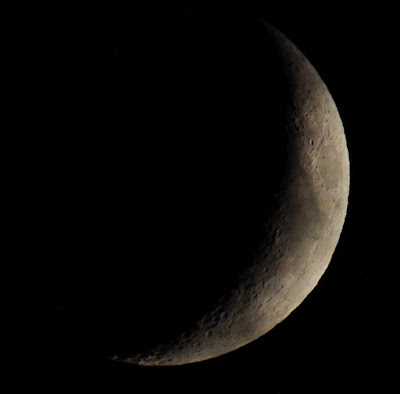 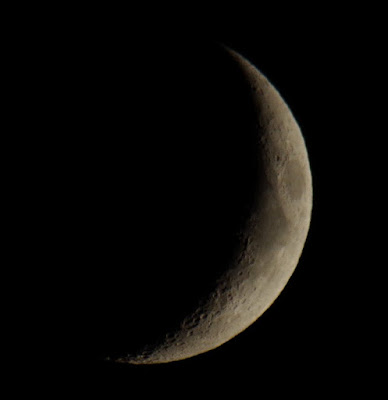 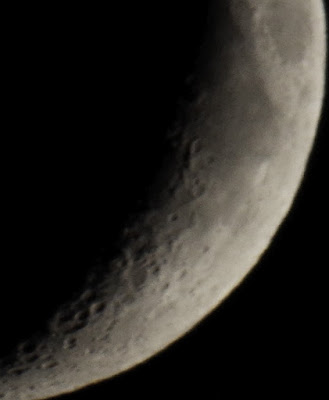