Little Owl - always sweeter on the local patch - and a non-scary bird scarer!

Joyce and Andrew - a very nice couple we met through various activities at our beautiful little local church - have occasionally told us that they often have Little Owls perched on the porch or derelict barn of their house. Now I've walked past this delightful Georgian manor several hundred times and never caught a glimpse. But today I did! On the way home from the Dr's I glanced across and glimpsed a Little Owl lurking among the ivy-covered beams. I didn't pause, but carried on home to pick up Linda and a camera: fortunately this grumpy-looking little waif was still in the same place when we arrived back ten minutes later. Also nearby was a flock of over a dozen Egyptians: I have encountered the species on the Heath in the past, but this was the most I've seen together...

Meanwhile, back at the ranch, Linda bought a black cat with reflective eyes at yesterday's car boot: we just thought it was cute and would go well with all the other kitch in the garden! I discovered later that they are sold to scare birds and cats away from seeded beds. No-one seems to have told the birds, though! 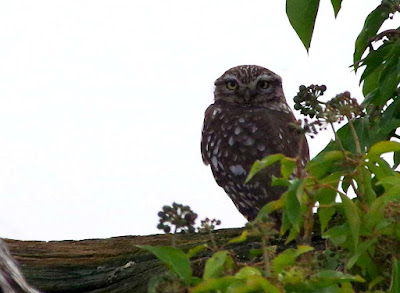 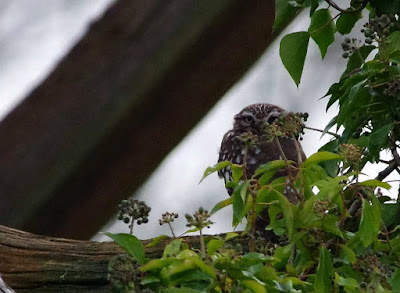 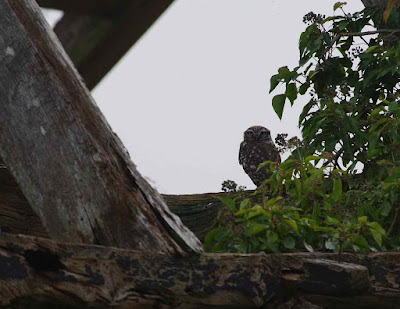 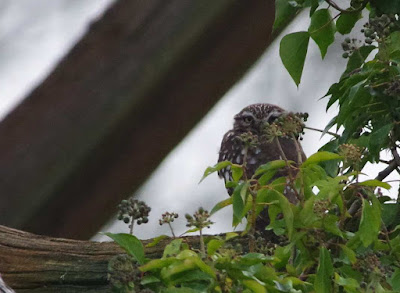 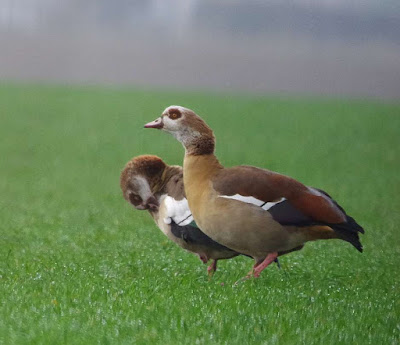 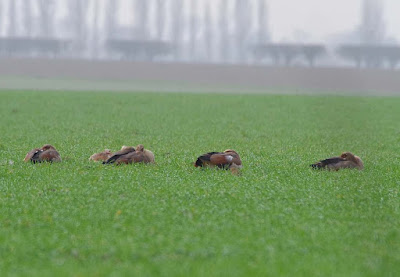 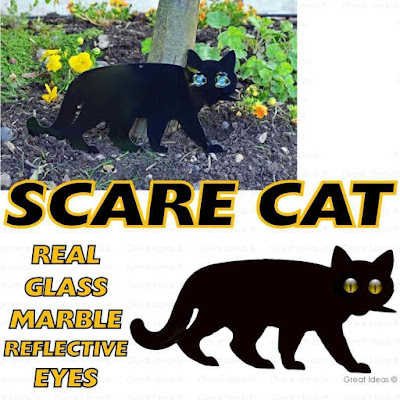 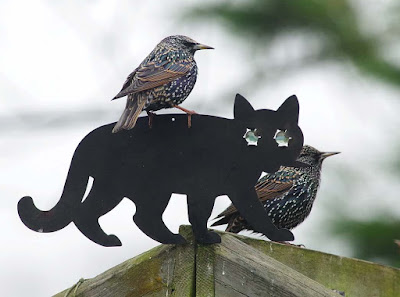 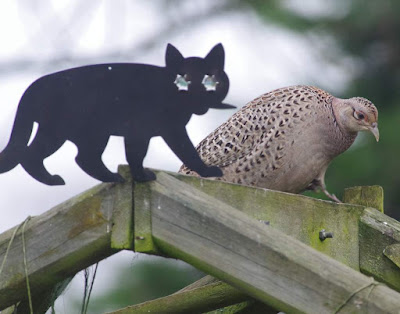