As I was driving north to Titchwell yesterday (at around 4.00am!) I stopped to photograph the waning crescent Moon, just above the eastern horizon. Nearby, to the north (left) was Venus - incredibly bright, even as a thin crescent itself: around magnitude -3.8. Stretched along the ecliptic were three more planets: Mars, Jupiter and Saturn. An hour earlier, Uranus would have been visible too, just to the left of Mars! 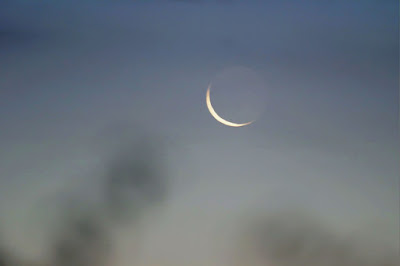 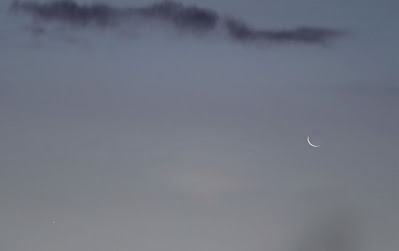