It has been interesting to read other people's online accounts of the Honey Buzzards at Swanton Novers, which differ in the number of birds present. On Tuesday our group definitely saw two pairs: one flew south overhead, while just a few minutes later a second pair flew from left to right over the woods to the north. There simply wasn't enough time for this to have been the original pair returning. There may have been a fifth Honey: at one point three birds were displaying together, all of which exhibited the characteristic anhedral wing profile. In any case, there were without doubt more Honey Buzzards present than the single bird recorded on RBA and the various blogs that use its data.

Here are a couple of images of the bird that came closest (but which was nevertheless still just a silhouette at the time!) 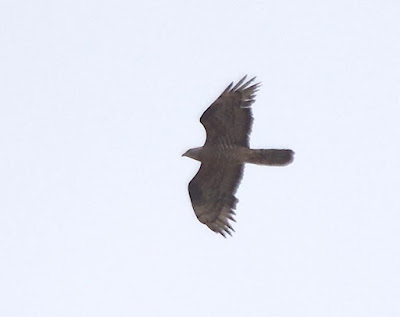 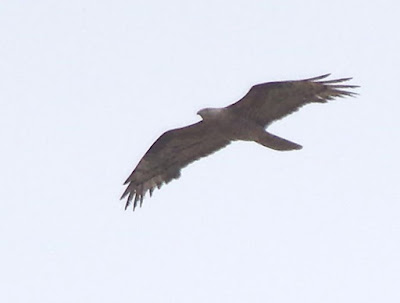 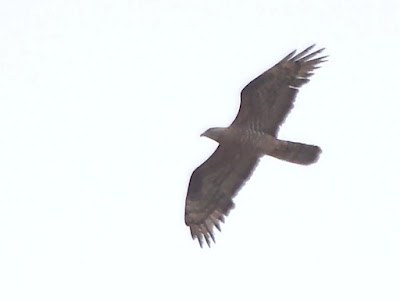