From as rare as hen's teeth to positively common!

I was looking for something in the recesses of a wardrobe when I came across a photo album, filled with very old bird pictures. I'm almost certain these are all my own - the dodgy quality suggests that's the case! - but if not, I do apologise.

At the time I was very much more inclined to drive long distances to see a new bird, sometimes at the drop of the proverbial hat. I had a Praktika SLR and 300 prime, but neither were anywhere near approaching the Pentax KS-2 and 300 / f4 set up I use these days. Nevertheless, I frequently clicked away, only to be very disappointed when I picked the results up from Boots a fortnight later!

What the photos below have in common is that they all represent what were very unusual and twitchable birds when they were taken:

1) Great White Egret at Horsey. I queued for an hour and paid ten bob for a five minute view from the top of the mill. I recall it was only the twelfth UK record at the time!

2) Great White Egret at Minsmere. Similar situation: the queue at the entrance waiting for staff to open the carpark was several hundred vehicles long! This was the first occasion I met Lee Evans!

3) Little Egret at Welney. I left a dinner party and drove from Norwich to see this bird! It was a tick for me - and lots of others - at the time.

4) Glossy Ibis at Stodmarsh. Back in the eighties two of these had been resident for a number of years. One Winter, Linda, Bob Walker and I drove down especially to see one of them, having to wait until dusk for it to glide in to roost.

5) Cattle Egret. The first time I met Martin Reed was when he and his then wife Sally came over at Nancy's and persuaded me to drive to Hykeham in Lincolnshire to add this bird to our life lists.

Of course, all of these are either established residents these days (I've seen seven different Cattle Egrets and six different Great Whites since last Autumn!) or are either breeding or showing signs that they soon will.

Some Herons are getting scarcer though: Night and Purple Herons seem much harder to connect with these days, whereas I remember both either breeding or being rumoured to do so at several sites in the nineties... 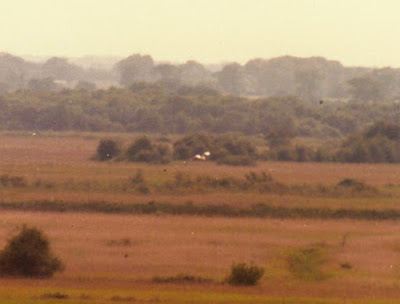 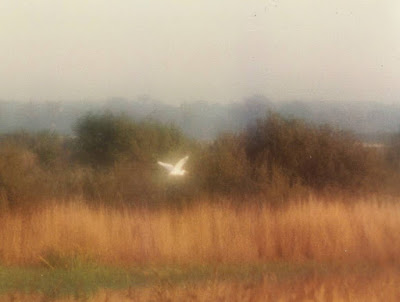 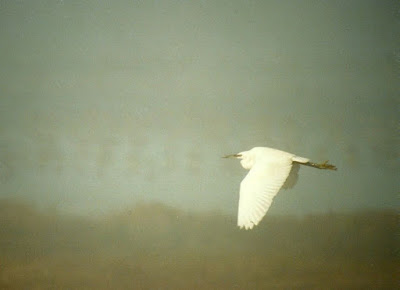 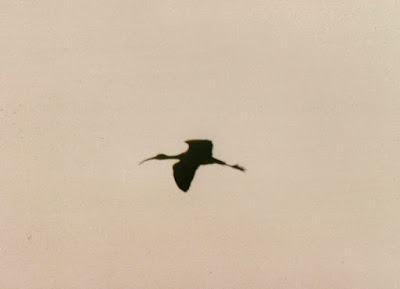 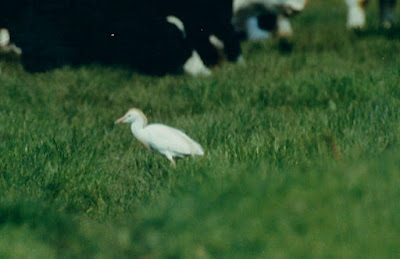