Despite overcast skies and persistent drizzle, Brian T picked me up at 7.15 for a cruise along the North Coast. First stop was Cley: we parked at the end of the East Bank and walked out to the sea in the hope of catching up with the long-staying Smew. No sign, unfortunately - just a few of the expected birds: Little Egret, Wigeon, Curlew and so on.

We continued westwards to Holkham: Brian hadn't seen the Shorelarks this winter, but a brisk walk to the right of the Gap soon revealed a group of thirty or so. The presence of many boisterous dogs and their thoughtless owners made decent photography difficult, but we managed a few record shots.

Since we were so close, it seemed silly not to have a look for the Pallid Harrier at New Holkham: a large gallery by the roadside indicated that the bird had been located. This was indeed the case, but you'll see from the photo below that it was very distant and hunched down in the cereal stubble. A couple of friendly locals let us look through their 'scopes and, even at a range of around a mile, it was possible to make out the head markings and apricot breast. This was the fifth I've seen in Norfolk, so we didn't stick around in the hope of closer views.

Last stop was Titchwell for lunch: a Linda McC veggie sausage bap made an excellent change from the usual cheese scone! We walked out to Patsy's Reedbed where we added two Red Kites and a couple of dozy Red-crested Pochard to the daylist. Best find of the day, though, was a small pool full of mating frogs: over 500 with absolute mounds of spawn! The walk out to the seashore provided views of all the usual waders (Knot, BT Godwits, Dunlin, Oycs and so on) as well as two smart Mediterranean Gulls. Even with the tide coming in, the smallish Scoter flock was incredibly distant. Even so, it was possible to pick out a few Velvets, a Long-tailed Duck and a couple of Scaup.

On the was back to the car park I noticed four Elf Caps - how cute are they!? Brian says there are some at Strumpshaw: I shall have to keep an eye open for them... 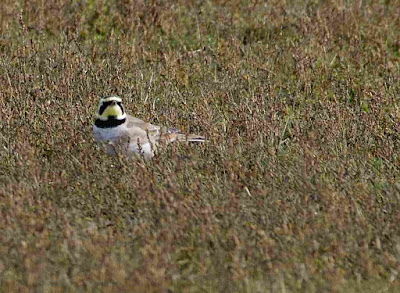 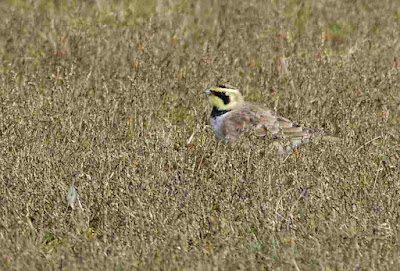 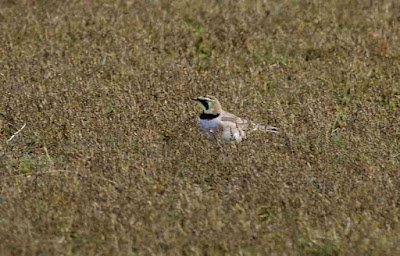 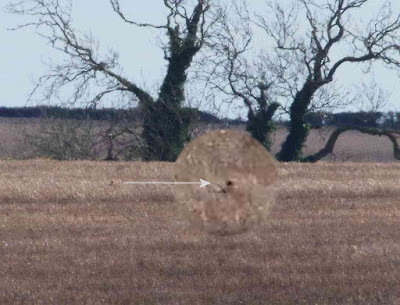 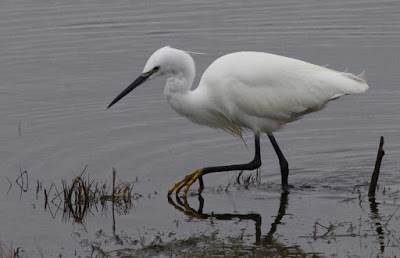 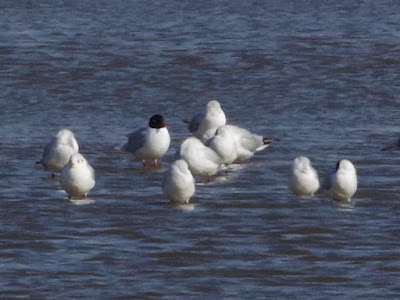 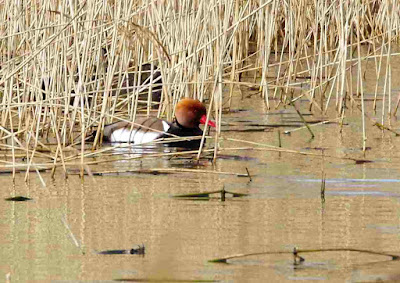 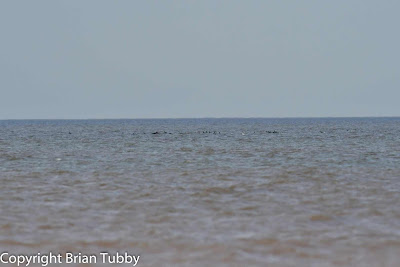 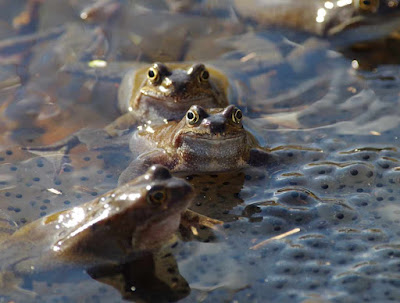 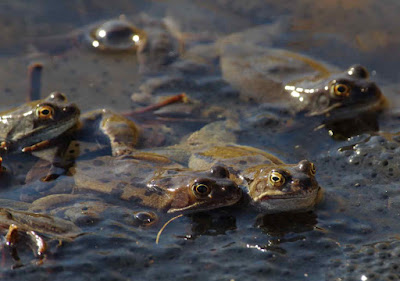 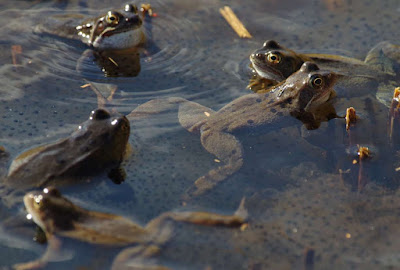 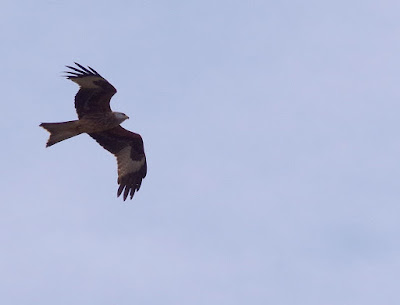 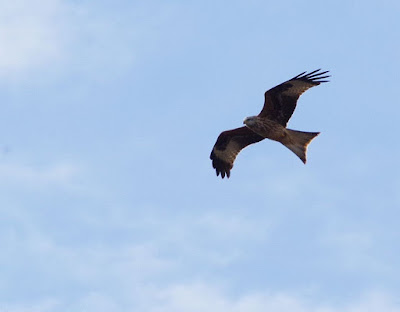 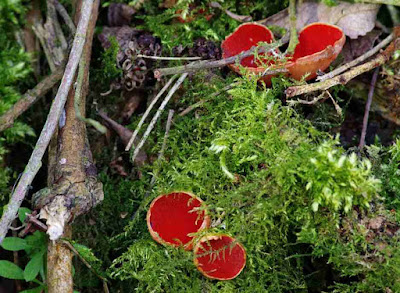