Our garden is both a constant source of pleasure to Linda and me, and a continual drain on our time budget! At least one decent session a week is spent mowing, pruning, dead-heading etc etc...

It's unusual, however, for this effort not to be rewarded and today was no exception: for the first time in several years we found a couple of pristine Common Frogs on the rockery by our small Koi pond. At one time (before the Koi grew so large!) we often used to have a pond-ful of spawn in the spring: perhaps this is a good sign.

Elsewhere, the sustained fine weather has filled the garden with butterflies: up to eight Peacocks, five Red Admirals, numerous Large and Small Whites and half a dozen Gatekeepers and Meadow Browns. We've had several dragons, too, including a Black-tailed Skimmer , which is new here for the year.

Overhead, several Buzzards mewed and wheeled in the blue sky and Goldfinches visited every feeder: does it get any better? 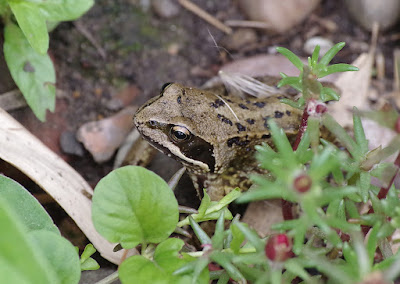 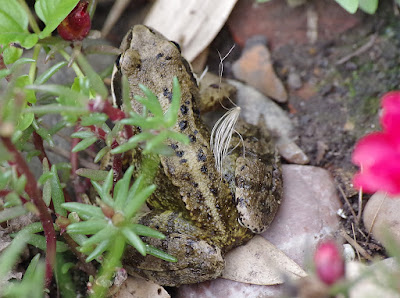 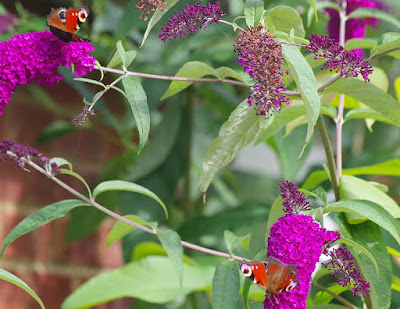 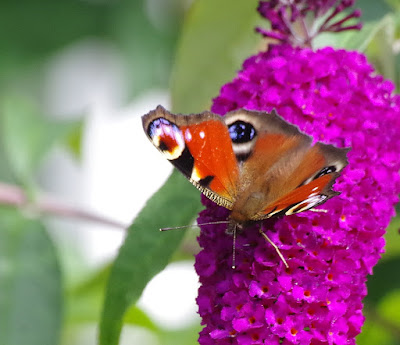 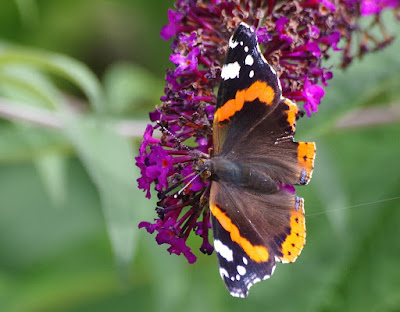 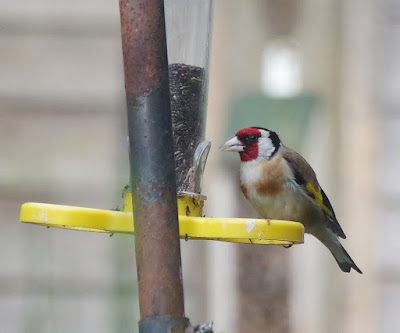 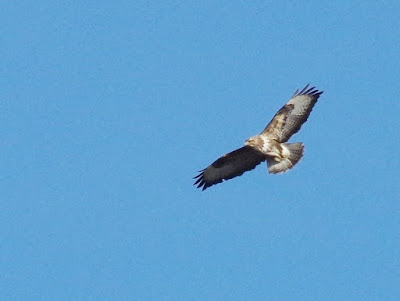