Bonaparte's Gull and Farne Island trip: the best of the rest!

As well as Puffins, Terns and Auks, Brian and I were keen to photograph Eiders. These charming sea-ducks used to breed as near as Lowestoft Harbour, but seem to have become somewhat scarcer visitors to East Anglia in recent years. I do remember seeing a reasonable flock off Wells Harbour some years back, chiefly because it contained a King Eider!

In fact, although we did see a couple offshore from Inner Farne, most of the Eiders had finished breeding and moved to the mainland: we found decent flocks at Seahouses, Lindisfarne and Hauxley. Predictably most of the males were in eclipse, but there were a few moulting adults and a few juveniles standing out from the brownish females. The largest groups were females guarding crèches of ducklings: it was interesting to observe them forming circles whenever large gulls came near. The only other sea-duck we found was a female Red-breasted Merganser at Seahouses: apparently we did well to see her, because only one pair nested on the islands this year.

Other birds we came across during the trips up and down included Siskins and Tree Pipits at Sutton Bank reserve in Yorkshire, several Red Kites and Buzzards by the A47 and a family group of Grey Wagtails by Castle Island on the Wansbeck Estuary. We stopped here for an hour or two to search for the long-staying Bonaparte's Gull: we eventually found it on the far side of the river, flying in to roost on the island. We also found another petite gull with a fine black bill and unusual plumage, but it lacked the terminal tail band of the Bonaparte's: ideas, anyone?

The final posts will be the non-birdy material, including some really lovely orchids! 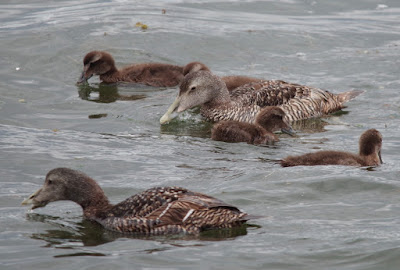 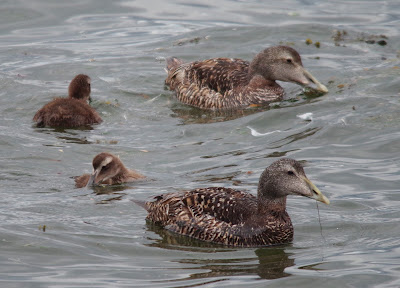 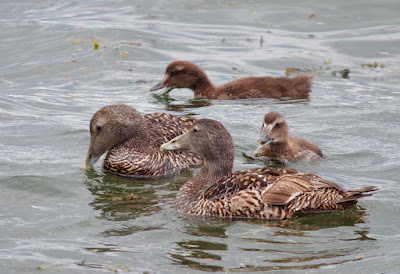 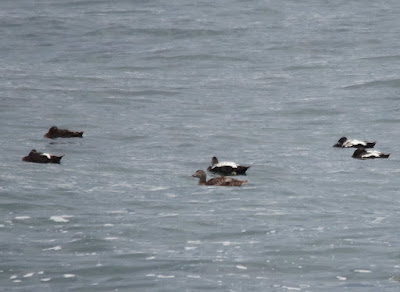 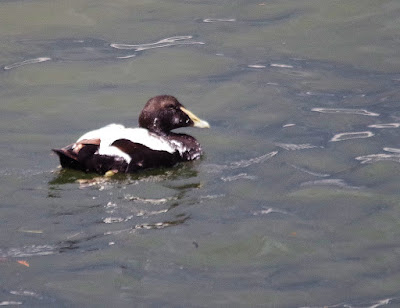 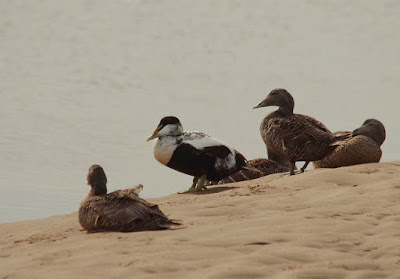 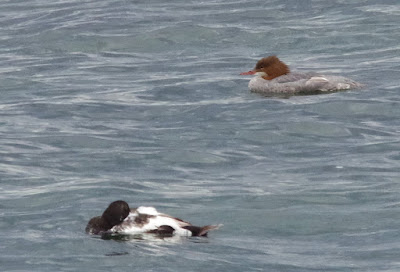 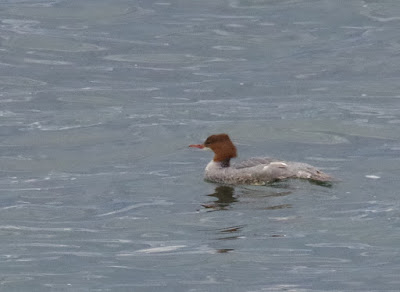 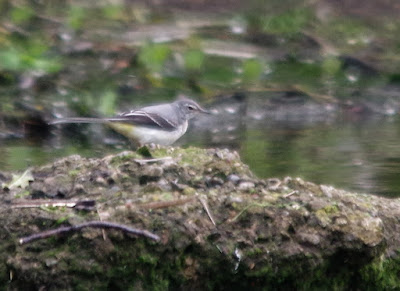 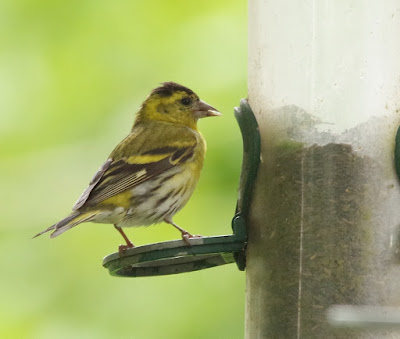 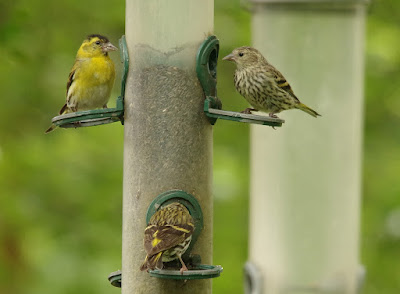 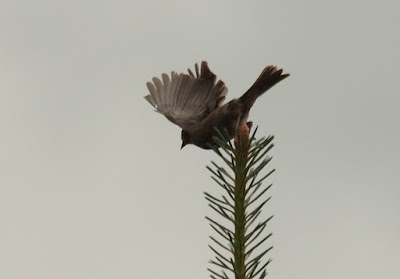 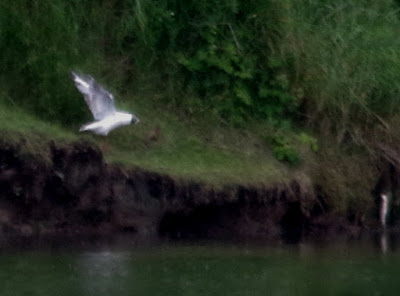 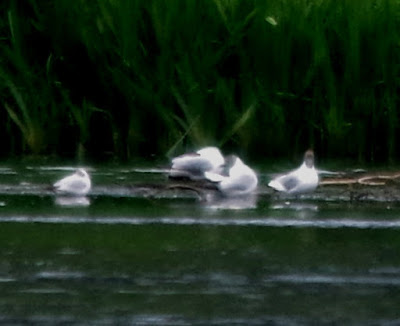 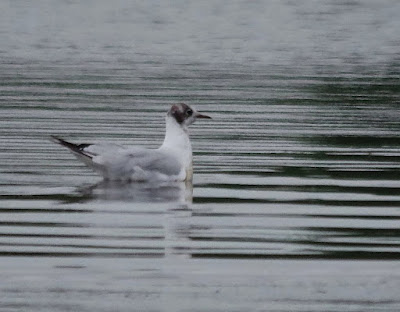