The Farne Islands: Auks and Shags

The main reason that Brian and I travelled 700 miles in three days was to visit the Farnes, in order to photograph the various Alcids and Phalacrocoracids for which the islands are famous.

We stayed at the delightful Victoria Hotel in Bamburgh, so had time for a decent breakfast before checking in at 9.00am with Billy Shiels at Seahouses, just five miles south.

We were so lucky with the weather: the sea was flat calm with little or no wind, a bright sky with translucent cloud and no rain until we were leaving at 3.30pm. The boat trip visited three or four islands and reefs, stopping at two - Staple Island and Inner Farne - for extended shore-time.

Staple Island is covered with Puffins, Guillemots, Razorbills and Shags: for a photographer, it's what is known in military circles as a 'target-rich environment'. I filled a 32gb SD card, and I record my images as jpegs! The main reason I took so many shots was because I wanted to try and capture a Puffin with a full load of Sand Eels: when the birds are flying straight at you, you have a zero deflection shot, but the distance changes too rapidly for autofocus to keep up! If they fly past you, you have to 'lead' like a clay pigeon shooter! Still: I managed a few half-decent images, which I'll post tomorrow. Guillemots (including quite a few of the bridled form) were everywhere, as were the less numerous Razorbills. Shags outnumbered Cormorants considerably, but presented the challenge of photographing a  nearly black bird against a nearly white background! Just a few Fulmars were loafing around on the sea, while Kittiwakes and Lesser Black-backed Gulls were both very numerous.

Inner Farne has a toilet and gift shop, and thousands of Arctic, Common and Sandwich Terns. Nesting amongst them are even more Puffins! You really do need a hat: neither Brian nor I were pooped on, but both of us attracted the odd aerial attack! 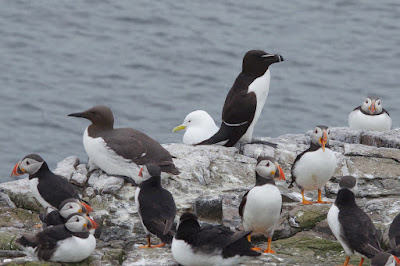 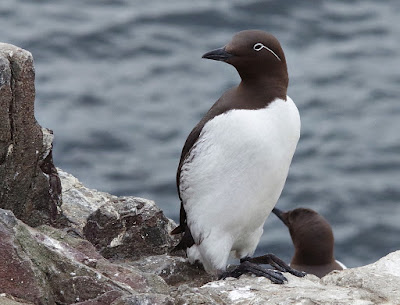 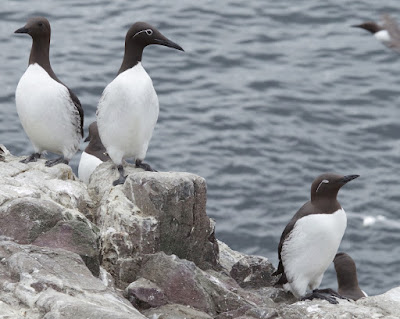 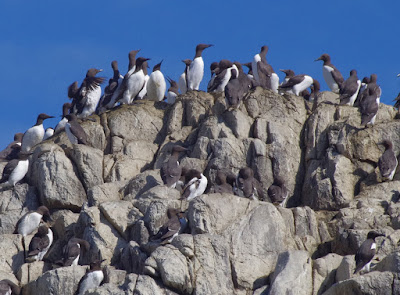 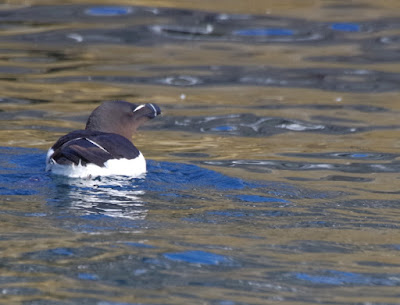 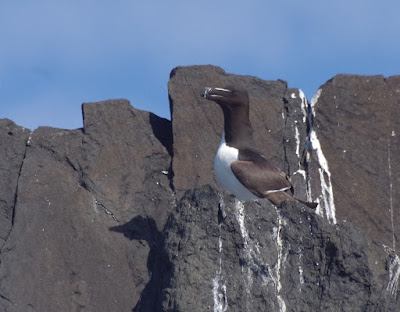 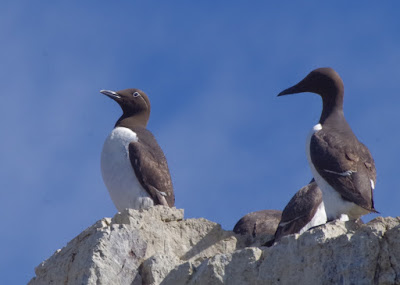 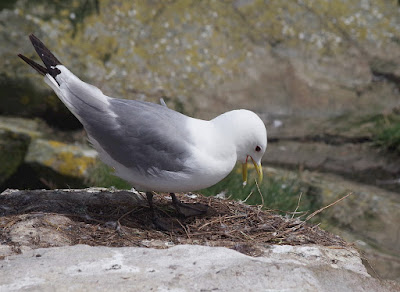 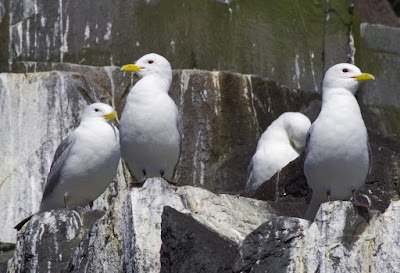 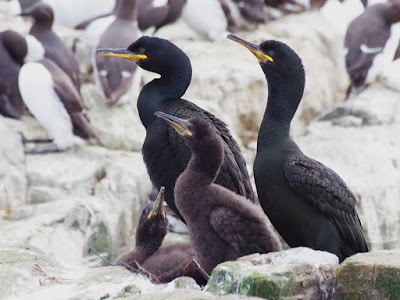 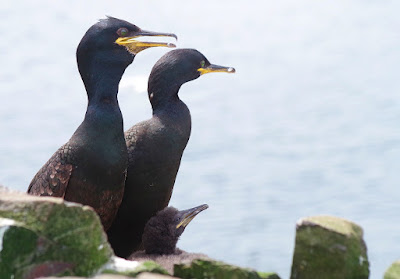 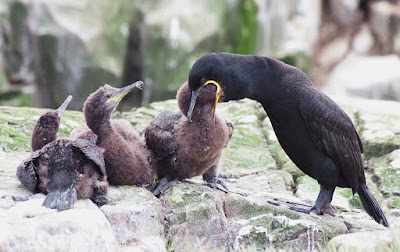 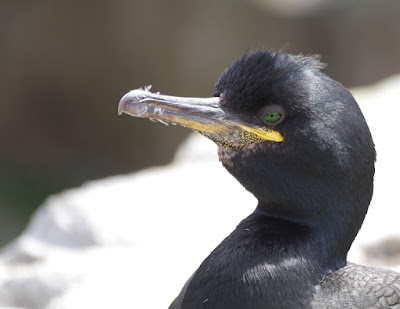 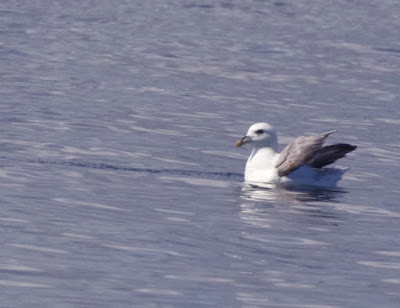