Glossy Ibis at Strumpshaw: back with the new lenses!

As you will have seen in the previous post, dear reader, Linda not only sanctioned a new lens, she also paid for it! I am not worthy! Since we had a brief window of opportunity this morning (and since Linda hadn't caught up with the Glossy Ibis yet) we spent a pleasant couple of hours at the Fen so that I could give the lenses a field test.

In fact it was Linda who located the Ibis, head tucked under its wing, roosting on the island in front of Tower Hide. Great to see this delightful bird again: it was being photo-bombed by Ruff, Snipe, Garganey and herons. Infuriatingly, it never came really close (which is what a 300 prime and 2x converter are best at) and was often a silhouette: still, I was very pleased with the results, and hope you agree they are sharper than those obtained with the 500 t/p.

Walking back we stopped to admire the shoal of Rudd that have packed themselves into the Sluice dyke, as well as numerous Common Lizards. 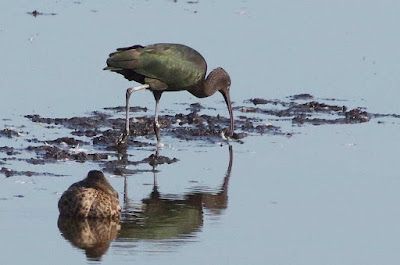 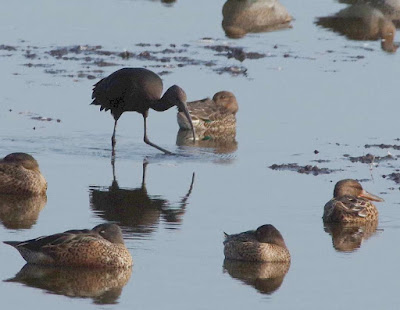 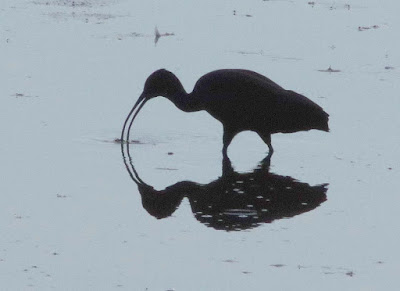 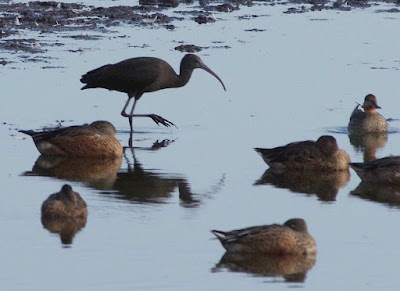 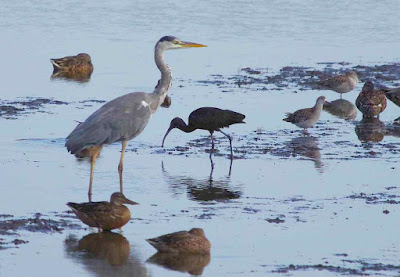 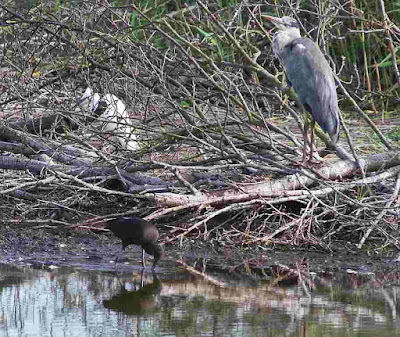 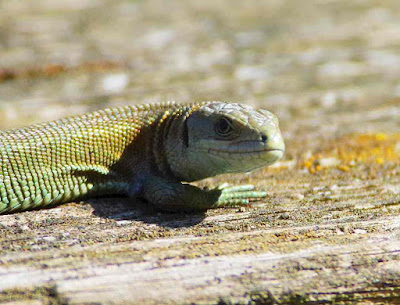 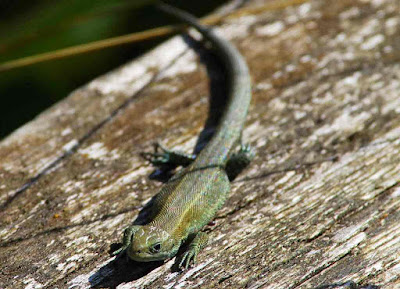 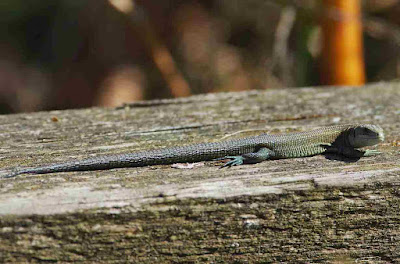 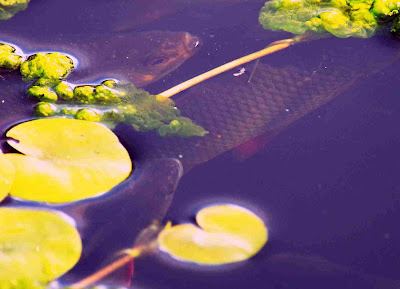