Sometimes you hear something on the radio that makes you stop, listen and get very angry: today an item on the Jeremy Vine Show was a good example!

A gentleman in Leeds is claiming to have found a meteorite from the Perseid shower in his garden: he knows it's a meteorite because "...it's magnetic and was hot enough to light a cigarette from."

To which (as the UK's only full-time meteorite dealer) I respond:

* Meteorites are not magnetic: they are atttacted to a magnet because they contain or are made of nickel-iron. This is an entirely different thing!

* Meteorites are usually cold when they reach the surface: their core temperature in space is close to absolute zero - probably around -250 degrees. They pass through the atmosphere so rapidly (and lose heat by ablation) that they barely warm up: the outside is melted by friction, but soon looses heat by radiation and inward conduction.

* Meteorites have a characteristic fusion crust, which the one from Leeds totally lacks.

* The Perseid meteors (like the vast majority) are regolith remnants from a comet - Swift-Tuttle - and are too small to reach the Earth's surface.

What did our friend in Yorkshire 'find'? A piece of furnace slag. Why was it hot? Perhaps we need to ask him! As for all the other commentators who Mr Vine interviewed on his program, not one of them (including Heather Couper) had a clue what they were talking about. I guess he was more interested in sound bites than the boring facts! Below are pictures of some real meteorites from my large inventory on Spacerocks UK. 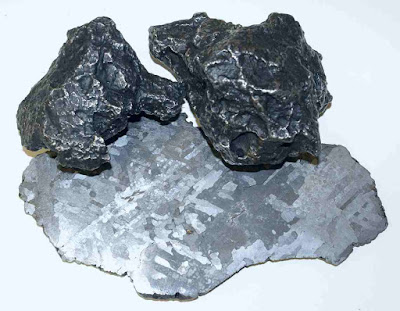 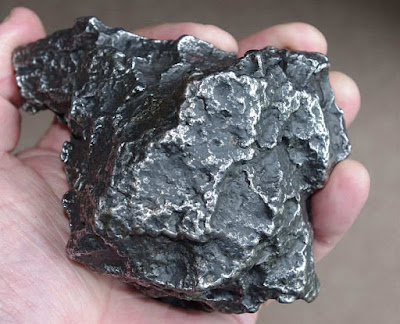 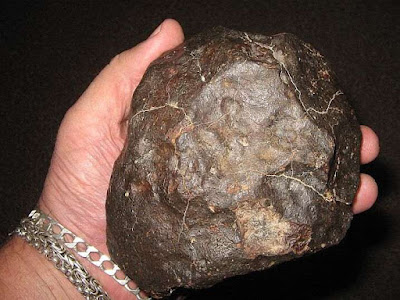