I was going to entitle this post 'Purple Patch' or 'The Colour Purple' or something, because as well as the target bird - a potential first for the UK - Linda and I saw Purple Emperor and Purple Hairstreak butterflies. However, I thought I'd just tag this post with the name of what was probably the most gorgeous bird I've seen for years!

Arriving at Minsmere around half eight, Linda and I joined a smallish crowd of perhaps thirty birders on the path by South Hide. By the time the delightful Western Swampy put in an appearance, this had swollen to around 150. Most were patient, good-natured and friendly: special mention to Strumpshaw regular David, who invited people over to get a view through his well-placed scope. A couple of birders from Brentwood were equally affable: the elder of the two trotted up and down between the two groups, kindly telling people where the best views were available. We reciprocated by telling these two where they could see Purple Emperor: we met them later and were glad to help them connect! There were a couple of somewhat aggressive individuals, but these were quickly calmed down by the general good-nature of the crowd and excellent (if distant) views of the Swamp Hen.

Distant views of Honey Buzzard and Dartford Warbler rounded off the day... 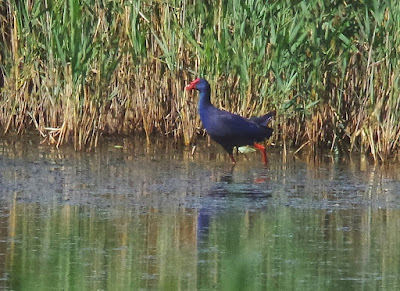 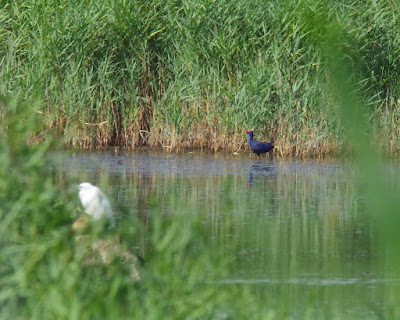 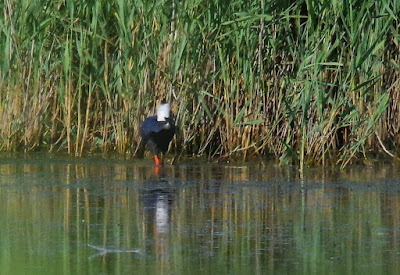 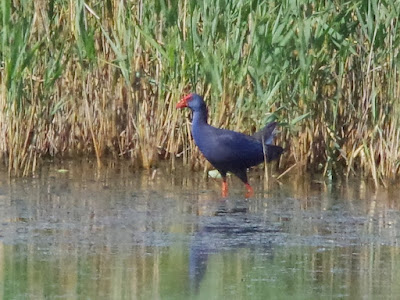 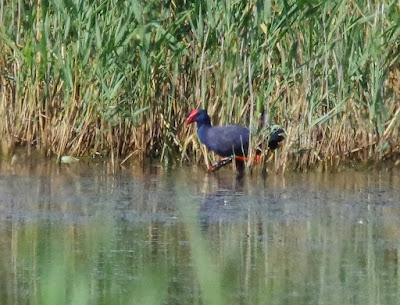 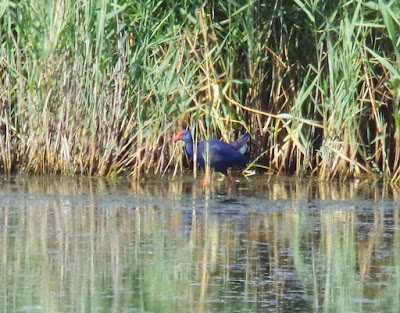 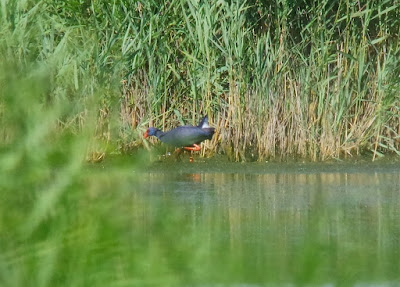