Brian had only a tiny window of opportunity today, but we seized it anyway and were in the car park at West Runton by 11.15. We followed the online instructions of a well-known bird-blogger that took us 180 degrees away from the target bird's usual haunt, but fortunately we bumped into Yare Valley regular David who led us back past our car to the car park entrance, where a delightful juvenile Red-backed Shrike performed for us at around forty yards distance. At times it was being mobbed by a Whitethroat and a couple of House Sparrows. Other birds in the same area included Wheatear and Whinchat.

A move westwards to Weybourne failed to turn up the long-staying Wryneck, which was reportedly flushed by a middle-aged couple: I have since been told that this just wasn't the case, and that these two keen naturalists had, in fact, enjoyed good views for a considerable time through their stealthy approach. We did grab photos of Lesser Whitethroat and juvenile Whitethroat, as well as a few Stonechats.

Last stop was Cley, where the Centre Hides produced four Green Sandpipers and a good number of other waders. 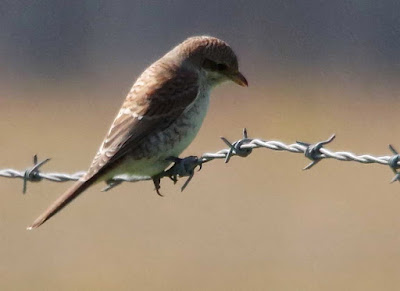 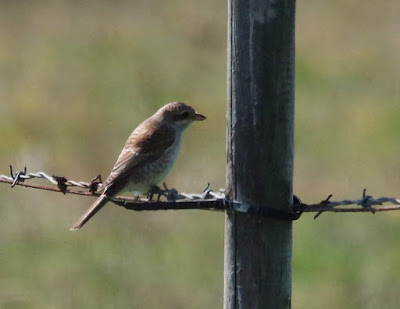 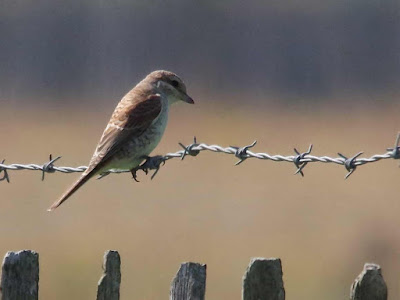 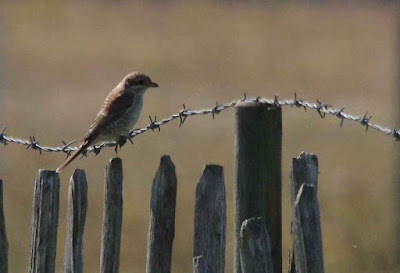 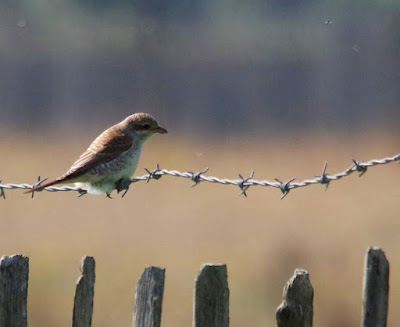 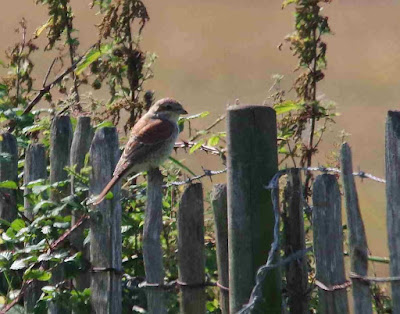 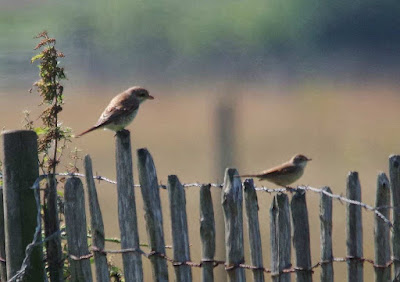 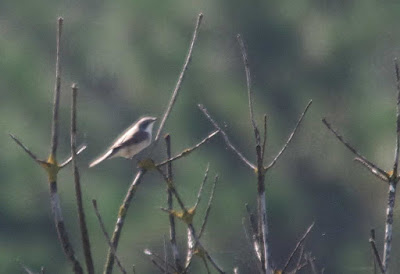 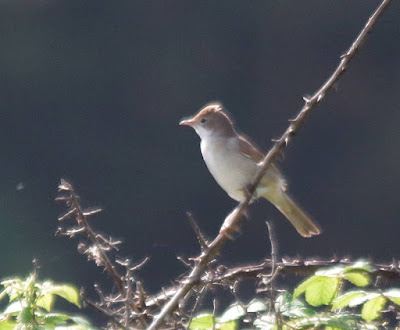 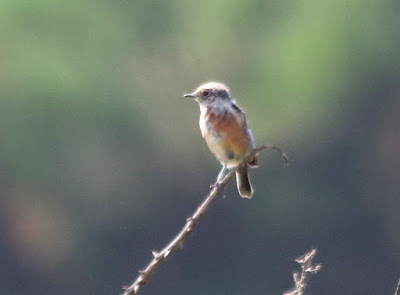 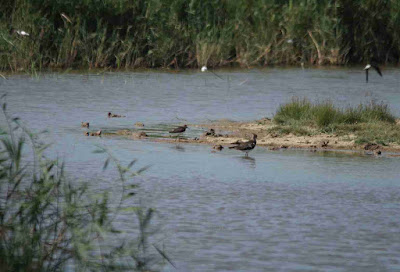 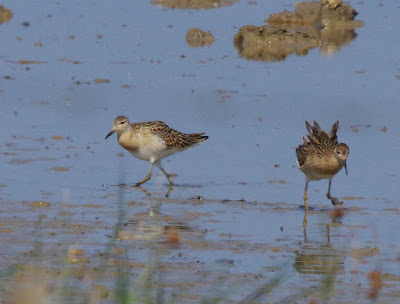 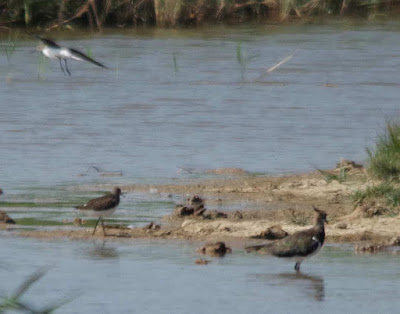