A morning on the North Coast: Dotterel at Sheringham, but little else...

Brian only had a small window of opportunity today (and the weather forecast wasn't hopeful) so we met early and were in Wells Beach car park by 8.30.

Despite a five mile walk out and back, and a long stake-out of the Dell, 'Bluetail Bushes' and Drinking Pool, all we found were several tit flocks containing some well-marked Willow Warblers and Chiffchaffs. We glimpsed a Yellow-browed and heard another calling, but that was it...

After coffee at Cley, we moved on to Sheringham, where a short walk along the coastal path found us joining a small group enjoying the long-staying Dotterel. Considering how closely people approached this bird last night (see RBA for photos!) and also how near parties of golfers parked their golf bags, the general mood was to stay back at the top of the overlooking hill. I did sneak around the side on the 'rough' to within 100m, but thought this was a case where a closer approach would have been perfectly acceptable: still - no need to get photographers a bad name! 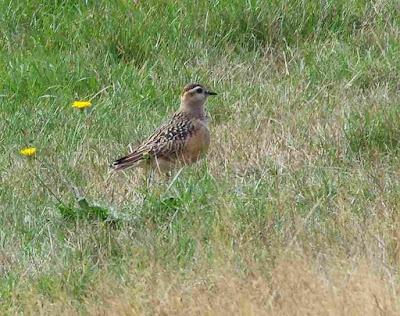 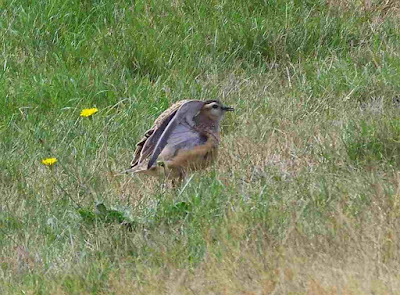 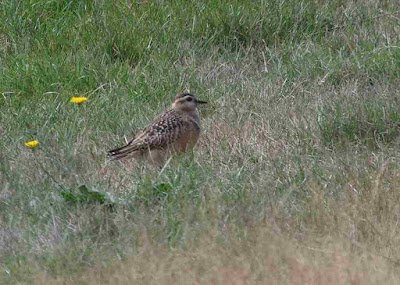 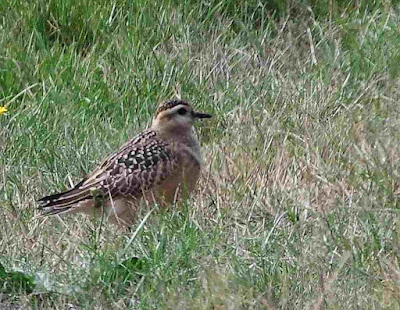 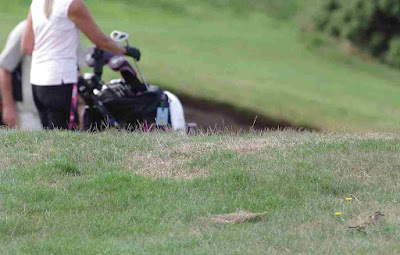 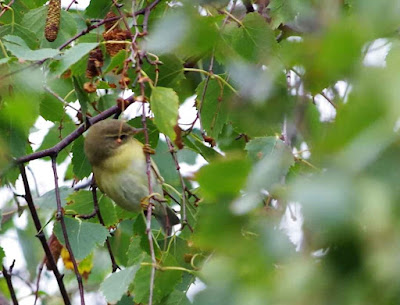 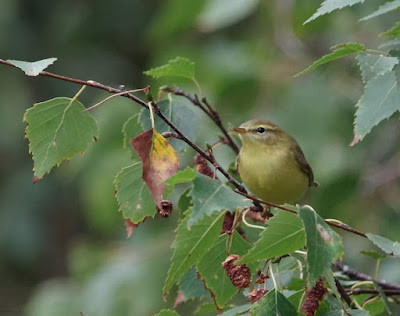 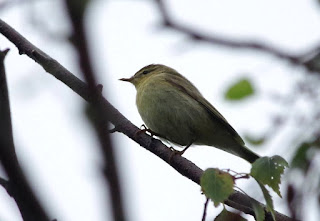 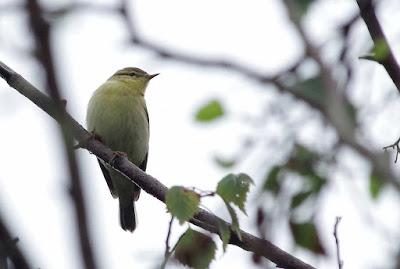 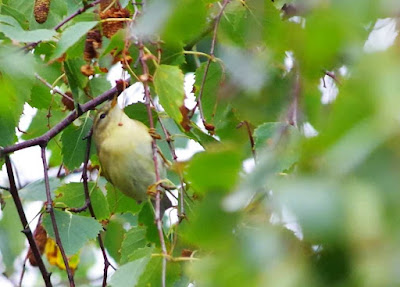