With Norman and Brian hors de combat and Martin having, apparently, been abducted by aliens, I decided to have a solo bash at the reported Red-backed Shrike at Winterton. I arrived at Horsey Gap early enough to avoid parking fees and walked southwards. Quite quickly I realised there'd been some migration: Whinchats were everywhere! Without looking too hard I counted thirty by the time I returned to the van.

Other birds included scores of Stonechats and Linnets, two Marsh Harriers and a ringtail in off the sea, while several different 'flavours' of Wheatear were on offer.

The Shrike was very elusive, but after a few brief glimpses of this, my second juvenile RBS of the Autumn, it took pity on me and hopped up onto a small oak for a couple of seconds! While I was photographing it a Common Hawker tazzed around the bush: yet again I failed to get an image!

Surprisingly, the 'Kidney Pool' held not just water, but a few Emerald Damselflies: these two had no obvious pterostigmata, and I wondered whether they might be Southern Emeralds.... 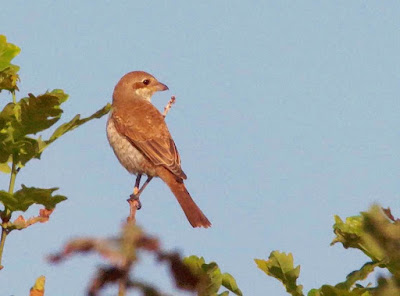 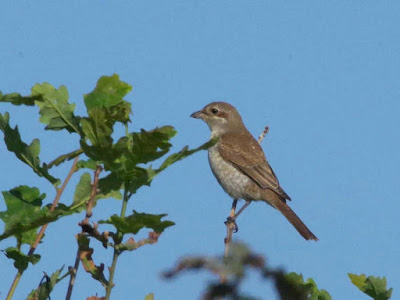 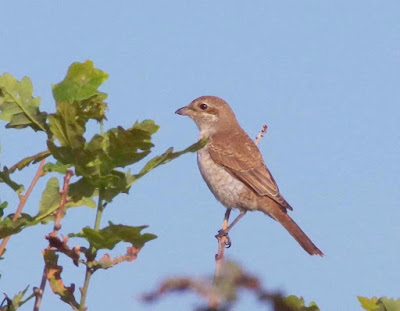 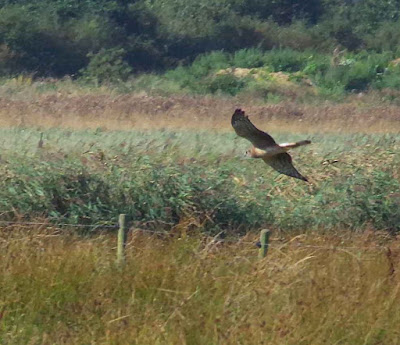 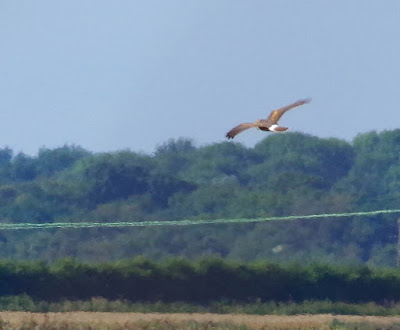 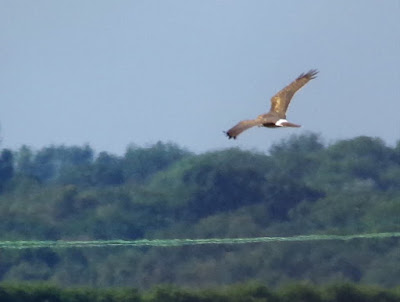 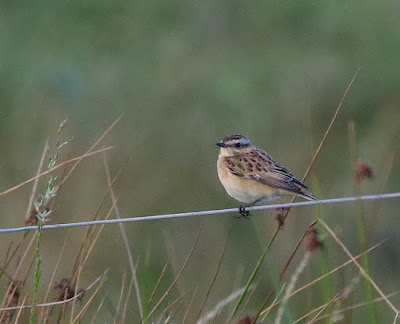 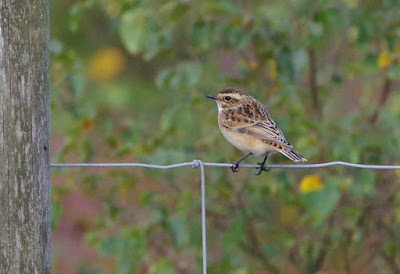 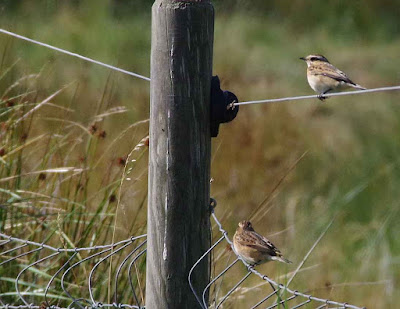 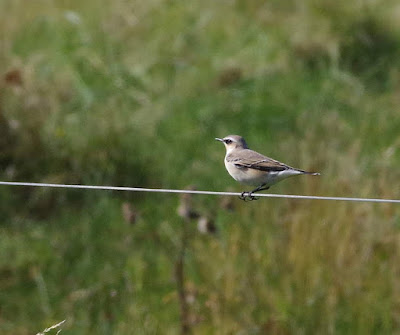 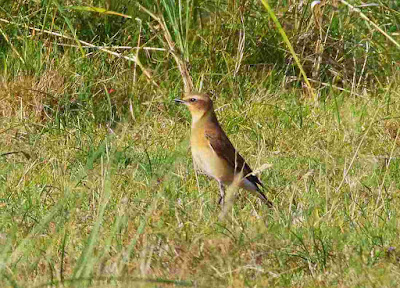 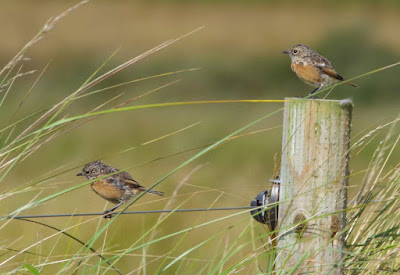 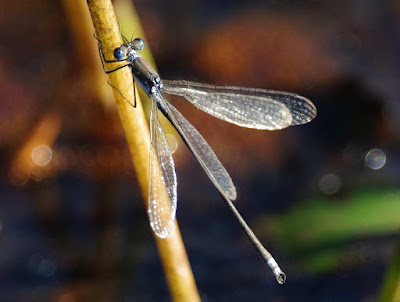 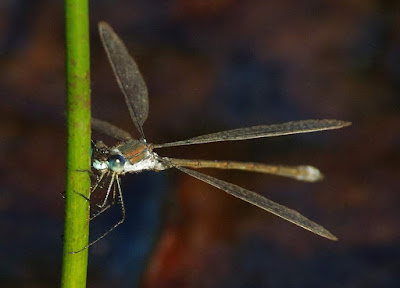 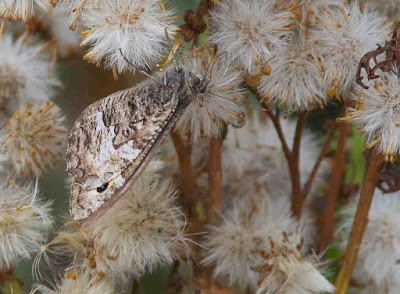 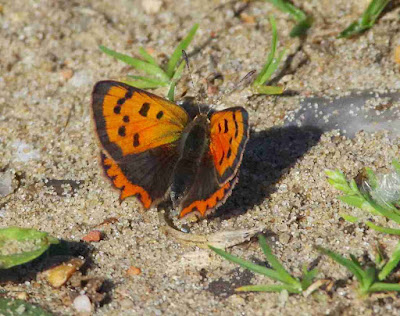 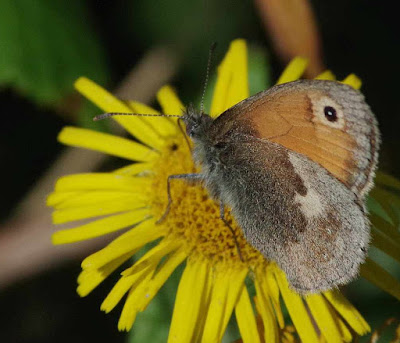