Relaxing day on the North Coast

After an early pick-up, Brian and I were walking on Gramborough Hill by 8.15. Lots of Stonechats, Linnets and Mipits, but the only unusual item was John Furze! He'd seen a Redstart and a Pied Fly, but we didn't manage to connect with either, so we left him to it and moved on to Cley.

The scrape in front of Bishop's Hide was somewhat dried up, but we enjoyed distant views of Godwits, Golden Plovers, a Curlew Sandpiper and two or three Green Sandpipers. Couple of interesting birds: one of the Golden Plovers looked somewhat slim and pale, while a small, very orangey wader crept about frustratingly distantly with the Green Sands. Every now and then a Peregrine or Kestrel would put everything up, but the wader flock never got close enough for decent photography.

A move to the centre hides added nothing to the day list, but the walk back produced reasonable views of a large, bright Greenland Wheatear.

Last stop was Kelling Quags: hardly any water, but a single Curlew Sandpiper mooched about on the mud. A few Chats and Whitethroats flitted around the bushes, while a flock of Sanderlings ran up and down the shoreline: out to sea a couple of Gannets rowed past eastwards... 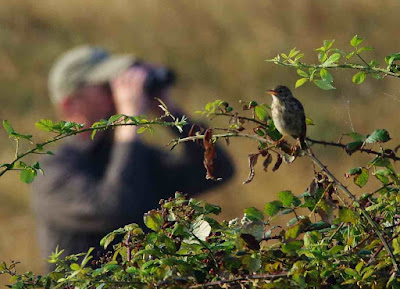 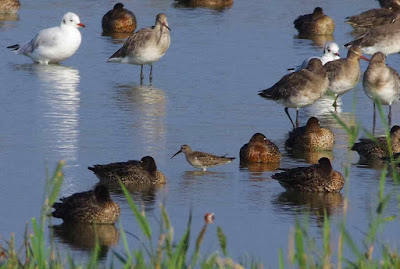 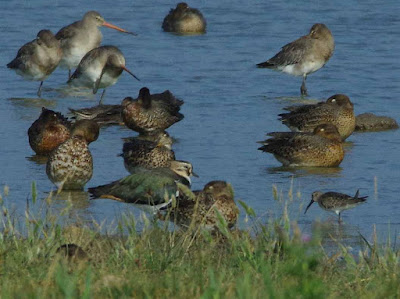 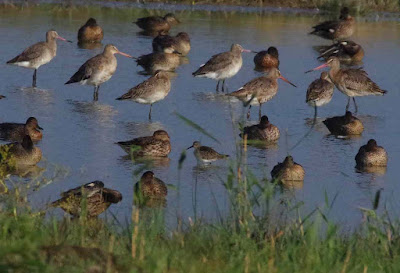 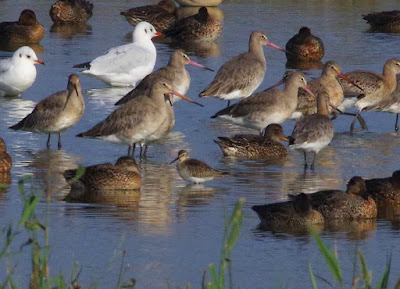 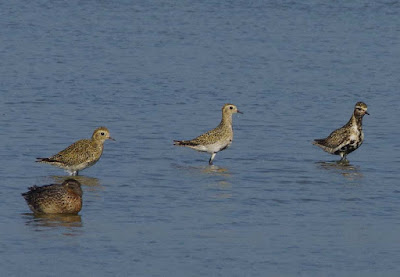 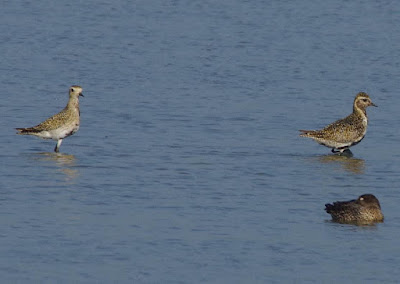 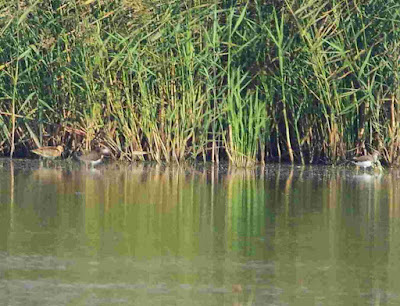 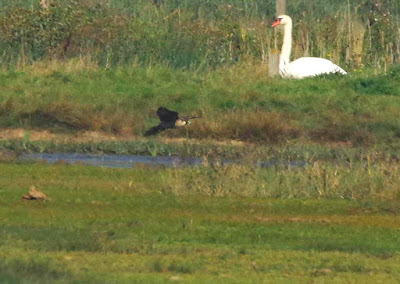 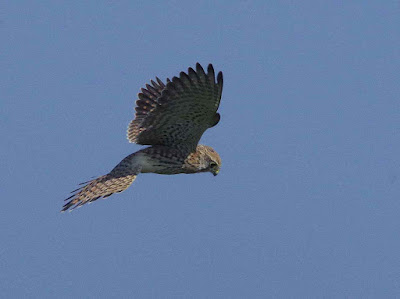 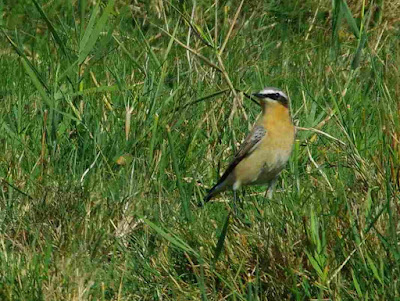 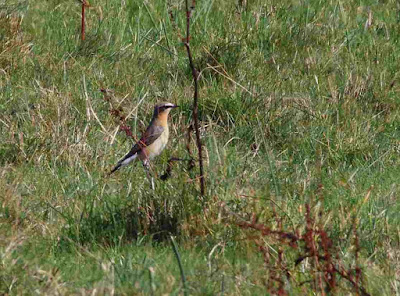 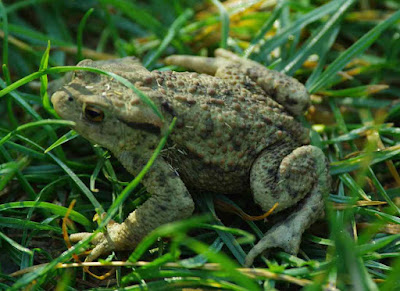 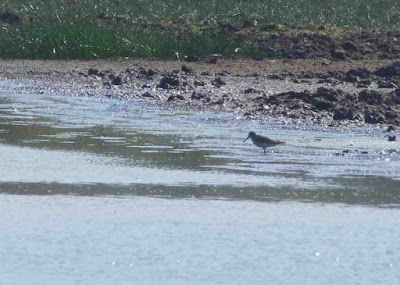 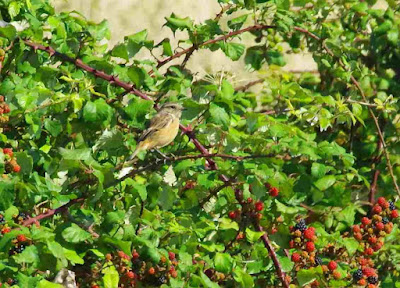 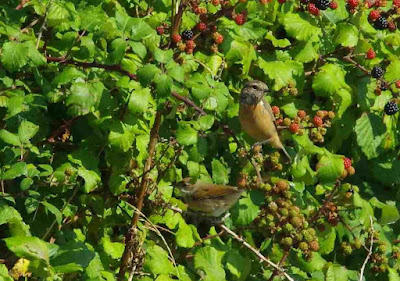 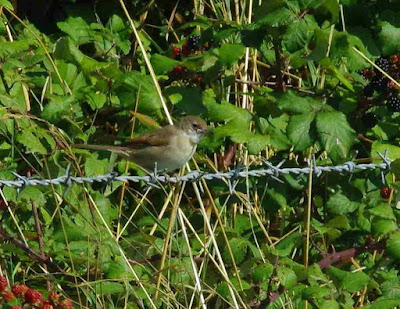 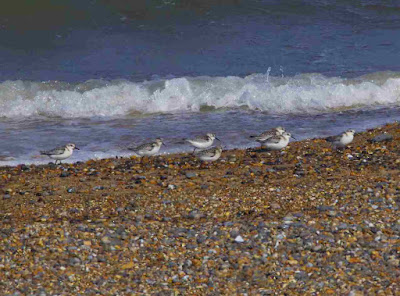 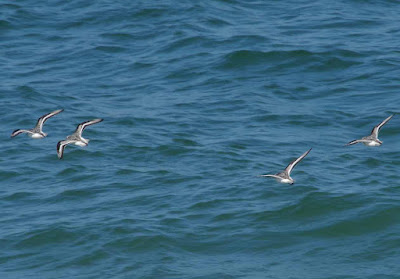