Don't believe everything you hear or read!

A few weeks ago an Eagle Owl appeared in gardens around Winterton-on-Sea, East Norfolk. Since this is only a short distance from my home, Linda and I went to have a look and were fortunate enough to enjoy prolonged views of this magnificent bird. Our friends and neighbours Peter and Sue were intrigued by my photos and, being nearby on a couple of occasions, visited the bird's favoured wooded garden: unfortunately their views weren't as definitive, but they did see it roosting in a pine. What is interesting is that while they were on site, a 'friendly local birder' arrived and dismissed the bird as a '...known escape'. He claimed the following:
Amazingly this has been accepted as fact, not only by many of the birders present at the time, but also by online forums, bird information services and a well-known female blogger. In fact none of it is true! There has been some discussion on the (somewhat moribund) Bird Forum about the Owl and, quite rightly, a possible wild origin has gained some support from some of the top names in Norfolk birding.

I really don't understand the negativity of birders who have neither seen the bird, nor, because they live in distant areas of the UK or overseas, even have the opportunity to do so. Strangely, quite a few of them have happily added sedentary birds such as the recent Paddyfield Pipit to their lists, while few people questioned the origins of Minsmere's Purple Gallinule, or the Cornish Lammergeir: even more perplexing is the fact that RBA still periodically posts the Lesser White-fronted Goose that has been touring Broadland for several years!

At a period in birding when DNA profiling is increasingly used as a discriminator, I'd suggest it's worth reconsidering the motives - and honesty - of those who set themselves up as the arbiters of what is 'tickable' and what isn't! 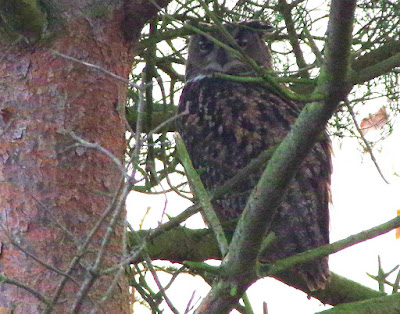 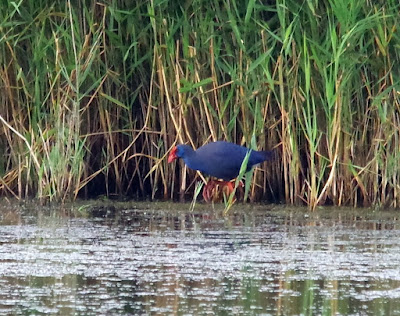 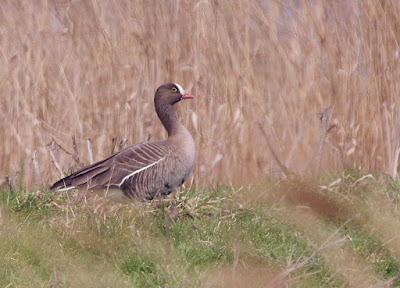