Since it was such a lovely morning, I thought I'd pop down to Buckenham to look at the wildfowl. There were hundreds of Wigeon grazing by the path, but more unexpected, two Water Rails trotted ahead of me as I walked towards the river.

Skeins of Pink-feet wiffled in to join those already on the marshes, while a scan with the binoculars revealed the presence of probably nearly a hundred White-fronted Geese. From the old mill I could pick out perhaps three larger, dark-headed geese by the 'pipes'. Another birder with a scope allowed me to confirm that they were Taiga Beans: as I was watching them a microlight flew across, putting everything up: my cue to leave!

Only sour note: as I was approaching the hide I slipped and fell heavily into the mud, apparently to the amusement of three young types with scopes and expensive binoculars. They made no effort to help or asked if I were OK: amazingly, as I walked past them, scraping mud from my camera and clothes, they asked if I knew where the Bean Geese were!

Having arrived home, showered (for the second time today) I sat at my desk stripping down my lens and camera for cleaning. Just in time I noticed the big female Sparrowhawk perched in the Sycamore and managed a few (foggy) shots! 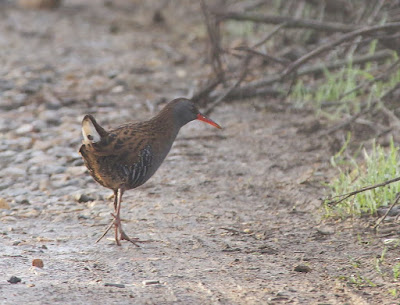 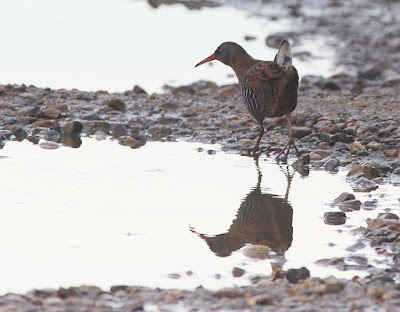 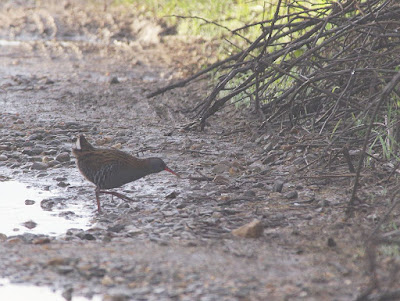 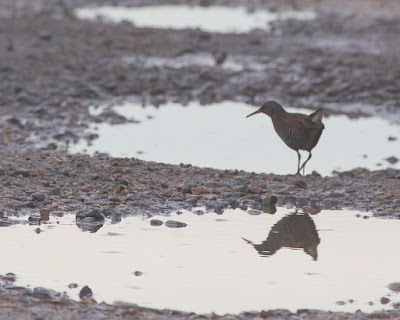 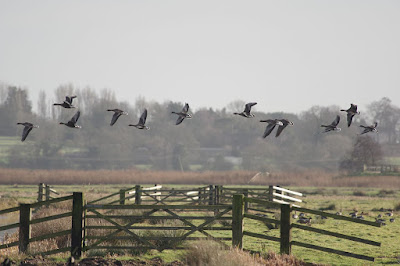 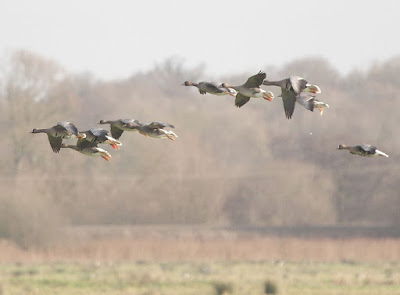 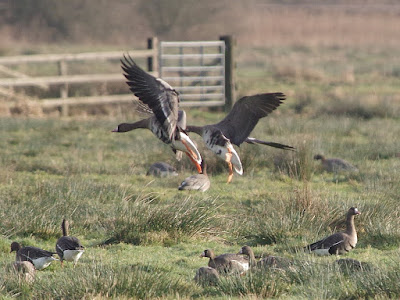 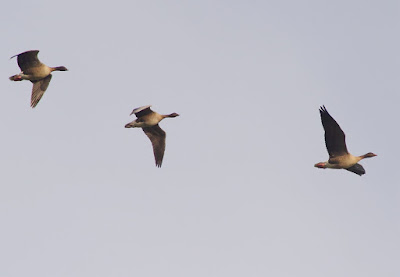 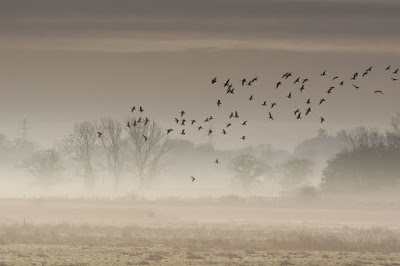 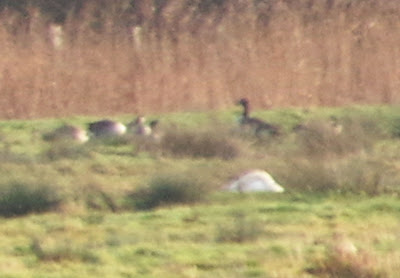 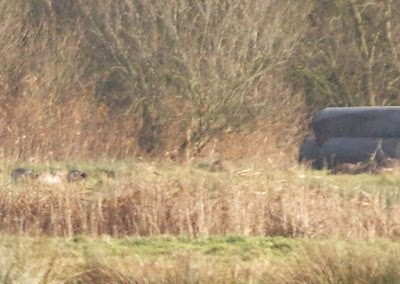 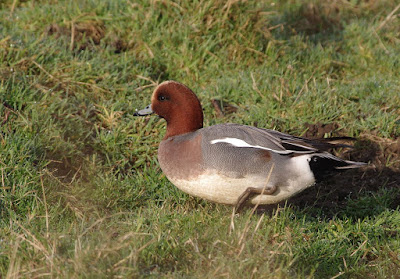 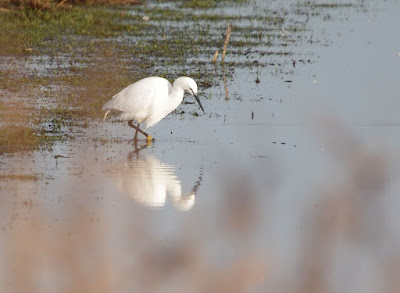 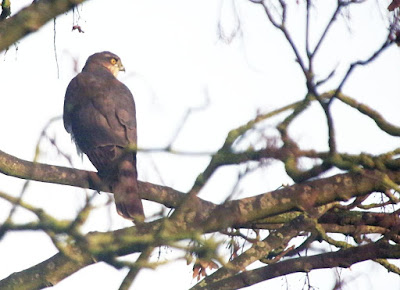